Low budget film making allows its creator free reign with no boundaries or rules. Some directors, like Trevor Jeunger (Coyote), take advantage of this and make remarkable films, ones that feel dangerous where the audience is insecure about where and how far the director will take the story and his/her imagination. This freedom to go rogue is liberating for independent horror and few take as hard a look into the human psyche as the guest on this episode, Trevor Jeunger.

Director Trevor Jeunger is currently filming his follow up to his critically embraced film, Coyote. The film which stars fan favorite Bill Oberst Jr. is currently ramping up to a VOD/DVD release through Wild Eye Releasing. For the interview, Trevor reveals how the film Coyote came to be, his approach to the story and the themes and how Bill Oberst Jr. became involved as the lead. He also describes the very Cronenbergian visual elements that are scattered throughout his films and his appreciation of Dario Argento and Alejandro Jodorowsky. Trevor tops off his interview with his thoughts and views on the current state of independent films, where the freedoms and unbridled themes are being squandered by many artists trying to copy the successes of mass media urging his fellow directors to take advantage of their imaginations and limitless possibilities before them. It’s a fascinating interview that should not be missed.

You can find out more about Trevor Juenger and Coyote at these links: 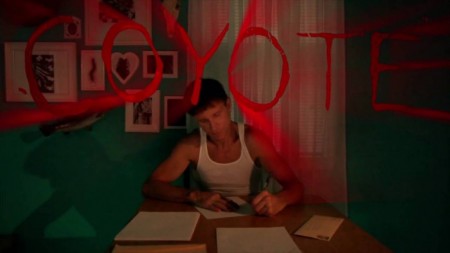