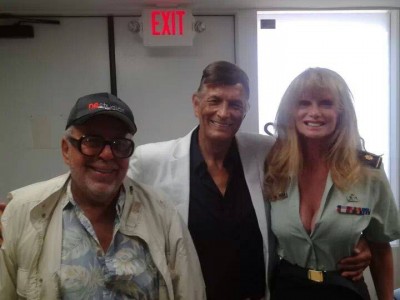 Matt Cimber, the director of cult favorites Hundra (1983) and Yellow Hair and the Fortress of Gold (1984) which both starred actress Laurene Landon as the titular heroines, is set to direct an updated remake of King Solomon’s Mines.  First published as a novel in 1885 by author Sir Henry Rider Haggard, the story has been made into films on at least six occasions.  The new film will be written by longtime Cimber collaborator John Goff.  The film will star actor Douglas Dunning and the aforementioned Ms. Landon.   George Lazenby, best known to audiences as 007 in On Her Majesty’s Secret Service (1969), is currently in talks to play a villain in the film.  The director of photography will be Gregory Hatanaka.

King Solomon’s Mines is scheduled to be released by Cinema Epoch in 2015.