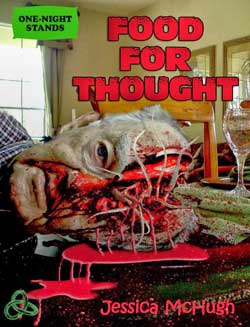 To stand out in the indie publishing world, you not only have to put out quality work, but you often have to do something to grab people’s attention and get your name remembered. Perpetual Motion Machine Publishing (or PMMP, as the kids might be calling them) is doing just that, with a relatively new series they’re calling One-Night Stands. Rather than putting out a collection of various authors’ short stories, they are instead releasing one per month in e-format and super cheap, with the idea of focusing the spotlight on just one short(er) story (and they even have a subscription option where you get a full year’s worth of stories, one per month, at a discounted rate).

Horror writers W. P. Johnson, Mark C. Scioneaux, and Tim Waggoner, and bizarro writer extraordinaire Garrett Cook, have all been featured authors in the series, among others. For her contribution to the series, Jessica McHugh (author of Rabbits in the Garden, Pins, The Maiden Voyage, and many short stories) splattered the pages with blood and gore in a story called Food For Thought.

McHugh’s narrator (Charlie) tells us right up from what has happened to him; his kids buried a knife in his skull, cracking open his head in order to get to his secrets. If that’s not enough of a hook to lure you in, I don’t know what is. He then goes on to tell us his bad luck story. His wife had cancer and was dying, leaving him to care for their two children on his own, the bills were stacking up, and he worked at McDonald’s. One day while walking home, he ran into a kid digging gold out of the ground. As Charlie got closer to examine the gold, the kid backed away, only to be hit by a van (a scene which is written very well, with food metaphors attached to his face hitting the hood of the vehicle). A bad enough situation as it stands, but then the boy’s crumpled body gets up and talks to Charlie.

Turns out, the boy was being controlled by Mechus, a demon-like creature that had attached itself to his brain in order to survive. In exchange for a host body, the demon grants wishes, something that appeals to Charlie. He allows Mechus into him, and very soon his money woes are no more. Unfortunately, when he tries to explain to his wife, she starts thinking he must be crazy. If only he’d just prove his powers by curing her cancer…

When something seems too good to be true, it usually is. In Charlie’s case, it’s not that the wishes haven’t been coming true, but at what cost. Much like you or I need nourishment to survive, so does this Mechus demon character. Thing is, he receives his energy from a slightly different source. Flesh. So as time goes by, Charlie is not only a guy with a demon in his brain, and an enabler to his two now-grown spoiled brat children, but he is also an unintentional cannibal.

Food For Thought is not only an intriguing take on the Monkey’s Paw scenario (where seemingly good fortune always comes at a price), but it is also a great short horror story with an interesting and fairly unexpected shocker at the end. As with all of PMMP’s One-Night Stand releases, this is a very short read, only about twenty-four pages, so it’s easily a quick, one-sitting story. McHugh’s writing is both gruesome and smart, putting a smile on your face in one paragraph, then splashing blood across that same smile with the next. The cover artwork, designed by Lori Michelle, is intriguing in its own right, enough to draw my attention immediately. This is well worth your hard-earned dollar, and I am looking forward to reading more of these short horror gems. 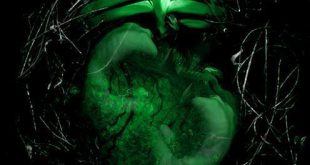 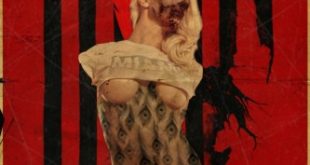