SYNOPSIS:
“In a devastated Paris in the aftermath of World War III, the few surviving humans begin researching time travel, hoping to send someone back to the pre-war world for food, supplies and maybe a solution to their dire position. One man is haunted by a vague childhood memory that will prove fateful.” (courtesy IMDB)

REVIEW:
The idea of ‘underground’ cinema is largely an American construct, a consequence of the establishment of the ‘studio’ system that meant that any independent filmmakers were effectively outcasts, and had great difficulty getting their work on to the distribution circuits. The studio system was avowedly commercial – films had to tell stories. Despite this, the term also denotes an area of work that often asks fundamental questions about the very nature of film-making. The process of film-making, and what pointing a camera at something might mean, was a question asked by the Russian Dziga Vertov in Man With A Movie Camera (1929). The abstract creative visual possibilities of film were explored by artists like Man Ray with L’Etoile De Mer (1928), Marcel Duchamp with Anemic Cinema (1926) and Hans Richter with Dreams That Money Can Buy (1947).

In 1966 the painter, photographer and experimental filmmaker Owen Land asked us to sit for ten minutes to watch dust collecting in sprocket holes on a looped film of a woman blinking. Surrealists Luis Buñuel and Salvador Dali questioned the nature of cinematic perception and narrative in their experimental films Un Chien Andalou (1929) and L’Âge d’Or (1930) as did Rene Clair with Entr’acte (1924), Jean Vigo with A Propos De Nice (1930) and Jean Cocteau with Le Sang D’Un Poete (1930). This was a tradition continued by ‘nouvelle vague’ filmmaker, writer and visual essayist Chris Marker in, for example, La Jetée (aka The Pier 1962), a short French film that has won a small cult following over the years. Written and directed by Marker, it is set after the Third World War when a group of scientists, living in subterranean vaults at Challiot, are attempting to send a man back in time.

A particularly vivid childhood memory is used as a catalyst to send their subject (Davos Henich) back through time with the assistance of certain drugs. His most vivid memory concerns a time when, as a child, he had been watching a beautiful girl at Orly airport at the moment when a man came running nearby and was killed. He is successfully sent back in time but falls in love with the girl and decides to remain in that period. When he attempts to escape with the girl at the airport he is shot dead by another traveler from the future and we realise that, as a child, he had witnessed his adult self being killed. Composed almost entirely of still photographs, the film is nearer in theme and approach to the ‘new wave’ science fiction writings of the sixties than to traditional time travel stories.

On one level, it certainly is a science fiction film about a soldier from a post-apocalyptic future who time-travels to the past to bring back provisions and, if possible, discover information that could be used to reverse the suffering of those living in the future. The soldier is selected because of his vivid memory, his ability to retain an emotionally charged, if initially baffling, mental picture from his youth. As the film’s narrator informs us, “This is the story of a man marked by an image from his childhood.” However, to reduce La Jetée to a simple genre exercise is to overlook the extent to which Marker’s brilliant new wave experiment intersects with a myriad of cinematic forms and modes of expression, as well as the socio-political tenor of the historical moment in which it was filmed.

In addition to conforming to conventions frequently attributed to science fiction narratives, La Jetée also mobilises conceits of the essay film, documentary cinema, experimental avant-garde movies and (save for one two-second sequence) the literary tradition which became known as the photo-novel. Filmed during the height of the Cold War, La Jetée also foregrounds anxieties surrounding the threat of atomic warfare and ecological devastation. Loosely remade by Terry Gilliam as Twelve Monkeys (1995), a big-budget thriller starring Bruce Willis, Brad Pitt and Madeleine Stowe, La Jetée is itself inspired by an earlier film – the Alfred Hitchcock masterpiece Vertigo (1958). Like Vertigo, La Jetée examines the power of memory on the human imagination and the impulse to recapture an always illusory and intangible past.

What’s more, in a gesture that anticipates his later film Sans Soleil (1983), Chris Marker includes several overt references, both visual and plot-wise, to Vertigo. For example, Marker’s use of conspicuous close-ups of the woman’s (Hélène Chatelain) profile deliberately echoes Hitchcock’s similar framing of Kim Novak in her incarnation of both Madeleine Elster and Judy Barton. Similarly, while visiting the ringed cross-section of a large redwood tree covered with dates, the time-traveling soldier, trying to explain to the woman the time from which he has traveled, points a gloved hand toward a space beyond the tree’s perimeter. His posture and explanation recalls a similar sequence between James Stewart and Novak in Vertigo.

As I mentioned earlier, Terry Gilliam‘s Twelve Monkeys (1995) was directly inspired by La Jetée, but the short film has gained an incredible reputation over the years as one of the best movies ever made, with dozens (if not hundreds) of references littered throughout popular culture: Zone Books published a photo-novel in 1996 which reproduced the film’s original images and script in both English and French; the short film La Puppé (2006) is a very funny homage to La Jetée; the music videos for Dancerama by Sigue Sigue Sputnik, Jump They Say by David Bowie, and In Fiction by Isis all drew inspiration from La Jetée; the lyrics of song Last Night At The Jetty by Panda Bear were inspired by the themes of the short film; and the relationship between the woman and the time traveler in both the novel and subsequent film version of The Time Traveler’s Wife (2009) takes inspiration from La Jetée; Time Magazine listed La Jetée as #1 on its list of Top Ten Time Travel Movies, and Sight & Sound Magazine (in cahoots with the British Film Institute) listed it as #50 on their list of the greatest films of all-time – ’nuff said!

La Jetée was initially released on a double-bill with Jean Luc-Goddard‘s Alphaville (1965) because of its length (only 28 minutes), but nowadays you can find the film as a special feature on the Criterion Collection DVD/Blu-ray release of Chris Marker‘s Sans Soleil (1983) which features the option of hearing the English or French narration. Alternatively, thanks to the modern convenience of the interweb, various versions in both languages can be easily found on both Youtube and Vimeo. And it’s with that rather upbeat thought in mind I’ll ask you to please join me again next week when I have another opportunity to give your cinematic sensibilities a damn good thrashing with the ugly stick for…Horror News! Toodles! 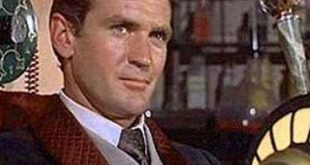 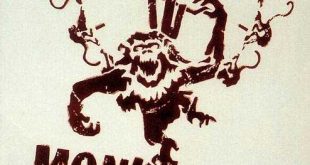