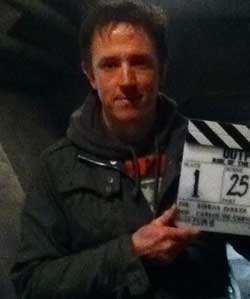 Thanks to the great staff at HorrorNews.net, I got the opportunity to speak to director Kieran Parker for OUTPOST: RISE OF THE SPETSNAZ. Take my word for it, this is a much watch for horror action/lovers. This interview personally stuck out for me because of the honesty that Kieran gives with his answers. lets get on it with it! Here’s the interview.

This is a very intense film, why did you chose to direct it?

Kieran Parker – I’ve been involved with the Outpost films since the beginning. The whole idea came from a short film I’d written, I produce the films with my wife and one of my best friends (Steve Barker) Directed the first two – so when it came to who was going to Direct the third having been there every step of the way made it a (reasonably) straight-forward decision for me to step up to the plate.

I loved the setting, where was the film shot and what challenges did you face?

Kieran Parker – The exteriors were shot on a military base in Ripon, Yorkshire and the interiors were all shot on a stage just outside Glasgow, Scotland. The biggest challenges? – with a low budget like this its always going to be time and money – any problem will always have these two issues at source. The truth is we shot the movie in 28 days and with no money – so we could never stop no matter what the issue.

What reaction do you want most from your audience?

Kieran Parker – I just want them to enjoy it – of course there are people out there who will hate it but if that’s the case then why watch it in the first place? All I want is for people to ‘get ‘ the reasons why I did things the way we did them – its always going to suffer as it is a third film in a franchise so I had to tackle that head on – this is why its much more of a straight line action/heist movie. 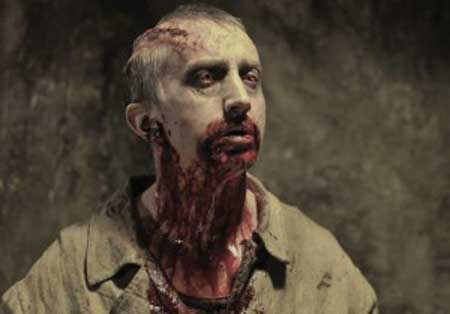 What camera did you use to shoot the movie?

Kieran Parker – We shot on the Red Epic.

Will we see you on the near future directing again?

Kieran Parker – I’ve definitely caught the Directing bug so I hope so! I have two projects that I’m working on as a Director but the financing will depend on what they think of Outpost 3!

How did it feel, being in the director chair?

Kieran Parker – Great! – as it’s a world I’m so heavily involved with it was great to have the final call on how I thought things should work out. I have worked really closely with Steve (Barker) on the previous films but at the end of the day on any movie it will always come down to the Director and so it was nice (as well as very scary) to be in that situation for a change. 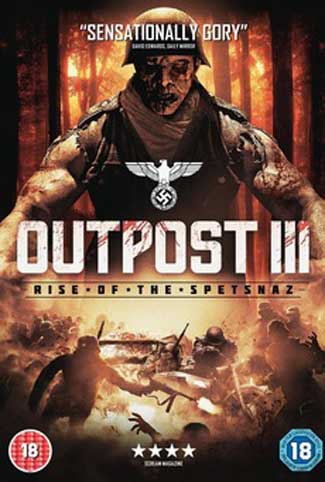 Kieran Parker – I have a cracking chase movie that were nearly there on with the script (I’m working again with Rae Bruntonwho wrote all the Outpost films) – it’s a Walter Hill meets Jerry Bruckheimer sort of gig!

What was your favorite part about “Outpost”?

Kieran Parker – I love the ‘reality’ of the movies. Of course it’s a ridiculous conceit but the fact that we’ve always played it serious and never ‘winkled’ at the audience in that whole camp kind of way is something that I think is one of the best decisions we made. Best part of Outpost 3?, I think the sniper sequence in the forest works really well and I do really like the fistfight at the very end. I’m really happy with the casting – particularly Bryan Larkin as Dolokhov and MichaelMcKell as Strasser. Also the big guy with the MG42 – how could that not work!!

Who inspires you? Who would you love to work with and on what type of film?

Kieran Parker – James Cameron and Tony Scott inspire me the most – and I want to keep doing action movies – I’d also love to get the camera off the ground so some more money would be nice! 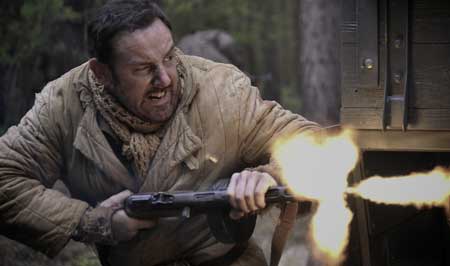 I loved the movie and definitely want to see more from you! Thank you so much!

You can catch OUTPOST: RISE OF THE SPETSNAZ on VOD starting January 21rst.as always let me know what you think and of course thank you for taking the time to read this interview. 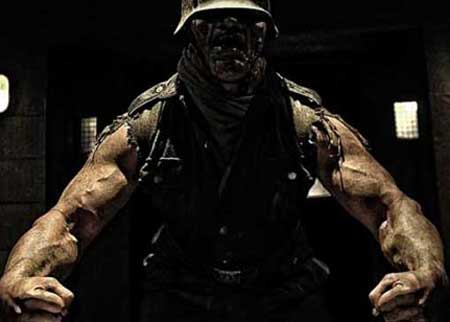