Excellent news today for director Robert Hall and his cast and crew who not all that long ago wrapped principal photography on his film FEAR CLINIC. ANCHOR BAY acquired the rights to the theatrical, VOD, digital, DVD and Blu-ray releases. Sounds like they covered all the bases.

FEAR CLINIC is of course the feature length version of Robert Green’s hit FEARnet series which focuses on Dr. Andover, played by the always amazing Robert Englund, who uses his “fear chamber” to help folks deal with their life crippling phobias.

As mentioned above Robert Englund stars but also along for the fun are Fiona Dourif, Corey Taylor, Thomas Dekker, Angelina Armani, Kevin Gage and Cleopatra Coleman.

No solid release date yet but I’m sure ANCHOR BAY is gonna want to get the word out soon so stay tuned. 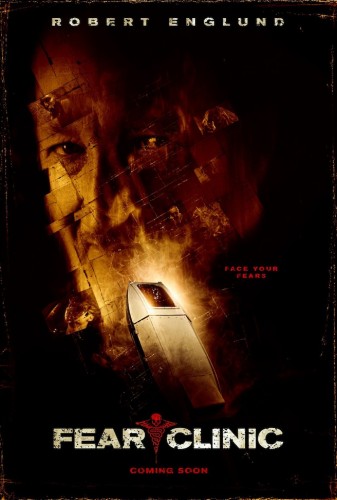