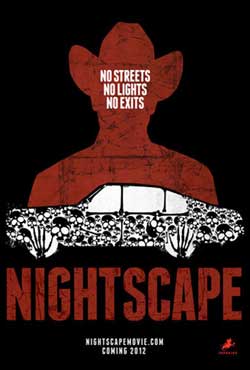 In Nightscape, an emotionally guarded drifter, Kat (Galesh), crosses paths with a phantom car responsible for a wave of supernatural violence. The drifter must learn to trust again if she is to end a lifetime of bad luck and help her new found companions survive the growing chaos and carnage.

Being a movie lover, and especially horror movies, I try to finish any movie that I start to watch.  Sometimes this pays out in the end, and sometimes it leaves you feeling like you just wasted an hour or two of your life.  It’s movies like The Cabin In The Woods, where the first third of the movie I hated it because it was so cliché, but then when you find out that’s the way it’s supposed to be and the detail put into all the little tricks makes you appreciate the movie so much more.  Then there are movies like Rubber, where you wait for the big payoff or twist, or anything really, and it doesn’t seem to come.  I’m sorry to say, but I feel like Nightscape falls into the latter category. 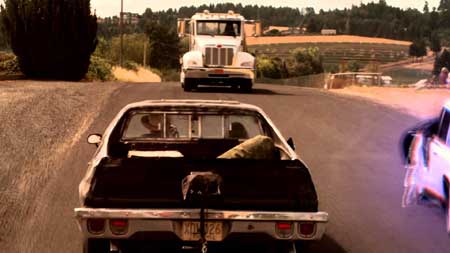 It’s very hard to try and explain this movie; I’m sure that as I watched it that I missed some small nuances that helps move the plot along.  A big problem for me was how this movie was portrayed, sometimes it feels like a grindhouse film, then it feels like an arthouse piece, then switches to a character develop movie, all with bits of religion, an ancient sea monster, and plenty of car chases.

It’s even harder to tell what decade this is supposed to take place in, they talk and have cars from the sixties and seventies, but the one character wears a shirt with the year 2009 on it.  Another scene in a bar shows a character wanting to use a telephone and the bar tender gives her an old rotary phone, but the girl has a cell phone. 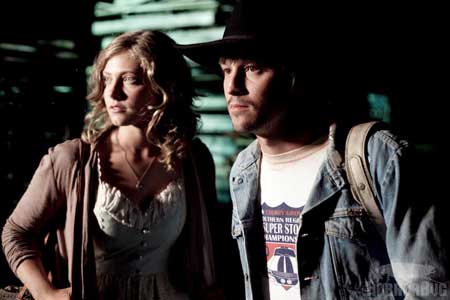 In this same scene they have two cash registers in back ground, one from the nineties and one that looks like it’s from the forties.  I don’t want to make a big deal about this, but this is what I focused on for the entire movie, I was determined that by the end I would be able to say that this movie took place in a certain decade.  I sit here writing this with that question still unanswered and still bothering me. 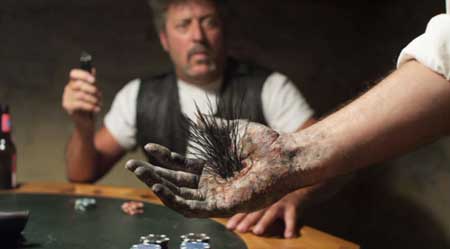 I’m going to try and summarize this movie the best I can.  We start with a car accident, where a Hispanic man pulls up and gets out to talk to one of the survivors; we later find out that this man is El Buitre (Jorge Madrid).  We get our first glimpse of the creature when some strange tentacles are seen coming from behind the wreaked vehicle.  El Buitre takes care of them and then drives off, not offering to help anyone.

Then we switch over to Kat, (Emily Galash) a reluctant drifter who doesn’t want to get involved or trusts anyone do to her “Black Luck”, and Smoke (Joshua St. James) who is ex stock car driver who permanently damaged his leg in a car accident.  They lose their car in a drag race and find themselves walking to a nearby restaurant, where they encounter a demonic force and El Buitre.  El Buitre explains that the creature was Leviathan, and then revels his religious views, which tells why he is there. 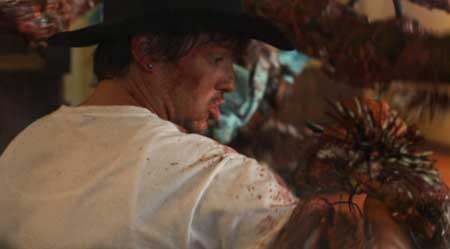 They all join forces and hold up in a hotel for the night, where Kat dies then comes back to life and Smoke gets infected by Leviathan.  Then the last half of the movie they all chase after a phantom white car that El Buitre is trying to destroy. 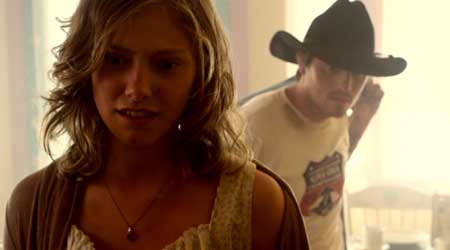 I want to say I’m sorry if anyone out there has seen this movie and got something different out of it than that.  I do what to say that I could be missing something, between the southern drawl of Kat and Smoke and the Spanish accent of El Buitre; it is very hard to comprehend and follow.  One last thing that confused me is that Leviathan is an ancient sea monster, and this movie doesn’t take place anywhere near water, unless it only takes refuge in the body since it is primarily water.  This movie just makes me keep on guessing. 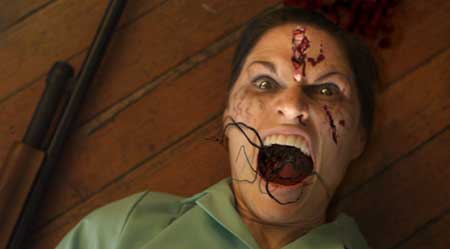 I don’t want to write all negative things about this movie, because there are some good things about it.  Some of the effects they show when chasing the car are pretty trippy and done well.  This movie seems to very visually and though the plot might be hard to follow, it is at least pleasing to the eyes.  Also the character interaction with one another is down very well, making some of their long monologues worth listening to. 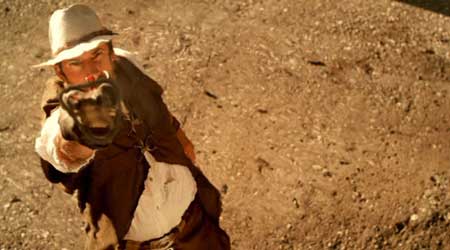