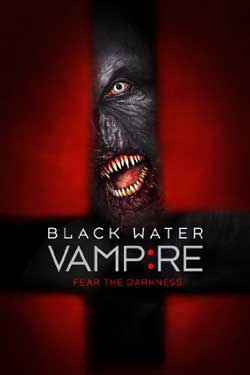 A film crew heads out to the woods to film a documentary about a series of grisly murders that have taken place in the area over the years in hopes of clearing the man who has been found guilty of committing the vile acts. Unfortunately for them they aren’t alone in the woods and soon find themselves being stalked and eventually picked off by an unknown enemy. What is the real truth behind the murders and will any of the film crew members be alive to tell the tale?

In general I don’t really care for vampires. I think that they are just boring as well as uninteresting and the only vampire movies I have ever really liked were The Lost Boys and From Dust Till Dawn. I guess I’ll have to add The Black Water Vampire to this very small list now as I thought that it was just an all around awesome movie and I had a very good time watching it. I thought that it was entertaining, suspenseful, and just a fun ride in general. Trust me when I saw that if you only watch one vampire flick this year make sure that it is this one. 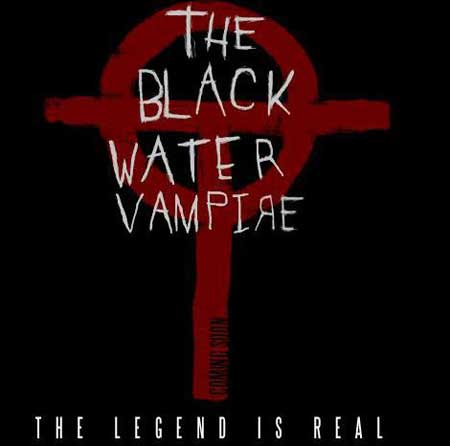 I’ll admit that I had pretty low expectations going into it. As I already said, I am not a fan of vampires and I think that the whole “found footage” thing has run its course. To my surprise though I realized early on that I was wrong as I was hooked about ten minutes into this movie and thought that it kicked all sorts of ass on a number of levels. While the premise may not be the most original in the world the movie is still very well-written and interesting. If you ask me this movie was what the very overrated and unsatisfying The Blair Witch Project should have been. This was one of the best “found footage” films I have ever seen and I have to give kudos to everyone involved as they should be proud of how great it turned out.

So why did I like it so much? In addition to holding my interest from beginning to end (the last scene absolutely rocks, by the way) it also has likable characters, a bit of mystery and suspense, and some pretty tough-looking vampires. These vampires (who resemble Nosferatu or the uber vampires from the last season of Buffy the Vampire Slayer) aren’t your typical charming vampires who walk around moaning and groaning about their lost loves, they aren’t moody and depressed, and they sure as Hell don’t sparkle. They are hardcore killers who enjoy ripping their victims to bits and if there were more vampires like them in movies I would gladly become a vampire fan. We don’t really get to see a whole lot of them (which works because it helps to build the suspense) until toward the end, but when they do show up it is worth the wait (and best of all they aren’t products of crappy CGI). They are generally creepy and without a doubt one of the only times I have personally witnessed vampires being somewhat scary in a movie. These guys don’t mess around when it comes to claiming victims, and I loved watching them go to work! 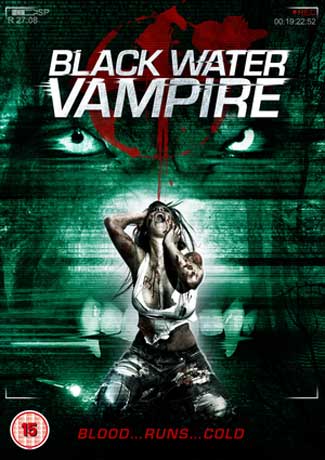 I also dug the characters as well. Danielle Lozeau rocks as the main character (also named Danielle) that comes up with the idea of doing the documentary in the first place and even though she is pushy and a little whiny at certain points I still liked her (plus her overall fate is pretty damn cool). I expected to hate Rob (Robin Steffen) at first as he comes off as a huge prick when we originally meet him but by the end he was actually my favorite character as he seems to be the only reasonable member of the group once the shit hits the fan. Bill Oberst Jr. steals the show though as the poor guy who has been convicted of the murders and even though he only has one scene he totally owns it (his performance of a mentally unstable and paranoid hick rocks and is unbelievably convincing). 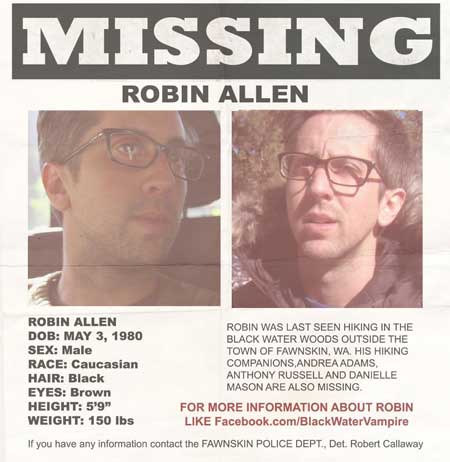 I thought that The Black Water Vampire was an excellent film and it is the first really good movie that I’ve watched this year (I know that it is early January but I watch A LOT of movies). Some people may argue that it is a Blair Witch rip off and while it does borrow some elements of that film (such as being lost in the woods, the placement of weird symbols all over the woods, and a certain scene that involves a tent) I honestly believe that this film is the superior of the two (Hell, it even borrows from A Nightmare on Elm Street at one point by way of a creepy nursery rhyme but I’m not complaining). If you’re in the mood for just a genuinely entertaining horror movie that has a great story, some awesome looking vampires and a kickass ending then this movie is for you. What are you waiting for? Go check it out as soon as possible as I guarantee you will love it as much as I did.