A couple of the big wigs at AMC have gone on the record about the much talked about, much anticipated spinoff series to THE WALKING DEAD that is supposed to be heading our way in 2015. Seems things really are not moving too much.

AMC head of programming oel Stillerman had this to say when the folks at VULTURE inquired:

“Robert has some things on his plate. He continues to write every issue of the comic and hasn’t finished season four of The Walking Dead, which he is very intimately involved with and will continue to be. That’s really in the incubation stages. The one thing that I’ll share is just an anecdote that Robert shared with us. He has such a specific vision that he laid out really clearly in the first issue of the comic book. And I encourage anybody who’s interested in the show to go read the note that he wrote in the first issue of the comic. His motivation for telling that story was so clear and so powerful, and it served as such a great north star for the show. We kicked around a few ideas, but primarily what he’s working on is, what is the idea that gives [him] as clear a mandate to make another version of this show as [he] had for the first one? What is going on [now] is a more philosophical discussion over why there should be another version of the show. Once we answer that, we’ll zero in on the specific creative.”

Short answer is, they don’t know what they want to do with a spinoff yet, at least that’s what I’m reading between the lines.

Network chief Charlie Collier then chimed in with:

“What we want to do is find something that everyone involved feels as passionately about as being a unique vehicle and unique enterprise as compared to the original series. We’ll take our time, and we’ll do it right.”

So, that sounds pretty good, right? Seems like they really want to find a story worth telling while making sure to not take away from the original show. Let’s hope that’s exactly what they do.

Sure to be tons more discussion as this plods along and you know you can count of me to make sure you know about it. 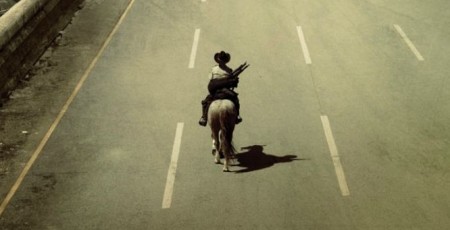