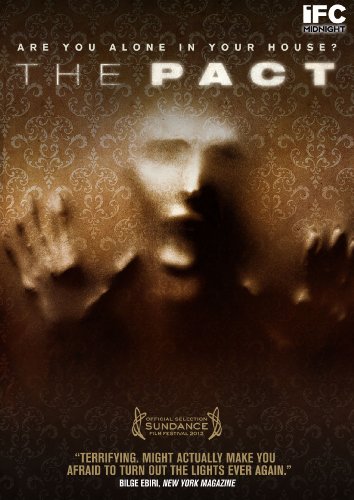 As a woman struggles to come to grips with her past in the wake of her mother’s death, an unsettling presence emerges in her childhood home.

I was starting to wonder if I’d ever find another scary movie as effective as “Insidious“. It was in my recent viewing of “The Pact“, that I had found another. Highly impressive, “The Pact” is easily the scariest movie I’ve seen this year. (though in all respect, the effective cinema verite films of last year were also quite edgy)

Reviewing “The Pact” was a case where I didn’t begin my session really knowing what kind of film it was. I suppose I was guessing it to be some kind of make-a-deal-with-the-devil movie, however The Pact is much simpler than that. “The Pact” is a ghost film. Or at least it begins that way.

Actress Caity Lotz plays the role of Annie. If she reminds you of someone you “might” have seen before, then look no further than the recent MTV series “Death Valley“, where she played the role of one ass-kicking rookie cop. 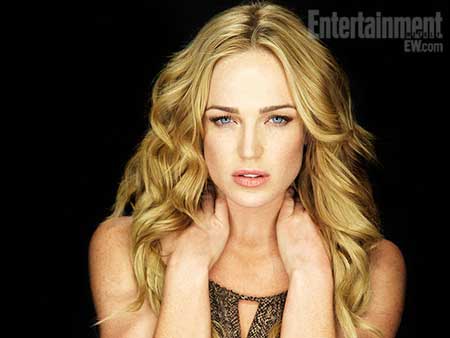 When Annie receives a call from her older sister played by Agnes Bruckner (character name uncredited at this time), she is informed that their mother has passed and that she is needed to attend the funeral. Her history of drug abuse is brought under fire, though it’s when she mysteriously goes missing shortly after that Annie decides to make the trip and check out things for herself. It doesn’t take long before lights begin to flicker and strange shapes move in the darkness. Annie is pulled up into the air and shot across the room sending her into a panic distraught from the supernatural ordeal. This is only the beginning of some pretty high energy poltergeist activity. It’s pretty apparent that it’s either mom or someone close to her that is causing all the activity,though “what” this spirit wants is unclear. 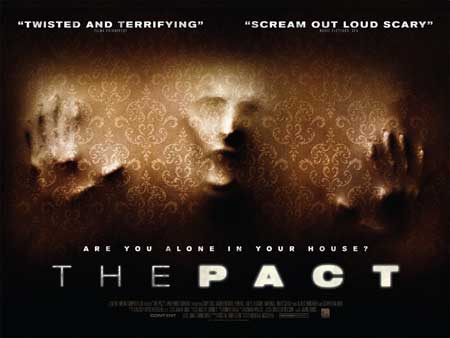 The first part of the film plays on this “ghost story aspect” with clues leading to answers of a much darker story underway. Annie who can’t seem to find her sister “also” ends up losing her cousin who disappears from the house after a sleep over.

Actor Casper Van Dien comes to Annie’s aid as she becomes under investigation for the disappearances. The 2 of them investigate the house further and discover a secret room hidden behind the staircase wallpaper. While the room is empty, it’s a step closer to the clues needed to put the pieces together. Annie calls in the help of spiritual medium Stevie (Haley Hudson) who is instantly affected by the spirit that roams the house. The is encounter adds a few of the movies eeriest moments really sending the chills for more creepy encounters. Stevie who is affected by the incident pretty hard herself later offers some advice to Annie in communicating with the spirited directly (yep those damn Ouija boards). We also begin to get a glimpse into the 2 sisters life growing up with mom (though I didn’t find it a big plot point) 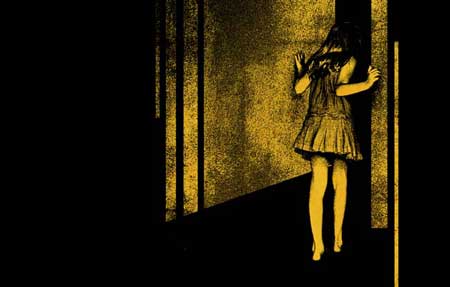 More chills come in the form of eerie photographs and clues leading to a bigger reveal about what the title of this film refers to (nope no “devil” stuff here). I don’t want to spoil the fun, so I’ll leave it at “The Pact” really holding its own in proving it can cater to the mystery-thriller audience with ease. A solid kudos on the script-writing.

I must say that the IFC has got their hand on the pulse of what really works for horror fans. The last film I remember seeing from them was the by-far excellent “Grave Encounters“. With “The Pact” delivering its scare factor with equal intensity….well I would have to say…stay tuned to “anything” that comes with their seal of approval on it. 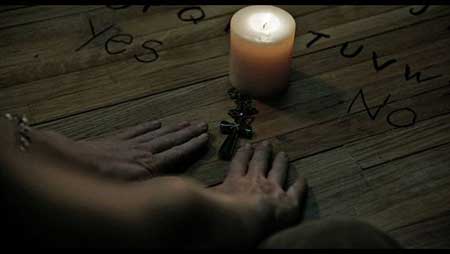 Director / writer Nicholas McCarthy has not only impressed me with his story and film, but as a director he seems to really know “what” shots get under the skin of his audience. Those long hallway frames, those fixations on dark closets that tell you that something diabolical awaits, those unnerving moments holding on a instance that drips with tension….these are the elements of a great horror film. If you thought this year’s “The Innkeepers” was edgy, then your gonna want to spend a quite night with this. 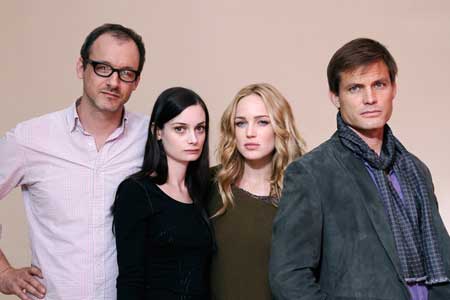 In closing it always puts a smile on my face to discover a new gem among the stacks of uninspiring garbage these days. “The Pact” is just the film for a edgy night of horror and suspense.