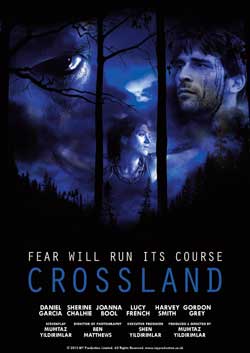 A young jogger named Jason is out doing what he loves, running cross- country. Unknown to him, the runner trespasses into a private property, and is soon lured into a self-sense of security. What seemed like a routine run in the countryside, turns into a heart-pounding nightmare. Fear will run its course. Will Jason ever escape to tell the story?

It would probably be fair to say that there are very few, if any at all, films that contain a message regarding trespassing. Yes, that’s right…trespassing. Crossland is possibly that sole example of this underused sub-genre, although one of the problems is that it’s impossible to know about how affecting this terrible affliction of society is until around two thirds of the way through when a character embarks on a monologue about the evils of said unpermitted wandering. Until this exposition moment arrives Crossland is simply a bad film. 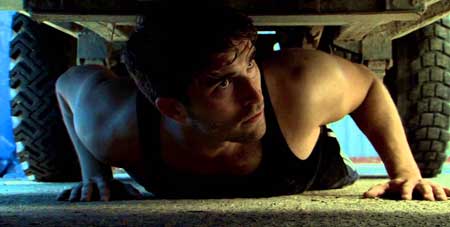 There is little in the way of plot with Crossland. Jason (Daniel Garcia) is out jogging when, while passing through some woodland that is apparently unfamiliar to him, he begins to suspect that someone or something is watching him. Slightly panicked he sprints as fast as he can for the edge of the trees and emerges into a field. A few moments later a young woman Nicole (Sherine Chalhie) follows him into the clearing, seemingly under the same belief that there is something strange going on in the woods.

As it turns out the attractive Nicole is actually bait used to lure virile young men to the woods so that they may be assessed by her unusually obsessive country family. The “parents” are so determined to find the right partner for Nicole that if the young man in question fails in any way (showing a lack of courage appears to be the first challenge) then they are simply murdered. Nicole, sensing that this routine may go on for some time tricks her family and convinces Jason to help her escape. 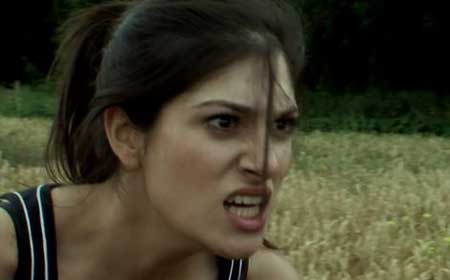 For the most part Crossland is a run-of-the-mill attempt at horror about unusual folks living out in the country. There are many films of this type and there is nothing original in the story to warrant even the smallest semblance of interest. This blandness continues throughout with the 73 minute running time quickly becoming tedious and dragging towards a conclusion that while having one or two momentarily interesting twists fails to raise even a flicker of enjoyment.

The performances of the leads are reasonable but it is the supporting cast that really struggle. Both the parents and the incidental extras are so contrived and wooden as to give the impression that they were just tourists out for a stroll who were roped into appearing in a film. At no point are they at all believable or convincing in their roles and if honest, are pretty dreadful. 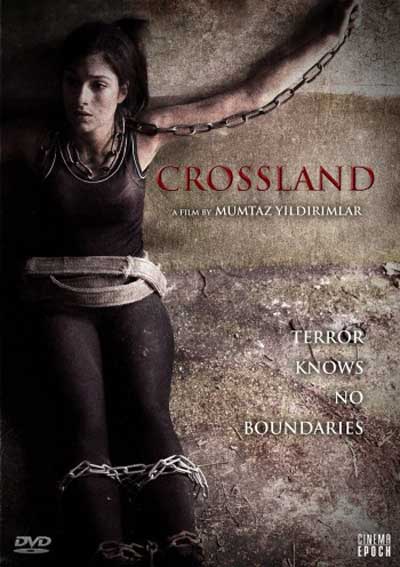 Then there is the monologue on the evils of trespassing. There are surely few more poorly conceived or curiously misjudged periods of dialogue in recent films. There is obviously an argument that trespassing affects certain areas of society but these are surely very specific areas and it is probably fair to say that general audiences will not see the pure and total horror experienced by landowners who have an occasional hiker invading their field. This inevitably leads to amusement rather than any kind of empathy at the family’s troubles and is scant and flimsy justification for murderous judgement, even in a horror film.

In the end, as stated above, Crossland is a bad film. The short running time feels at least double the actual minutes and the plot is so weak as to be dismantled by any audience with even the most basic questioning. There is nothing here to warrant wasting even the briefest of periods in the company of these characters. In fact, going for a walk through a field, perhaps with a little trespassing intent, would offer more scares and interest than this film.