The New Beverly Cinema in Los Angeles is presenting a double feature of This Island Earth (1955) and It Came From Outer Space (1953) this coming Sunday and Monday.  The latter film is often cited by filmmaker John Carpenter as an early influence. 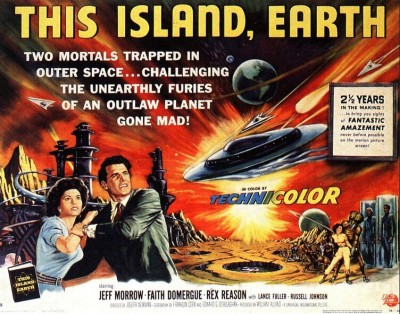 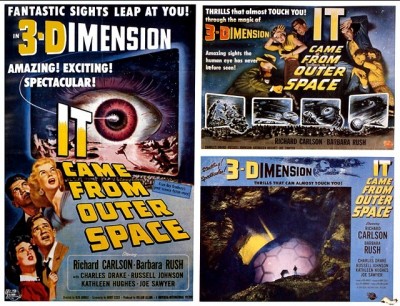 It Came From Outer Space stars Richard Carlson, Barbara Rush, Charles Drake, Joe Sawyer, and Russell Johnson.  The film is scheduled to be presented in 3-D as it was fifty years ago, so this is a rare treat.  Projected on 35mm film.

Tentatively scheduled to appear at the 7:30 pm showing of This Island Earth are Rex Reason, Kathleen Hughes, and Barbara Russell.