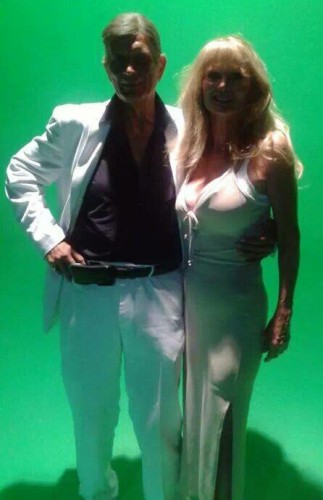 Cinema Epoch is following in the footsteps of other studios by not only acquiring and releasing catalog titles to DVD; they are also producing their own films. The studio is currently planning the following projects beginning in 2014 and will feature actor/voice over artist Douglas Dunning and actress Laurene Landon (from Yellow Hair and Hundra): Samurai Cop 2: Deadly Vengeance with Mark Frazer, and potentially Robert Z’Dar and Gerald Okamura, to be directed by Gregory Hatanaka; Return to King Solomon’s Mines, a tentatively titled film with Mark Frazer, also to be directed by Gregory Hatanaka; The Dolphins of Pompeii, a big budget animation feature; and a proposed remake of Diabolik.

Mr. Dunning is also in discussions to star in a sci-fi film take off of Outland; a new Western to be directed by Matt Cimber; a horror film called The Cat Man; Der Toten Corp; The Prey; Monsters R Us, a horror-musical in the same vein as The Rocky Horror Picture Show; Proving Ground: The Adventures of Captain Redlocks, the first of a proposed trilogy of sci-fi films in which Mr. Dunning will be the voice of Cypress, the ship’s computer, written and to be directed by Kevin Kraft; a Western titled Caution, written and to be directed by David Lee Madison (Mr. Hush); Night Traveler: Prophecy of the Elder, an animation feature in which he is the voice of Chief Inspector Grist, written and directed by Ralph Asbury; he is the voice of Wolfgang the Werewolf in the upcoming John Semper, Jr. live action/animated feature Creeporia; and he plays Zeus, the shell-shocked father, in Noirland, directed by Ramzi Abed.

Mr. Dunning also not only acted in but was also the camera operator on the last film to be shot in 65mm, Philippe Mora’s Strange Matters, which was shot in 2002 and is premiering this year.  This film stars the late Zelda Rubinstein of Poltergeist fame.

May 2014 will see the debut in Cannes of a documentary of Mr. Dunning’s life, Resurrecting Doug Dunning.