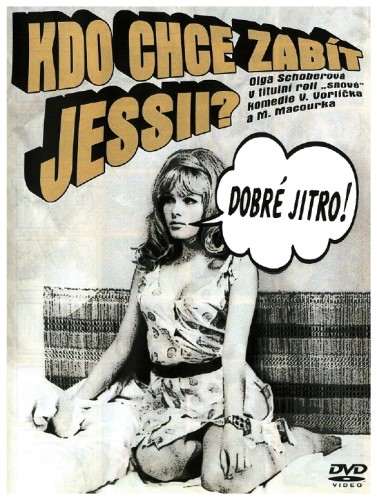 SYNOPSIS:
“What if someone had an absurd dream and the visions ran out in the street? A scientist asks Rose, a researcher who discovers a way to engender beneficial dreams (to produce contented, productive workers). There’s a problem: after an injection of her elixir, dream elements become real. Rose learns this after dosing her husband Henry to stop his dreaming about Jessie, a curvaceous comic-book heroine who has anti-gravitational gloves he needs to study so he can solve a problem at the factory where he’s chief engineer. Henry wakes up with Jessie asleep next to him pursued by a cowboy and a super hero. Jealousy consumes Rose. All this plus satire aimed at the Czechoslovak state.” (courtesy IMDB)

REVIEW:
Czechoslovakia and the Czech Republic has long been a source of many acclaimed filmmakers. The first Czech director-cinematographer was Jan Kříženecký who, from the mid-1890s, filmed the world’s first newsreels. The country’s first permanent film studio was founded by Viktor Ponrepo in 1907 in Prague, and sound was introduced in the film Když Struny lkají (1930), after which the Czech film industry experienced a boom period which lasted until World War II. Barrandov Studios opened its doors in 1933, becoming the largest film studio in the country and one of the largest in Europe, often referred to today as the ‘European Hollywood’ or ‘Hollywood Of The East’. Famous genre films of the fifties include The Emperor And The Golem (1951), Proud Princess (1952), Journey To The Beginning Of Time (1955), Once Upon A Time There Was A King (1955), The Fabulous World Of Jules Verne (1958), and The Princess With The Golden Star (1959). 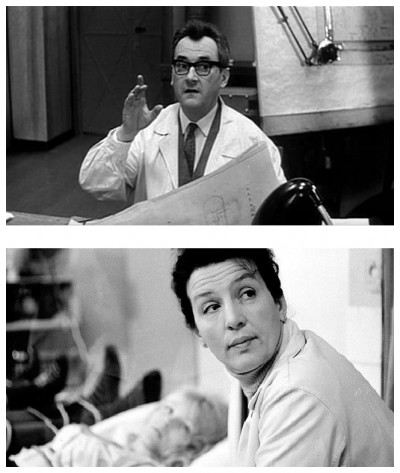 By the mid-sixties, the Czech film industry was reaching its second boom by winning two Oscars for Best Foreign Language Film, one for The Shop On Main Street (1965) and another for Closely Watched Trains (1967). Late August At The Hotel Ozone (1967), set in a hotel after a worldwide cataclysm has destroyed most of human life, concerns a group of women survivors of a nuclear war who are desperately searching for a man to continue the human race. They eventually locate one living in a large ruined hotel, but he turns out to be too old to be of any service. This bleak and depressing film was in direct contrast to another Czech movie entitled Who Wants To Kill Jessie? (1966). Written and directed by Milos Macourek and Vaclav Vorlicek, this is the hilarious story of three comic-strip characters who are inadvertently brought to life and cause chaos in the real world. 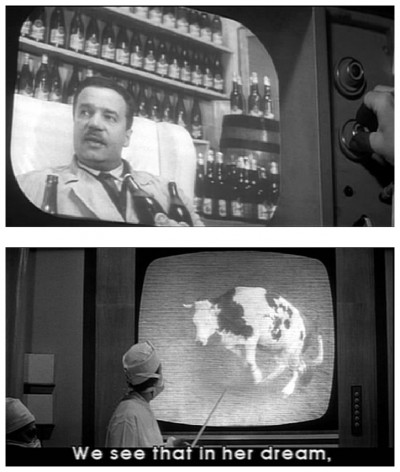 It was originally conceived purely as children’s entertainment, but the filmmakers soon realised its potential as satire. The story concerns an overworked scientist named Henry (Jiří Sovák) who becomes obsessed with a newspaper comic strip featuring a voluptuous and intelligent heroine named Jessie (Olga Schoberová), who is constantly being pursued by two uber-villains: an evil cowboy named Pistolnic (Karel Effa) and character not unlike Superman named…well, Superman (Juraj Visny). The scientist’s overbearing wife Rosie (Dana Medřická), who also happens to be a scientist, invents a somnioreparation machine – by connecting a special headset from a sleeping person to a video screen, Rosie’s machine is able to project the sleeper’s psyche to an audience of onlookers, and has the ability to transform nightmares into sweet dreams. 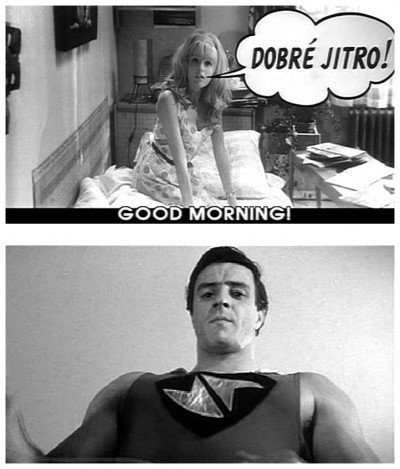 Following in the Mad Scientist tradition so familiar to fans of genre cinema, Rosie’s technological reach exceeds her grasp, when it turns out that somnioreparation has an unsuspected side-effect: It allows the elements in a person’s dreams to materialise and run wild in the real world and, of course, this is precisely what happens when Rosie uses her invention on her poor husband’s head when the lights go out. Henry is fixated on the sexy super-heroine Jessie featured in a black-and-white comic strip entitled Who Wants To Kill Jessie? As busty as she is brilliant, Jessie is herself an inventor of (among other things) anti-gravity gloves which give an ordinary person the strength of ten men. Rosie’s jealousy backfires when Jessie shows up in their apartment – to Henry’s delight. Unfortunately, however, her arrival is accompanied by a pair of Jessie’s arch-enemies, the above-mentioned Pistolnic and Superman, both of whom want the secret of the anti-gravity gloves for themselves.

They promptly wreck the place and then continue their anarchic chase across the city, much to the consternation of Prague authorities, who eventually capture the formerly fictional characters and put them on trial. The trial itself is a very funny sequence, particularly since the comic-strip people can communicate only by speech balloons that appear like circular billboards above their heads whenever they speak. At one point the judge asks a clerk to swivel one of Jessie’s ‘balloons’ around in his direction so it can be read more easily. They are finally sentenced to death but the authorities find it impossible to kill something that wasn’t technically alive in the first place. The film ends with the scientist married to Jessie, the object of his fantasies, but realising to his horror that she’s beginning to sound exactly like his first wife. 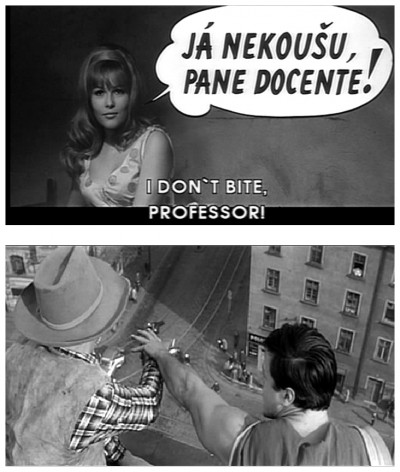 Despite the fact that this exhilarating film wasn’t widely distributed outside the Czech Republic, a Hollywood remake was considered starring Jack Lemmon and Shirley Maclaine as the scientists, and original actors Olga Schoberová, Juraj Visny and Karel Effa were signed up to reprise their roles as the comic-strip characters. The project broke down after the occupation of Czechoslovakia in 1968, which is a terrible shame, given the way the film anticipates the much more famous works of household-name filmmakers such as Sam Raimi, Tim Burton, Charlie Kaufman and Jean-Pierre Jeunet. After the success of this film, writer Milos Macourek wrote another comedy in which a shy average man is confronted with larger-than-life comic-strip-style situations, entitled Four Murders Are Enough Darling (1970) and directed by Oldrich Lipsky. As in Who Wants To Kill Jessie, the filmmakers once again used the skills of comic artist Kaja Saudek.

The actress who played Jessie, Playboy centrefold Olga Schoberová, became the inspiration for a new comic character named Muriel in two graphic novels scripted by Milos Macourek and illustrated by Kaja Saudek: Muriel a Andelé, and Muriel a Oranzová Smrt. Both books were completed in 1969 but, after the occupation of Czechoslovakia and subsequent political changes, were not allowed to be published until two decades later, following the so-called Velvet revolution in 1989. Having demonstrated to you the perils of probing the dark depths of Czech cinema, I’ll vanish into the night, but not before inviting you to rendezvous with me at the same time next week when I shall seize the opportunity to discuss another dubious treasure at you for…Horror News! Toodles!