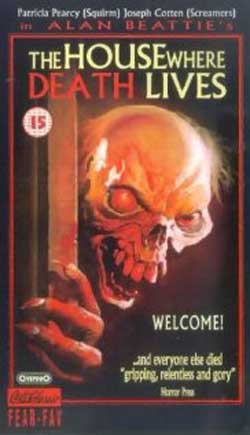 A nurse goes to a house to care for a crippled old man. Then people in the house start being murdered.

Read the title of this film again.
Now have a think about it. Don’t rush yourself, really consider the logistics.

It doesn’t really make sense as a film title, does it? Especially one that doesn’t feature zombies. No matter what angle you approach it from, The House Where Death Lives just doesn’t make sense as a title. But hey, why should that matter if it looks good on a film poster, right? This is a film that goes through all the motions of a good horror flick in the hopes of rubbing shoulders with the horror greats, like The Haunting. 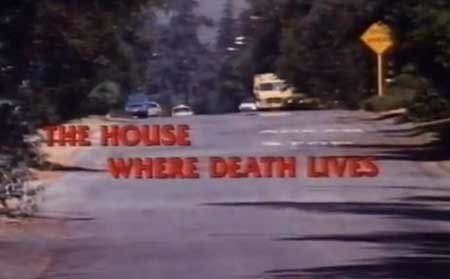 The fact that the film was originally entitled Delusion feels bitterly ironic really.

We follow in the footsteps of a nurse, Meredith, who narrates the story of how her mother died in a letter to her father. In the weeks prior, she goes to a suburban house to care for a paraplegic old man, played by Joseph Cotton in one of his ‘whatever’ roles. While staying there, she meets the old man’s sensible lawyer, Jeffrey, and his wayward grandson, Gabriel.

It will surprise many people to discover that this is not based a novel, because it plays out like a pretty lazy adaptation of one. Meredith makes a point of explaining the obvious, committing the cardinal sin of ‘Telling, not Showing’.
“I heard a noise,” she’ll say, and lo and behold, a noise shall be heard.
“He was flirting with me,” her calm voice will reflect, when this can clearly be seen.

“How could I have been so naïve?”

How indeed, Meredith? How indeed?
Bizarrely, this narration simply fades out halfway through, which presumably is to allow for a quicker pace in the second half. A clever move, but then, if you’re slapping yourself in the face to begin with, stopping is always going to seem like a clever move when you’ve set the bar so low. 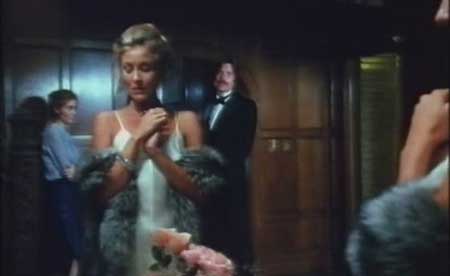 It plays out like a murder mystery, but set in a haunted house without ghosts. As mentioned, it goes through all the motions but fails to actually capture that elusive horror element, making it less than the sum of its parts. This is a shame, because there is enough material here to make a passable slasher movie or decent ghost story, but not both.

In an early scene, Meredith explores a hidden room in the dark, a genuinely chilling sequence of high standard, which the film never reaches again. In reality, dull melodrama is the most apt description for this film and it all comes down to being just so much salad dressing and not enough meat on its bones. It wants to be a classic, like The Innocents (which also had its fair share of melodrama), but this is more of a ‘me too’ effort than anything else.

Meredith, as a character, is given a bit of an edge when it is revealed that her drunken father raped her mother in front of her as a child. Her preoccupation with the binary between violence and sensuality is captured exquisitely in a scene where she is distracted by a man who is trying to fend off a dog in heat. In later scenes, as she begins to suspect individual people of murder, it should be interesting how they are also potential love interests.

However, the film feels shallow, limp and half hearted in dealing with this exciting subject matter. The protagonist with a tortured childhood is a theme that has been done many times before in horror, and with much more enthusiasm. The House Where Death Lives isn’t incompetent; it just lacks passion from both its director and its leading lady.

There is a wonderfully raunchy sex scene between Meredith and Gabriel, one that is laced with tension due to a number of factors. He is underage, they are in a house full of people with adequate hearing, and of course, he may potentially be a murderer. However, when the scene ends, the temptation to ask “Is that it?” just becomes too much. It is a tense scene, but it amounts to nothing whatsoever. 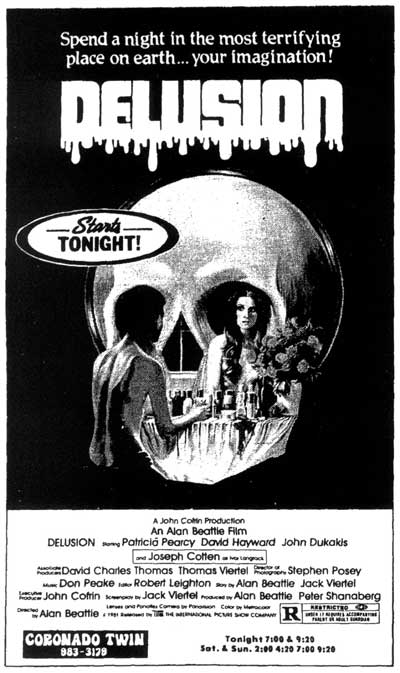 The blame for this lies with Meredith more than anyone. John Dukakis may have been a 23 year old playing a teenager, but he at least gives a solid performance as Gabriel and the only real standout of the film. The rest of the cast are all offensively bland, with each being routinely characterized by a lively introduction before becoming completely forgettable. An alcoholic butler, a sassy cook and a sleazy lawyer? It sounds like an episode of The Addams Family, but they all amount to a bowl of unflavoured rice pudding.

When you get down to it, what The House Where Death Lives really needs is an identity to call its own. It’s too busy aping the classics to do its own thing, and it just feels like a copy/paste job. The final act features the inevitable wander through the dark house, with Meredith anxiously peering around every corner. Yet, what is supposed to be the final nail in the coffin lid is just routine and uninspired, in the very literal sense.

There is a sprinkle of intrigue in its subject matter, and the occasionally good performance, but overall, this is a movie for someone more concerned with appearances than the heart and soul of horror itself.