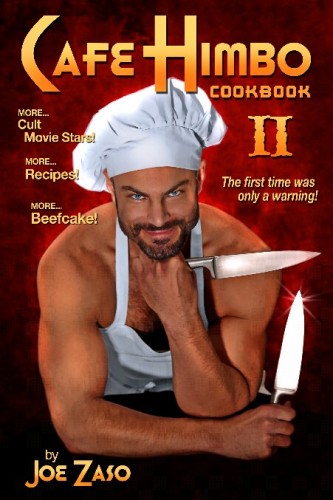 You can also see some recipes prepared by the aforementioned actors and actresses by going to Youtube and doing a search on “Café Himbo.”

Joe, who will be seen in Martin Scorsese’s upcoming film THE WOLF OF WALL STREET, will be appearing at the Chiller Theatre Toy and Model Expo in Parsippany, NJ on October 25 through October 27, 2013.