Home | Some Sales Art Shows Up For Stephen King’s CELL

Some Sales Art Shows Up For Stephen King’s CELL

As happens with so many films, the road to the big screen has been an odd one for Stephen King’s CELL. Originally slated to be an Eli Roth flick it is now in the hands of Paranormal Activity 2’s director Tod Williams with John Cusack still cast in the lead. Last news we got was that the film was to start lensing a month or so back but there has been no other news since so I’m thinking it hasn’t actually geared up yet but something must be going one because today some sales art showed up. 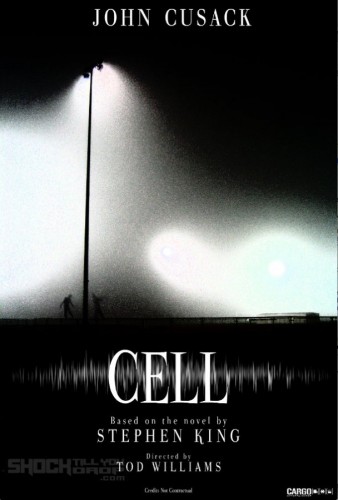 While simple, I think it works!

The story of course is about a signal that get sent over the cell phone lines that turns all who hear it into crazed killers. Should make good fodder for a film. As soon as some solid info comes in on the project, you’ll know about it.