Taking a long drive through Los Angeles traffic during rush hour usually sucks. But when your about to visit your first premier you could care less. Thanks to “Film District” I was doing just that. We parked our rental at “Universal’s City Walk” and proceeded down towards a crowds frenzied roar. There it is, “The Red Carpet”. Picked up my movie tickets at a booth and walked right up to some very big security guards. Showed them my pass and walked right beside some of horrors best. About 3 feet from the end of the walk was the incredibly talented “Joseph Bishara”. As soon as I said I won the casting call contest he interrupted and said “oh yea, your Michael!” Yea, I felt like a badass! After expressing my fandom towards him I walked inside the theatre to free popcorn and sprite, found my seat and waited for the show to begin. 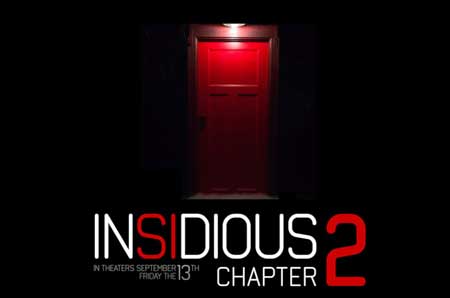 Minutes before the movies expected start time the lights dimmed and 2 figures can be seen in front of the huge screen. It was no other than “Leigh Whanell” and “Jason Blum”. They spoke on behalf of “James Wans” hectic schedule and then got into the good stuff. “We didn’t want any fakes scares such as a cat jumping out” said Jason. “We want every scare to actually be something terrifying. They then thanked everyone for coming out and the movie began to play. Now I am not going to get into the movie too much. But let me tell you, Leigh is a bloody genius. This has to be one of the most clever sequels I’d ever seen. As soon as the movie ended the crowd burst into an applause and an overall positive energy could be seen in everyone’s face. I could have left city walk here and still had a night to die for but wait, there’s more!

As we walked out the theatre we then saw signs everywhere pointing towards the tram stop. I boarded the noisy tram to a very high energy driver. “Who’s ready for the after party!” Yelled the driver. He drove us over to the middle of an abandoned “Universal Studios.” As we walked up to the unexpected sound of the Miley Cyrus – “We can’t stop we were now at the location of the best night ever. All around me was the cast and crew of the film. And the cherry on top of the ice cream (besides all the free food) was the Halloween Horror Nights exclusive maze “Insidious – Into the Further.” 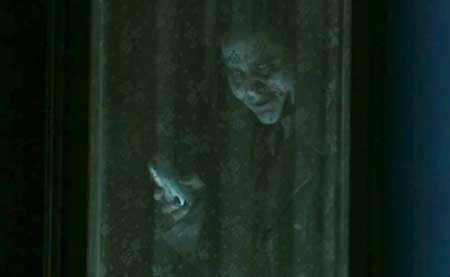 We met up with a guide to walk through the beautifully crafted maze. The outside was a replica of the house from both movies. You walk in and are instantly placed into the mad realm known as “the further.” I didn’t know what was more awesome, the maze or the cast that surrounded me. In this house you encounter elements from both movies. Leaving the movie and immediately going into this maze really let me truly understand the skill and imagination of universal art team. Per request I have a video of the maze (spoilers throughout). When I walked out I was shocked to see the brain behind Halloween Horror Nights Hollywood “John Murdy” standing in front of me. After talking with him it was party time!

This was my favorite part because celebrities always have a bad rep. I don’t know if its just with the “Insidious” cast but they are all down to earth and simply awesome people. The first people I met up with was Ty and Ryan Simpkins. They have very great heads on their shoulders and even showed me around. Because of Ryan I had the opportunity to meet “Angus Sampson” who has a positive energetic vibe. I easily can understand why people love working with him. I met up and had conversation with practically everyone there but there is one that needs to be talked about. I finally met “Leigh Whanell” and he took the time to give me the advise and encouragement needed to be successful. He truly is a hero of mine and now more than ever. He and everyone there really loved their movie and worked their asses off on it. Insidious Chapter 2 is now playing in theaters everywhere. Big thanks to Film District and Blumhouse Productions. 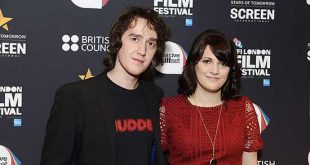