When the subject of their “conspiracy theory” documentary, an outspoken theorist Terrance G, suddenly goes missing, Aaron and Jim find themselves drawn into a far deeper mystery than they ever could have imagined. Confiscating the paper clippings and personal notes from Terrance’s apartment, Aaron begins to piece together evidence that leads him to a secret society called the Tarsus Club. Jim reluctantly follows Aaron on a fool’s journey fearing for his best friend’s sanity as his friend continues to focus on the new-found obsession.

Part of what makes The Conspiracy, from director Christopher MacBride, work so well is the film’s documentary style mixed effectively with found footage. The film feels like it would be playing late night on the History Channel or some similar channel, buried in the unknown channels between standard cable and the movie channels where Honey Boo Boo, Adam Savage & Jamie Hyneman from Mythbusters and Si Roberston from Duck Dynasty rule the air waves. It creatively and realistically establishes the story its two main characters are intending to tell. It illustrates the mental state and charisma of the filmmakers’ initial subject, Terrance G. MacBride, and gives just enough information about Aaron and Jim to invest the audience into their film and their story. The audience followings closely along as Terrance goes mysteriously missing and Aaron begins to unravel as he strives to uncover the truth. It’s an intriguing and captivating idea even if the story itself does not always stand up to the most modest of scrutiny. The story has a lot in common with The Blair Witch Project in tone and in pacing, leading up to a finale that is tense and frightening. Unfortunately it lacks a punch at the end to make it a more memorable experience, but it is likely to resonate leaving its audience with an uneasy feeling, especially those who have stronger feelings about Big Brother and conspiracies in general. 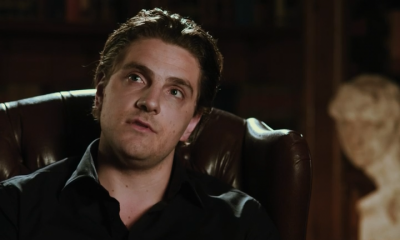 The story begins with Aaron and Jim filming the rants and ravings of Terrance G, a conspiracy theorists who stands at street corners with a megaphone looking to convince everyone that the world is not a free world. His arguments are far fetched but his conviction is compelling. Then Terrance goes missing, not heard from or seen in weeks, his apartment ransacked. Aaron and Jim are able to collect Terrance’s newspaper clipping and chronological map from the debris taking them home in three large trash bags. Obsessed with the mystery, Aaron begins to piece together the evidence leading him to discover a single newspaper article about a secret society called the Tarsus Club. This leads him to locate the author of that article, Mark Tucker, who agrees to be interviewed as long as they obscure his face and voice. The closer Aaron gets to uncovering the truth the more unraveled he becomes and the more concerned Jim becomes for his friend’s sanity…and safety. Then an invitation arrives followed by horror. 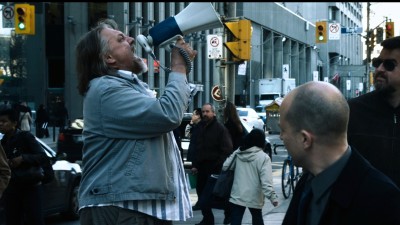 From the first time he appears on camera, Alan C. Peterson as Terrance G is the strongest component that sells the concept of the entire picture. His personality and sheer conviction are fundamental to grounding the film and setting the paranoia needed to fuel the second and third acts. When asked about what if they do not listen to him, he turns to the camera and responds “Are you listening?” – he nails it, it is a that moment the film informs its audience they already know too much. Even after Peterson is out of the picture, his presence is continually felt which is quite remarkable. The idea that Aaron and Jim would decide to film a documentary about Terrance G requires a strong, enigmatic, magnetic personality and Alan C. Peterson is that guy. He draws you in, sits you down across from him and weaves his tales of madness and deceit; it is chilling. 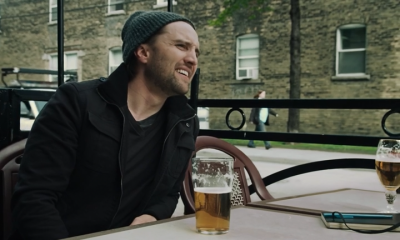 Aaron Poole and James Gilbert as the documentary filmmakers are equally convincing which the film requires. Aaron is especially convincing as begins to follow Terrance descent into madness and paranoia. The Conspiracy is essentially his character arc, the choices and sacrifices he makes to commit to uncovering the truth putting himself and his close friends at dire risk. It also serves the mechanics of the film wonderfully as well with his conviction to capturing everything for his documentary film providing the logic for the cinema verite film style. His performance is enhanced by Jim’s friendship and deep concern for Aaron’s safety. He represents the audience’s connection to the story and James Gilbert brings a feeling of history and brotherhood to the role that invites the audience into Aaron’s story. They become the modern day Hardy Boys of found footage; but, instead of a mystery, they find a long hidden ritual of horror. 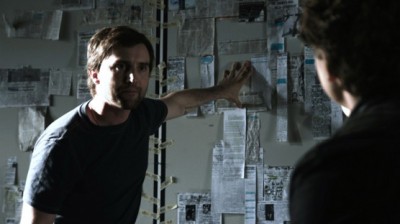 The conspiracy angle itself is what both elevates The Conspiracy and keeps it from reaching greatness. The film brings in interviews with specialists and experts that hammer away the exposition in a recognizable and unobtrusive fashion. It is effective in backing up the paranoia and the mental instability of someone who gives into their fascination with conspiracy theories too completely. In that respect the film works marvelously. However, when the film tries to back up the idea of secret societies, it is more a mixed bag. It works far better when the script works to integrate the ideas into historical events with famous interviews and speeches from past US Presidents and World leaders suggesting they may speaking about the Tarsus Club and its focus on a “New World Order.” When it connects, the effect is quite chilling. However, when it comes to the secret society itself, the film weaves a too convenient ramping into uncovering the “truth” – in other words, all the discoveries do not necessarily feel earned. Some of results of Aaron and Jim’s investigations fall too easily into their laps that make it hard to believe that the Tarsus Club could ever remain a secret society. The more that balance falls into the film’s favor, the more the audience will enjoy the film’s outcome and story.

The Conspiracy is a terrific example of mixing found footage and traditional documentary film styles. Injecting the filmmakers into the story, along with their determination to reveal the truth through their film, allows the found footage to take hold without becoming overly contrived. Alan C. Peterson is a compelling on screen presence as Terrance G, the conspiracy theorist who begins as the film’s initial subject. The film relies on him to set up the entire tone of the film to which Peterson accomplishes admirably, memorably. Director Christopher MacBride has two strong leads as the documentary filmmakers, Aaron Poole and James Gilbert. Their natural and convincing friendship us keenly responsible for both the later paranoia and madness due to Aaron’s obsession and the participation and investment of the audience due to Jim’s deep rooted affection and respect for his closest friend. The mystery is also entertaining and thought provoking with the injection of historians, historical film clips and specialists into the narrative ground the film in reality convincingly enough to keep the audience tagging along, grasping at clues and gasping in horror. The Conspiracy is an effective film that tackles the common fear of most of humanity, that their lives are not as much as their own as they are led to believe, that there are high ranking officials across the globe guiding the world into a vision that is neither shared nor entirely clear – until you look closely, perhaps too closely for your own good.