It’s probably safe to assume that at one time or another everyone has entertained the notion of living forever. But, have they only viewed this fantasy in a bright light, never considering the negative side. Based on a tale written by Charles Beaumont this episode deals with that very subject, the downside of living forever.

And, as was becoming the standard norm with each episode, trials presented themselves. The challenge in creating the twentieth episode was being able to film the climax scene, when the character grows quickly old. This required a tight alliance between both the director of photography (George Clemens) and makeup wizard (William Tuttle), who coincidently, won the very first Academy Award presented to a makeup artist five years later for his outstanding work on The Seven Faces of Dr. Lao. Nonetheless, with CGI not yet invented, alternatives and ingenuity worked hand in hand to develop the three needed makeups, each making the man appear older and older. Tuttle, having tricks up his sleeve, was the perfect man for the job. First utilizing basic and simple aging lines created in red, since the show was filmed in black and white, color wasn’t a primary concern and the lines, under red stage lights, were completely invisible. By changing the lights from red to green while filming the lines magically appeared. Steps two and three were more modernized, incorporating heavier makeups and a mold of the actor’s face in order to retain the character’s overall general appearance. Through meticulous work, Tuttle and McCarthy pulled off the episode’s pinnacle flawlessly.

Walter Jameson (Kevin McCarthy), a college professor for the past fifteen or so years, always has a full class, interested and enthralled with his compelling lectures, discourses so detailed it is almost as if he had lived them.

Many times a fellow colleague will sit in too and in the most recent class, when he had discussed the journal of a Civil War soldier by the name of Hugh Skelton, fellow professor and potential future son-in-law Samuel Kittridge (Edgar Stehli) partook, finding the discussion so fascinating he was compelled to research this Skelton further.

After dinner that evening, following research that turned up an actual photograph of the Union officer bearing a striking resemblance to Jameson, Kittridge confronts his colleague, convinced that Jameson and Skelton are one in the same. Jameson initially denies, but when Kittridge shows him the photograph of Skelton wearing the same exact ring that Jameson now wears, deniability is futile. 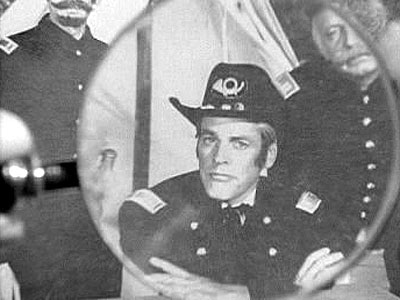 Pleading and prodding with him for the secret to a long life, Kittridge questions why a man has such a short life to begin with, assuming that a long life can only entertain knowledge. He tries tugging on Jameson’s heartstrings, revealing that he is fearful of death.

Jameson acknowledges that he is the same man in the picture, and in fact, had known Plato, but also warns that all is not what it seems; that everlasting life has grown tiresome and that he would welcome and embrace death if he could. An amazed Kittridge listens attentively as Jameson proceeds with the tale of how he once met an alchemist who changed him, giving him what he too embraced as a gift, but over time realized was a curse.

Kittridge wonders how, over hundreds of years, Jameson had not once been involved in a detrimental or even fatal accident. Jameson mentions that some men are just lucky that way and that it was somehow due to fate. He informs Kittridge that he too is afraid of death, and there is a gun in the top drawer of his desk that he puts to his head every night. But, being a coward, he cannot bring himself to end it all.

The revelations and added insight force Kittridge to re-think and he appears to understand and accept. However, since Jameson does not age, Kittridge will not consent nor allow him to marry his daughter Susanna (Dody Heath), informing Jameson that if he tries, he will reveal the secret. Jameson says that no one will believe him, that after any such revelation he will only be thought of as a senile old man with crazy notions. 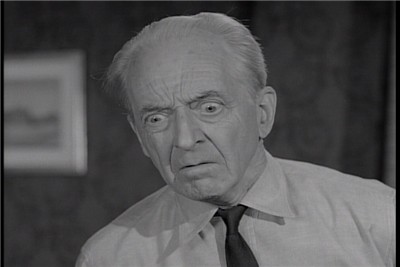 Susanna appears and Jameson convinces her to elope. She returns upstairs to pack while Jameson heads to his home across the street to do the same.

Yet again, sitting at his desk with the pistol, he is unable to do the deed and sets the gun on the desk. Hidden in the shadows is an extremely withered and worn woman, a Ms. Laurette Bowen (Estelle Winwood), a former wife of Jameson whom he abandoned. She appears and Jameson doesn’t recognize her until she speaks, mentioning that she had read his engagement clipping in the newspaper. But, this isn’t a social call, she is a woman scorned and has come to stop him.

Grabbing the gun from the desk, she shoots Jameson and hurriedly leaves.

Kittridge, having heard the shot, comes to investigate. The two men have time for few words and Kittridge watches as Jameson ages quickly before dying, eventually becoming nothing but dust.

Next time – People Are Alike All Over