Remember SEE NO EVIL, the KANE vehicle that came out 7 years ago, yeah it’s been 7 years. Jeez.

News broke today that WWE and Lionsgate have green lit the long past due sequel and KANE will be reprising his role of the menacing Jacob Goodnight the axe wielding lunatic who loves to kill.

The big news here is who they have chosen to direct. The Soska Sisters will helm this sequel and that my friends is all good. The girls love the genre and as their latest release AMERICAN MARY has proven, they know how to make a movie.

The press release explains all so read on:

WWE Superstar Kane, a dominant force within the WWE, is set to reprise his lead role as reclusive madman Jacob Goodnight in See No Evil 2. Fanboy favorites and identical twin directors of horror the Soska Sisters, Jen and Sylvia (American Mary), are set to helm the film. See No Evil 2 was penned by co-writers Nathan Brookes and Bobby Lee Darby.

See No Evil 2 revives the nightmare of the first film when Jacob Goodnight rises from the dead in the city morgue after his killing spree at the Blackwell Hotel. In this ominous, underground locker for the dead, a group of medical students fight to survive as the deranged psychopath once again starts to pick them apart one by one.

Lionsgate will handle worldwide distribution of See No Evil 2, while WWE Studios will utilize its extensive global reach through television, digital and social media, and print assets to market the film.

“We are so pleased to extend what has been an ideal partnership with Lionsgate,” said Michael Luisi, President, WWE Studios. “Their expertise in distributing and marketing thrilling genre films complements our own vision and efforts for these movies perfectly. We are equally excited to work with the Soska Sisters, who will apply their truly unique filmmaking style to See No Evil 2.”

“The WWE team has proven success in building strong global brands and have proven to be a great partner in our past ventures together,” said Steve Beeks, Co-Chief Operating Officer and Motion Picture Group President, Lionsgate. “We are thrilled to expand the partnership in the development and marketing of genre features that marry WWE’s stars with our own global distribution expertise.”

Huge congrats to Jen and Sylvia Soska! Looking forward to this one! 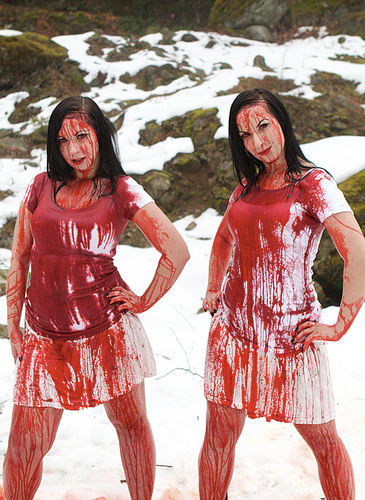