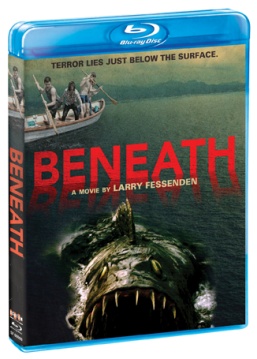 Six high school seniors celebrating with day’s excursion find themselves on rowboat attacked by man-eating fish and must decide who must be sacrificed as they fight their way back to shore.

Larry Fessenden is an underrated gem currently working in our humble genre.  Most folks (even those who jones for the horror) are unfamiliar with him, but have seen him on countless occasions.  From bit roles to great supporting turns, this guy is everywhere.  I used to describe him as the poor man’s William Sanderson (Larry from “Newhart”), but he’s proven himself better than a crude comparison.  For hard evidence of his depth as an actor, look no further than the recent “Jug Face.”  And you’re welcome in advance, because it’s really good. 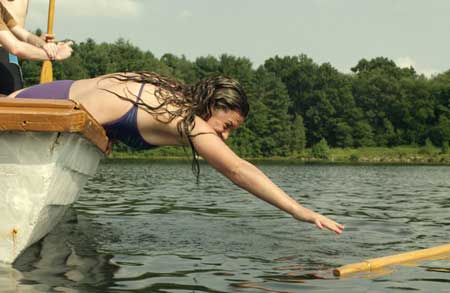 As a film maker (oh yes, the rock star directs as well), the unique style he brings to his low-tech endeavors is admirable, if perhaps the movies themselves aren’t.  Though both incredibly flawed, 2001’s “Wendigo” and “The Last Winter” from 2006 were bleakly gorgeous mood pieces that fell apart when the time came to roll out the horror.  The union of his company Glass Eye Pix and Chiller TV may seem a strange coupling, but after witnessing the train wreck that was Chiller original “Dead Souls“, I was excited for someone to step in and class the joint up a bit.  That is precisely what Mr. Fessenden accomplishes with his latest “Don’t Piss Off Nature” cautionary tale, “Beneath.”  Working from a script by Tony Daniel and Brian D. Smith instead of one of his own, Fess (his unofficial nickname for the duration) finds new ways to stumble here, but as always does so with grace and panache.

The most fascinating aspect of “Beneath” is that the entire affair truly does unfold below the surface, both thematically and in literal reference to the creature lurking within the pristine waters of a New England lake on a lovely day in early summer.  Fresh high school graduate Johnny, portrayed with budding young Deppness (feel free to use that) by Daniel Zovatto, starts the metaphorical foreshadowing off and running with a dream sequence introducing us to his secret crush Kitty (Bonnie Dennison, not surprisingly a former “Guiding Light” regular) and the aforementioned monster fish in one fell swoop.  Subtlety is not a word that comes screaming to mind, but it’s an effective moment in Fess’s capable hands.  We then meet the rest of the human smorgasbord (i.e. Johnny’s friends), consisting of aggressive jock brothers Matt and Simon (Chris Conroy, Jonny Orsini), “Zeke the Geek” (Griffin Newman) and Kitty’s best bud Deb, blandly played by Mackenzie Rosman with no growth in talent since her “cute kid acting cute” days of “Seventh Heaven.”  In her defense, there is absolutely no character development for any of these poor performers as Johnny takes them out on the lake for one last shindig in the woods on the other side.  Teens act obnoxious on a rowboat.  Giant bass-thing eats well for a day. 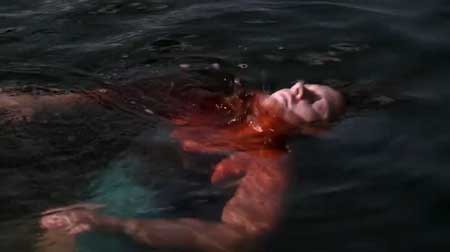 What Fess does with this annoying cookie cutter scenario is what raises “Beneath” above the material, at times even scraping greatness for a hot minute.  After the perfunctory creepy old dude warning, delivered with teeth firmly clenched by none other than Darren Aronofsky muse Mark Margolis, the gang takes to the water.  Despite Johnny’s pleas to get across quickly, the others decide to take advantage of the isolated waters and go for a swim.  Deb is bitten and bleeds out on the boat in a brutally realistic death that puts “Beneath” on the charts as possibly the only motion picture ever in which a makeshift tourniquet fails to be the magic solution to a deep wound.   Lost your leg to a wood chipper?  Cinch that bitch with a belt and you’re good to go!  Not the case here.

After losing the oars and unable to paddle with their hands due to the circling predator, the group transition from friends forever to sworn enemies shifts so quickly and outrageously, you’ll wonder if you blacked out for a minute and missed something.  To refer to what occurs as an unraveling is not only an understatement, but almost an insult to how far Daniel and Smith are willing to take it.  A more accurate way to describe would be, these kids go “Lord of the Flies” on one another, and as they begin voting who walks the plank to distract the fish and save the others, it’s damn near mesmerizing.  The young actors, basically struggling to do their best with what they were given until this point, show sparks of inspiration once they get to dial up the collective douche meter to epic proportions.  I believe I may have even caught a couple of them having fun with their roles in the latter half of the film. 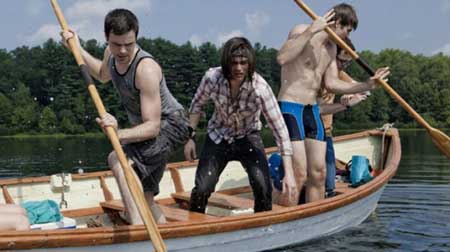 The lion’s share of credit for making this slightly palpable is the enthusiasm behind the lens.  Incorporating Zeke’s digital wrist camera into the luscious photography is a gimmick that works here, adding another layer of immediacy upon the proceedings.  Unfortunately, Fess displays a plodding sense of restraint in the actual creature scenes, leaving them a little, ahem, dead in the water.  (I promised myself I wouldn’t do that)  His approach to these moments could be due to the restraints of using practical puppetry to bring the monster to life, but it’s more likely that his focus belongs to the tension taking place within the boat.  As he’s proven before, slightly cheesy special effects are the least of Fess’s concerns when there are emotional trials to tackle.

Capping it all off with a Shakespearean crescendo of treachery and tragedy, “Beneath” is certainly not going to be everyone’s cup of tea.  Hell, I’m still not even certain if it’s my cup of tea.  An incredibly bad movie made so well it’s nothing short of enjoyable, “Beneath” continues to further establish Larry Fessenden as a strong voice in independent horror.  Now somebody quick, get that boy a script deserving of him. 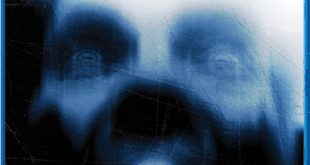 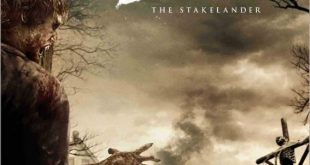 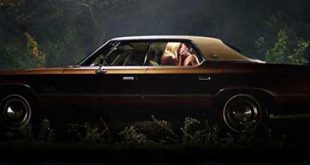 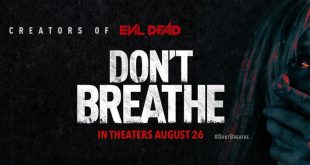 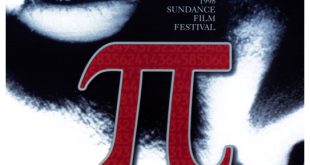