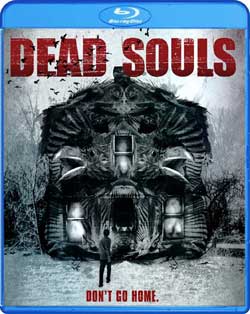 Johnny Petrie learns on his 18th birthday that he was adopted after inheriting a farm in Maine. Eager to start a new life, Johnny leaves home so he can began afresh in this “new” dwelling. However, Johnny soon discovers that the farm, which has been abandoned for eighteen years since his natural family died, harbors a horrifying history about the deaths of said natural family.

Making its debut nestled within the quagmire of basic cable in 2007, Chiller TV was indeed a welcome addition to the fold.  My morning viewing ritual of local news and “SpongeBob Squarepants” was replaced by old episodes of “The Twilight Zone,” followed by an hour or so of the cool 80’s reboot.  Some days I would continue viewing down the anthology series pecking order to “Monsters” (Remember that stinker?), wasting half of my morning.  It was also a fertile stomping ground for new independent horror, and I’d seen many films that would have probably remained unknown had they not aired there.  Most were regrettable, of course, but it’s the thrill of the hunt for yours truly. 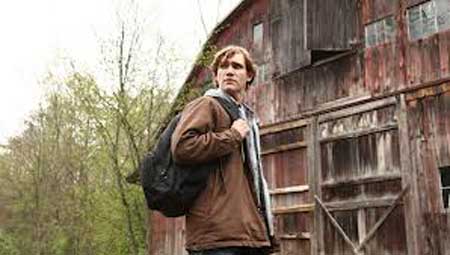 Being the baby brother of SyFy, it was only a matter of time before Chiller began continuing the family tradition of producing its own low-budget movies.  Its premiere feature was “Remains” in 2011, a zombie flick I haven’t seen most likely because it’s a zombie flick.  Director Colin Theys is back on board with writer John Doolan for “Dead Souls“, adapting the novel by Michael Laimo.  An odd and disjointed haunted house potboiler that desperately attempts its own original take on the standard “bump in the night” plotline, “Souls” delivers only an onslaught of head-scratching thematic decisions occasionally interrupted by the unintentional guffaw.  Wow, what a mess.

We begin seventeen years in the past, as an overwrought flashback introduces us to the secluded farm that serves as the dominant setting.  Patriarch Benjamin Conroy, a local minister, finishes up constructing five large crosses in the property’s barn as his brood settles in for bedtime.  With his project finished, Conroy proceeds to stalk and murder his family in a variety of blandly gruesome ways, then nails them onto the crosses in much the same fashion as they did to that one dude way back when.  You know the dude, great tan, kind of a hippie.  Any rate, eldest son Daniel hides his infant brother before Dear Ol’ Dad can get his evangelical hands on him.  The sacrifice is completed sans baby, Conroy impaling himself on his own cross as the young Sheriff Depford arrives on the scene and watches in horror.  Right out of the gate, “Souls” falls flat on its face as it foolishly wavers between brooding atmosphere and bloody shock tactics, failing to accomplish either with any sense of flourish. 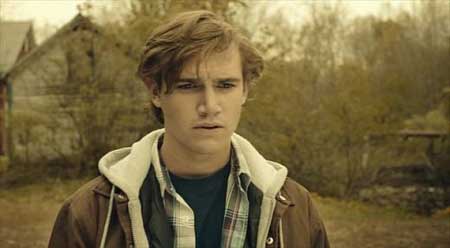 It doesn’t get much better from there.  Upon his eighteenth birthday in present day, Johnny Petrie receives a letter naming him as the inheritor of the Conroy family farm.  Though common knowledge to everyone else around him that he is the surviving Conroy, absolutely nobody feels the urge to share this piece of information with Johnny, not the aunt who raised him (Geraldine Hughes, “Gran Torino”), nor even attorney Judson (Jaiden Kaine) who is handling the legalities of the property.  In their defense, Johnny isn’t a barrel of laughs to talk to.  Portrayed by Jesse James, who was a capable child actor back in his days of “Amityville Horror” and “Butterfly Effect”, our protagonist is the human equivalent of NyQuil.  Sensing a connection to the family, he decides to stay at the abandoned house to solve this non-mystery as Judson heads back to town.

Wandering decrepit halls whilst the soundtrack swells to warn us of an upcoming jump scare (one of many thrown in to liven up the exposition), Johnny discovers a young woman hiding in one of the upstairs closets.   Played by Magda Apanowicz of TV’s “Kyle XY” and “Continuum,” Emma is possibly the planet’s prettiest squatter.  I personally believe that movies depicting the homeless as adorable, free-spirited hipsters should be banned as Disney’s “Song of the South” was from certain theaters for its conceit of happy Reconstruction era race relations.  Okay, perhaps that deal was much more serious, but you get my gist.  As the two novice sleuths continue the pointless hunt for clues, we are treated to a few relatively eerie moments, the most effective involving a “bad touch” back massage Emma receives from who she thinks is Johnny, only to turn to an empty room. 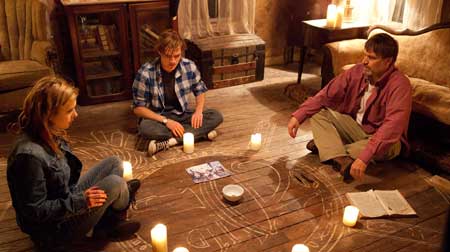 The downward spiral continues shortly after, as town ruffian Mack (Noah Fleiss) shows up to cause monkeyshines and is immediately possessed by a portrait of Benjamin Conroy he spies through the window.  This quickly declines into slasher territory, as Mack kills Judson with a shovel while ranting how they need Johnny’s soul to fulfill the ritual and free them from their earthbound purgatory.  After a quick stalk around the yard, our dynamic duo is saved when Mack falls to his death from the barn . . . sort of.  It just keeps getting worse once the reanimated corpses of Mack and Judson begin chopping down trees to build a cross as Johnny and Emma cower within the house.  That’s right, the dreaded z-words are introduced well into the final third, obliterating any shred of cohesiveness or dignity “Souls” may have boasted initially.

But that’s not all, friends.  Sheriff Depford, now the town drunk and played by one of my favorites Bill Moseley, shows up to explain everything that’s been happening down to the most minute detail, declaring that a séance is necessary in order to contact the spirit of Daniel to protect Johnny once again.  The entire point of “Souls” (being that there really isn’t one) is summed up beautifully in this sequence.  As Daniel’s ghost scrawls a cryptic message in blood on the floor, Depford makes this revelatory exclamation: “He didn’t want to finish the ritual, he wanted to end it!”  Uh . . . come again?  I have so many notes dedicated to just that one particular nugget of dialogue, I could create a “gag reel” for this review longer than the actual link itself.  Let me just leave it at this:  Repeating that line would technically classify as a spoiler, if it made the slightest damn lick of sense whatsoever, even within the context of everything else that happens. 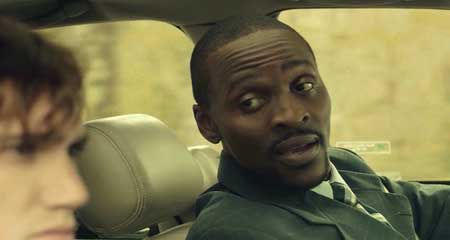 Add in a healthy dose of canine assassination (Theys and Doolan must really hate dogs), a tame Lifetime sex scene set to obnoxious (not ominous as intended) chimes, the inability to even wrap this tawdry package up with anything remotely approaching a satisfying conclusion (it actually manages to be both ridiculous and depressing), and we have one of the more inept ghost stories to come along in quite a spell, compliments of Chiller TV.  At least SyFy knows how to polish a turd.