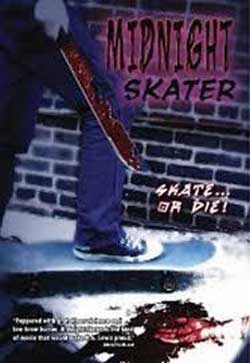 A vicious killer is stalking the streets of a college town, slicing and dicing anyone unfortunate enough to cross his path. At the same time a drug called “Z” is turning all the people who take in into flesh-eating zombies. Can a Scooby-Doo-like gang of college kids (who are hot on the trail of the mysterious individual dubbed “The Midnight Skater” who may be the source of all the trouble) save the town in time or is everyone doomed to be eaten alive or slashed to bit?

If you’ve read any of my other reviews then you have a pretty good notion of the types of movies I like and don’t like. As a general rule I typically hate horror films that try to be funny because most of the time they come off as just being silly and obnoxious. There are some exceptions (such as most of Troma’s films and the rare gem The Mangrove Slasher Part 2), and Midnight Skater is one of them. I freaking love this film (as well as all of the other movies that were done by Speed Freak Productions, the guys responsible for this quirky little flick) and think that it is in a class all by itself. 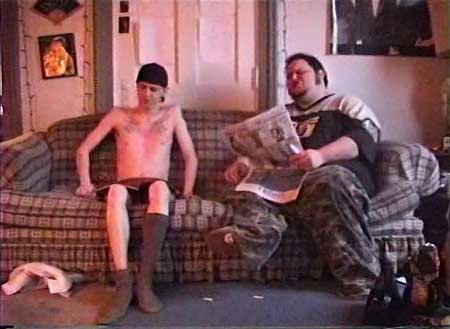 I went into it expecting it to be just another silly horror/comedy hybrid full of shitty effects and lame dick and fart jokes but I was totally wrong. It is a winner and I have introduced it to a lot of people that have felt the exact same way about it that I did.I’ll admit that it has an overall cheap homemade movie feel to it and some of the gore is not quite of Tom Savini or Rob Bottin caliber but who cares? It is pretty obvious that it is the result of a group of friends who had a love of horror and film making getting together with a video camera to make a movie and they have nothing to be ashamed of. The end result is pretty damn impressive considering the fact that they had very limited resources and it is apparent that they had a shitload of fun on set while they were filming it.

I found the movie to be interesting, entertaining, and just a whole lot of fun to watch in general. I know that there will be a lot of people out there who watch it who will bitch about some of the acting or just the premise in general, but how could you not love a movie that includes a scene where a guy is screwing the dead bodies of one of his victims while delivering the line-with a straight face not less-“That’s the best sex I’ve ever had with a dead body whose arm was cut off that I was using to spank myself on the ass!” –which is probably the greatest line ever uttered in the history of film. 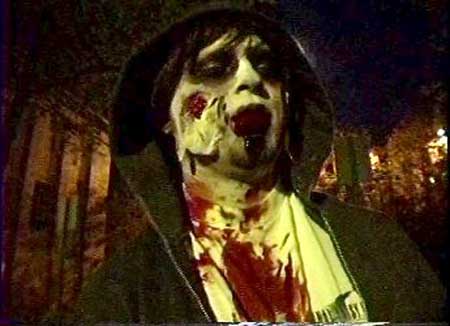 Another reason I liked it was due to the fact that I just loved the characters. Co-writer Andrew Campbell is excellent as the nerdy (and possibly bisexual) Danny and Ezra Haidet is nothing short of awesome in his over-the-top performance of Danny’s best friend/kind of love interest Alvin (this guy had me cracking up every second he was on camera). 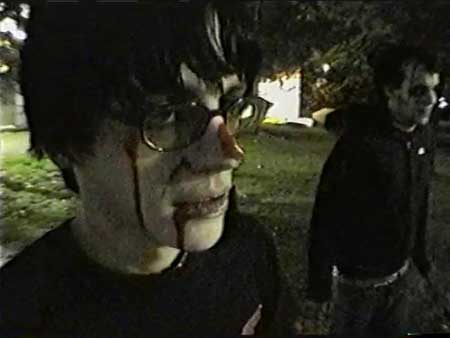 The very lovely and talented Ashleigh Holeman rocks in the role of Kim and is quite easy on the eyes at the same time (be on the lookout for this girl, she’s got “Scream Queen” written all over her). I also loved Stacy Silvers as a drug dealer and his interactions with John Ed Bishop as his dope-pushing partner in crime are priceless. Without a doubt though Cory Maidens steals the show as the homicidal and completely deranged Richard and it is obvious that he had a blast playing the part as he really gets into the role. Overall there is not one unlikable character to be found here as even some of the minor characters get some pretty good lines in as well (such as the unnamed “Z” user who tells his pal the enchanting tale of his misadventures of engaging in anal sex which is priceless). 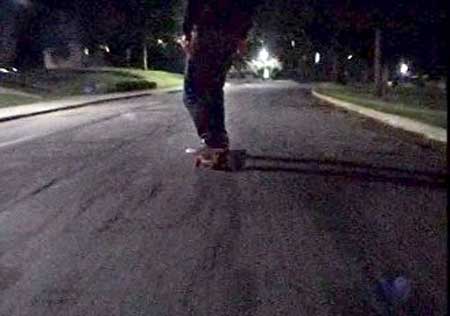 Midnight Skater is nothing short of excellent and I can’t recommend it enough (Apparently the makers of Return of the Living Dead: Rave to the Grave thought the plot was special since they pretty much stole it from the Speed Freak guys for their movie). I dug it so much that it inspired me to go out and try my hand at filmmaking as well. I thoroughly dug it and think that it is one of the best low budget films that I have seen in a very long time. If you are in the mood for a fun little flick that has some cool gore, some awesome characters, and a kick ass soundtrack then I can’t recommend this movie enough. Check it out if you are in the mood for something different, you won’t be let down.