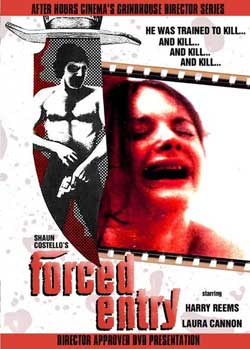 The tagline for Shaun Costello’s 1973 film Forced Entry reads as follows: “He was trained to kill…and kill…and kill…and kill…” There are two things that immediately come to mind when reading this. The tagline actually holds more (implied) action than the movie itself, in which only three people are killed. This makes it seem misleading (which, after all, is the function of the tagline of an exploitation film). On the other hand, grammar-nazis and creative writing students might point out that this tagline is a run-on sentence, pointing out that it is monotonous and repetitive, a statement which sums up the plot of this movie perfectly. 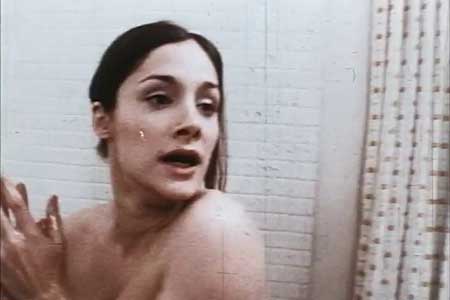 Forced Entry had become somewhat of a white whale for me. I had heard about it for years, the controversial cult classic that is either loved or hated. So when I had the opportunity to review it, I was very excited, but approached it like a health inspector walking in to the worst dive restaurant so as not to be disappointed. I still was. Forced Entry is the equivalent of a mountain of garbage at a landfill; if you look hard enough, you’re bound to find something entertaining, but overall it’s a pile of stinking trash. For me, the only gem (outside of the occasional accidentally funny dialogue) is the intro scene. After a newspaper article about Post-Vietnam Syndrome fades from the screen, we watch as detectives photograph a crime scene where a man lies dead, an apparent victim of a gunshot to the head. Whether it is a homicide or suicide, we don’t know for sure, but the question is put into our heads and we are forced to wonder. It is all downhill from here.

Forced Entry (or “Example #39 why P*rn directors should not attempt other kinds of movies”) is about a veteran freshly returned from Vietnam who is struggling to find a normal life back in the big city. Actually, that summary gives this movie too much credit; this is no Combat Shock. It’s about a guy who we know was a soldier in Vietnam only by his flashbacks who works at a gas station and rapes women because he is suffering from Post-Traumatic Stress Disorder (known in this film as Post-Vietnam Syndrome). But don’t expect too much character building here; Forced Entry is nothing more than a P*rn film with an angry plotline and rape scenes. 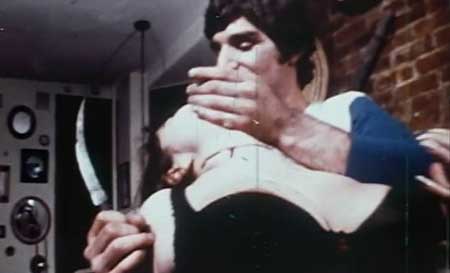 Legendary adult film star Harry Reems (most notable for his performances in Deep Throat, Devil in Miss Jones, and Deadly Weapons) plays the unnamed gas station attendant with a bigoted chip on his shoulder. Early in the film, we are given a glimpse into his modus operandi. A woman (Jutta David) pulls in to a full service gas station and asks the attendant to fill her tank (not a euphemism). When she pays by credit card, he comes back asking for her address, saying the receipt didn’t print well. Once she gives him her info, Reems closes up shop, and we watch as he walks down busy city streets, hiding against storefronts and grasping his knife while Vietname War flashbacks are shown. He reaches her apartment and climbs the fire escape to watch her as she has sex with her husband (played by adult film director Shaun Costello, who starred in this film under the name Helmuth Richler). He continues watching as he loads his gun (again, not a euphemism). Eventually, after their sex is finished (and the gas station attendant has run to the roof, then come back down, then watched in the window, then gone downstairs and outside) and the husband simply disappears, the attendant picks the apartment door lock. He puts a knife to the woman’s throat and demands oral sex while flashbacks continue and he tells her that women are “no better than the g**ks from ‘Nam.” After a barrage of misogynist insults during his blow job, his money shot splashes the camera lens (while I can’t imagine Forced Entry 3D playing the IMAX theater any time soon, this scene made me think the director’s vision may have been ahead of its time). Unfortunately, he tells her he didn’t enjoy it at all, then slits her throat. 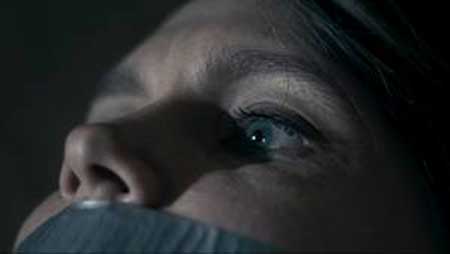 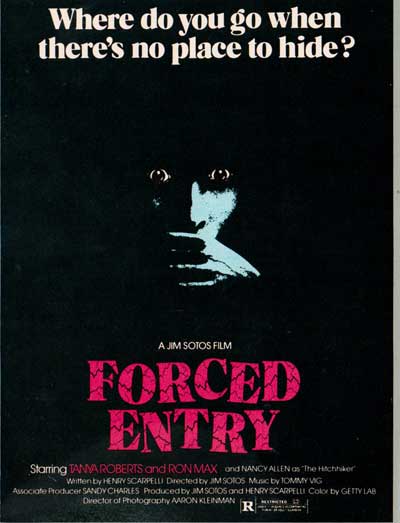 The next scene plays out in a very similar fashion. His next victim (frequent Harry Reems co-star Laura Cannon) asks him for directions. He remembers the address, treks back across town amidst flashbacks, then breaks into her house. He puts a gun to her head and forces her to perform oral sex, then proceeds to anally rape her. Again, the dialogue is amazing (aka horrible), repeating his “like g**ks in ‘Nam” racism, but now pointing out how he’s going to make her bleed. After the obligatory money shot, he yells “you got my pr*ck all full of sh*t” at her over and over before stabbing and killing her.

“The Pope of Trash” John Waters once said he would never do hardcore P*rnography because “it looks too much like open-heart surgery.” Forced Entry may have been the film he had in mind when he said this. Each sex scene consists of close-up shots of hairy, 1970’s genitals slapping against each other loudly (seriously, the sound is so off you’d think you were watching the scene in Bad Taste where the aliens eat the bowl full of regurgitated humans), badly over-dubbed moaning and cheesy dialogue, and co-starring either the boom mic from Hardgore or the cameraman in the mirror. This is to say, they are not pretty. And half of them are non-consensual, hardcore rape scenes. 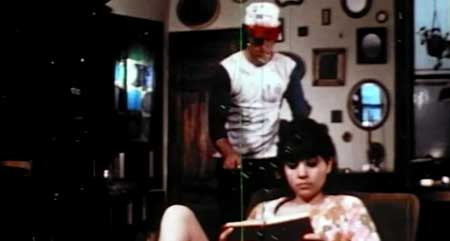 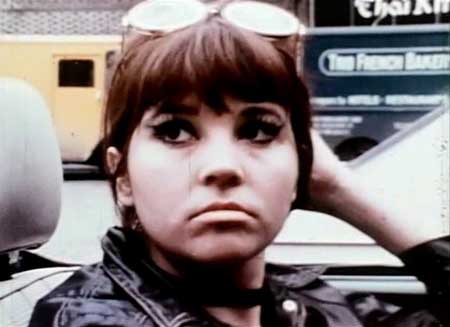 I don’t know that I would suggest for anyone to ever bother with this steaming pile of garbage. I always try to find the positives in even the worst of films, but this one is tough. Even judging it purely for the P*rnographic factor (which I don’t ever do), it’s unattractive sex at best, graphic rape at worst. All of the acting is horrible, either under- or over-acted, but never good. The plot, as I mentioned before, is typical of that of a P*rn film, a weak story thrown in to string together the sex scenes. At least the final scene does come back around to match the beginning scene. At best, after watching Forced Entry, you feel like you were just stuck in a long conversation with a drunk, racist uncle.