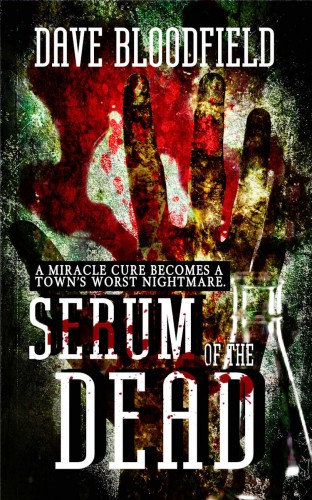 When I read the blurb outlining the plot of this book and it sounded like it had real potential. Zombie apocalypse started by scientists monkeying around with a nerve regeneration serum. Very Michael Crichton. I was a little disappointed in the title, but I let it go. Turns out, the title was one of the better parts of the book.

The writing is sophomoric, clunky and poorly executed, to be blunt. If it had been written by an eleventh grade student it would have gotten no better than a C minus. The characters spend a lot of time drinking coffee (used 72 times) and winking at each other (used 40 times) in a story of 68K words. There are several characters who have the title of ‘Doctor’, which was spelled out every time these characters were mentioned instead of ‘Dr.’ I found several typos in the first two chapters and a sentence with no spaces between any of the words. This book was edited by Roberta Antunez according to the credits. Unless the author ignored her suggestions (in which case I would think she would not want her name listed), her editing skills are in need of improvement.

POV jumps are plentiful. For example, the Sheriff and the Reverend are in the park checking on a report that a dead citizen is walking around. ‘The last thing either of them wanted was to walk in and come face to face with the walking dead.’ At this point, they have not seen any walking dead, and we are hearing both characters’ thoughts at the same time.

Following a zombie attack on one of the characters; ‘Finally he stopped moving and was perfectly still, a motion-less corpse.’ The idea fits with the story, but the execution leaves much to be desired. Plot problems; the three doctors who developed the serum immediately come to the conclusion that their experiment made it out of the lab and caused the zombie outbreak when all they have seen is holes in the ground and no zombies.

‘They were all pale with cloudy eyes, looking like the living dead.’ This is an example of the type of lines that proliferate this work. And yes, they were the living dead. Several other problem lines, ‘Just then they heard the screech of tires out front…’ and ‘…to find the standard issue hotel Bible, just like every hotel and motel provided.’

One of the scientists responsible, Dr. Blake, while holed up with survivors in the Sheriff’s Station, gives a long, detailed description of how he and his cohorts created a bunch of zombies. The explanation is so technical that several characters have to ask him to explain what his big words mean. All the while zombies are milling around outside. Methinks the doctor does not have his priorities in order. I also noted that the town seems to have both a Sheriff’s office and a Police department, pretty unlikely.

The scientists in this story have no idea how to act around women, other than ogling them, thinking about their bodies and making comments to that end. Not that men don’t exhibit these behaviors, but there seems to be a preponderance of it in the story.

‘She wanted to throw bombs out the window at them, but she had none to throw.’ Just more bad writing. ‘Suddenly, she could see a break in the trees ahead.’ This is the kind of red flag that any good editor would have easily caught. ‘They would here the moans,’ Hear vs. here, this is another sign of a serious lack of editing. A character’s name changes in the middle of a paragraph, a lack of not only editing but of proofing by the author and/or beta readers. This story is full of these types of errors, in spelling, grammar and syntax, making it difficult to read.

As terrible as the writing was, I really liked the story idea. It is an original take on the zombie apocalypse. The science behind the idea seems very plausible. The method by which the ‘accident’ happens needs some work, but it’s fixable. Too many of the characters are cliché, but again, given that the story needs a complete rewrite anyway, this is solvable. Some of them have redeeming traits and enough of them are killed off to keep the suspense moving along. The ending was actually well done. It set up the story line for a sequel, a catch twenty-two in this case. The only way this story can be saved is if the author takes some creative writing classes and gets another editor, or to paraphrase Rhett Butler, “This story needs to be rewritten, completely, and by somebody who knows how.” I would rate it one and a half stars out of five for the idea.