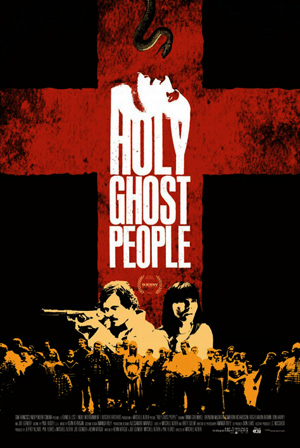 XLrator Media has acquired all North American rights to the Southern Gothic thriller, HOLY GHOST PEOPLE, following its world premiere last month at South by Southwest. The film is directed by Mitchell Altieri – one half of the Butcher Brothers (The Hamiltons, The Thompsons) – and written by Kevin Artigue & Joe Egender, Altieri & Phil Flores (the other half of the Butcher Brothers). XLrator Media CEO Barry Gordon announced the deal today.

“Following our great experience working with the Butcher Brothers on the vampire epic The Thompsons, we’re thrilled to be releasing Mitchell’s extraordinary new film which created such a sensation at SXSW,” said Gordon.

In the film, 19-year-old Charlotte (Emma Greenwell, “Shameless”) enlists the help of alcoholic ex-Marine Wayne (Brendan McCarthy) to find her estranged sister who has gone missing deep in the Appalachian Mountains. Their search leads them to the Church of One Accord and the enigmatic snake-handling preacher Brother Billy (Joe Egender), who’s devoted congregation of outcasts knowingly risk injury or death seeking salvation in the Holy Ghost. What Wayne and Charlotte uncover during their time on the mountain – about themselves and the nature of faith – will shake them to their core, as the mystery of Charlotte’s sister and her fate unravels.

HOLY GHOST PEOPLE was produced by Jeffrey Allard, Phil Flores & Mitchell Altieri and Joe Egender & Kevin Artigue and executive produced by L.C. Nussbeck. The deal was negotiated by Gordon and the Paradigm Finance Group on behalf of the filmmakers 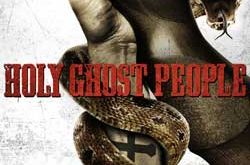