XLrator Media has acquired U.S. distribution rights to the horror-comedy HOUSEBOUND which recently had its U.S. premiere at South by Southwest (SXSW) in March. XLrator Media will release the film in Fall 2014 on its acclaimed “MACABRE” genre label. The deal was announced today by XLrator Media CEO Barry Gordon.

HOUSEBOUND stars Morgana O’Reilly, Rima Te Wiata and Glen-Paul Waru and is directed by Gerard Johnstone in his feature film debut. It was produced by Luke Sharpe for Semi-Professional Pictures, executive produced by Ant Timpson, Daniel Story and Chris Lambert and funded by the New Zealand Film Commission.

“With its deft mix of suspense, comedy and genuine thrills, HOUSEBOUND marks an impressively assured directorial debut by Gerard Johnstone who promises to have a brilliant career in front of him,” said Barry Gordon.

Kylie Bucknell is forced to return to the house she grew up in when the court places her on home detention. Her punishment is made all the more unbearable by the fact she has to live there with her mother Miriam – a well-intentioned blabbermouth who’s convinced that the house is haunted. Kylie dismisses Miriam’s superstitions as nothing more than a distraction from a life occupied by boiled vegetables & small-town gossip. However, when she too becomes privy to unsettling whispers & strange bumps in the night, she begins to wonder whether she’s inherited her overactive imagination, or if the house is in fact possessed by a hostile spirit who’s not particularly thrilled about her return.

The deal was negotiated by Barry Gordon on behalf of XLrator Media and Nate Bolotin of XYZ Films on behalf of the filmmakers. 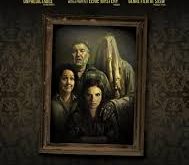 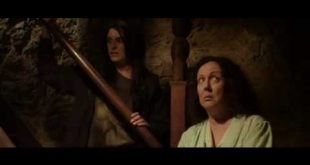