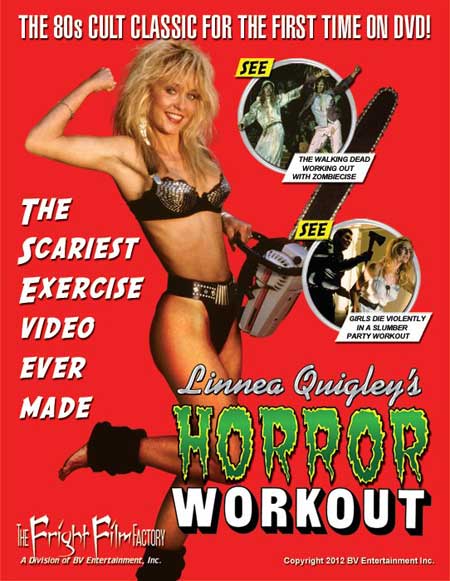 Directed by Kenneth J. Hall (Puppet Master, Halfway House) and starring legendary horror Scream Queen Linnea Quigley (Night of the Demons, Return of the Living Dead), Horror Workout was originally released in 1990 and features special effects from Cleve Hall (TV’s Monster Man). A campy, gory parody of the workout videos of the 80s, the film was created to capitalize on Quigley’s explosive popularity and rabid fan base. In it, Quigley teaches a bevy of big-haired, lingerie-clad beauties the proper way to tone and stretch, while a masked killer stalks them one by one. She also takes time out to show an army of out-of-shape, flesh-eating zombies the best ways to keep fit!

A first run Limited Edition of 1,000 units will come with a numbered 5×7 photo signed by Linnea Quigley and Kenneth J. Hall.  This package includes a digital re-mastering of the original uncut version of the film, presented with a 5.1 DTS-HD Master Audio. 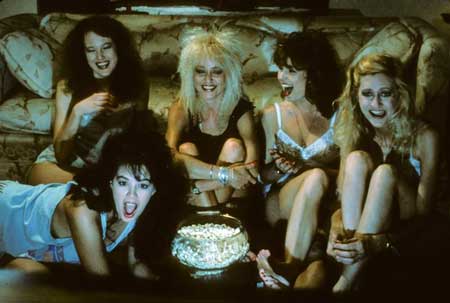 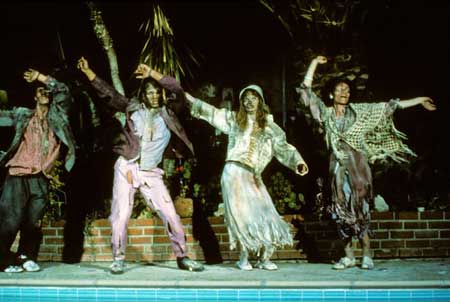 ­­ Both Kenneth J. Hall and Linnea Quigley will kick off the release of the film with a three-day appearance and signing at Monsterpalooza, April 12th, 13th and 14th at the Burbank Marriott Hotel & Convention Center. You can purchase a copy at the convention or pre-order through Legacy Features atHorrorworkout.com