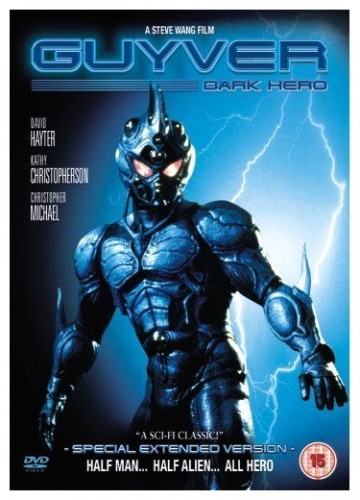 “Sean Barker became the unwilling host to an alien bio-armor known as the Guyver. A year ago he destroyed the Kronos Corporation, an organization of mutants who want the Guyver. Now he is trying to find why the Guyver unit forces him to fight and kill evil. He is lead to an archaeological site where scientists discover an ancient space craft. Now he must fight Kronos again before they discover the secrets of the Guyver’s origin.” (courtesy IMDB)

The excellent manga comic and cartoon series known as Bio-Booster Armour Guyver was adapted as the live-action film The Guyver (1991) starring famous character actors like Mark Hamill, Jeffrey Combs, Michael Berryman and Linnea Quigley. Although this had all the makings of success, ultimately no-one really cared what happened to the guy with the extraterrestrial bio-mechanical symbiotic weapon-suit attached to his body. All of you who expected to read about Richard Dean Anderson jury-rigging a nuclear reactor from a couple of paper clips and a tongue-depresser must be feeling pretty foolish by now. 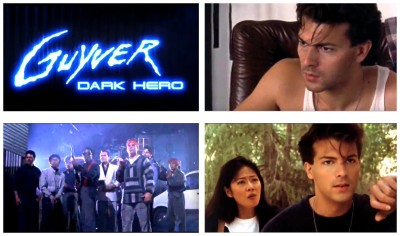 But turn that frown inside-out, because this week I’m discussing the sequel, Guyver Dark Hero (1994). It stars no-one in particular, but what it lacks in acting talent, it makes up for with less cheese and more blood – a lot more blood. This different approach worked, and Guyver Dark Hero gained a cult following on DVD receiving better reviews than the first film. Like The Empire Strikes Back (1980), The Wrath Of Khan (1982) and Breakdance II Electric Boogaloo (1984), this one of those rare cases in which the sequel is actually better than the original which, admittedly, wasn’t much of a challenge, but credit where credit’s due. So ready yourself for over two hours of action, excitement, explosions and everything you ever wanted in a film, except for an explanation of where they got the name, in Guyver Dark Hero. 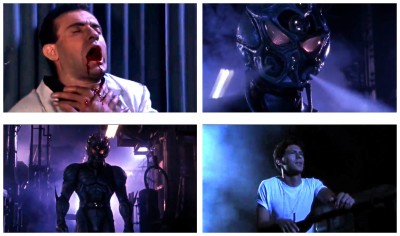 To be completely frank, the first Guyver movie was a joke, but not the funny kind. Despite some good special effects and an interesting cast, the movie crashed and burned and crashed again, hampered by preposterous acting, tiny budget, corny music and a tongue-in-cheek attitude. Guyver Dark Hero is faithful to its predecessor in some ways, namely the inexperienced direction, terrible acting and the shoestring budget, but that’s where the comparisons end…if you know what’s good for you. Guyver Dark Hero is far more faithful to its source material including the creation of the Guyvers and the comic book violence. Sure, most of it involves violence towards men in rubber suits, but there are no punches pulled as far as bodily fluids are concerned. The evil alien bastards are melted, decapitated, electrocuted, wrists are broken, eyeballs are poked out, get punctured hundreds of times by elbow-swords and vomit litres of blood in the process. 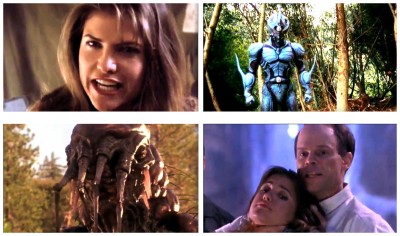 The acting tends to be hammy at times and the action sequences border on cheesy but, luckily for the filmmakers, ham and cheese go well together – all we need now is some dessert. As if on cue, Kathy Christopherson brings the cheesecake to the party in the shape of Cori Edwards. She looks terrific despite a few awkward moments, but there’s a good reason for that. Guyver Dark Hero is her only full-length motion picture, despite a rather lengthy career appearing some of the best, and worst, television shows ever. The best include Dexter, Entourage, and Hard Time On Planet Earth. The worst include The Young And The Restless, Knots Landing, and Hard Time On Planet Earth. 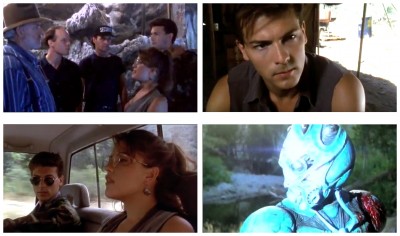 As an actor, David Hayter is an excellent screenwriter and, as a writer, he’s an excellent waiter. After his experiences playing The Guyver, David wisely decided to get behind-the-scenes so-to-speak by co-writing The X-Men (2000) movies, The Scorpion King (2002) and Watchmen (2009) as well as doing voices for Spider-Man cartoons and the despicable Doctor Dolittle (1998). He’s found his niche, and he’s crawled back into it faster than you can say Mighty Morphin’ Mutant Ninja Turtles Take Manhattan. 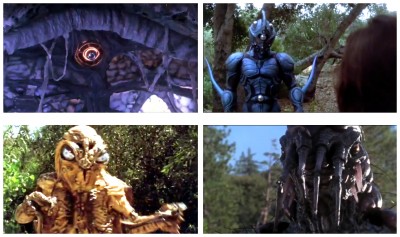 Christopher Michael does his best as agent Atkins, even though he’s stuck with some of the most groan-worthy dialogue I’ve ever heard. He’s credited with playing over 130 different characters on film and television, every single one of them government agents, or security guards, or police officers, or fire-fighters. Most actors who like playing authority figures usually become directors, like Clint Eastwood, who started out playing men in uniform in three great horror movies: Tarantula (1955), Revenge Of The Creature (1955) and Francis In The Navy (1955) – but I digress. 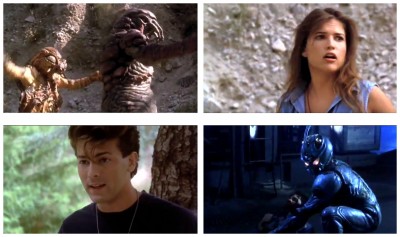 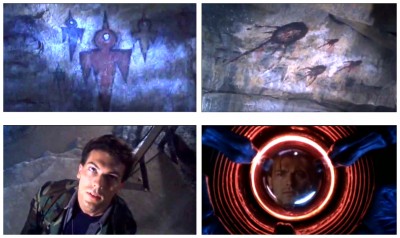 Japanese manga comics rarely translate into live-action well, and the end product is usually so far removed from the original concept that it becomes physically painful to watch and bears absolutely no resemblance to what you expected. I cringe to think of what the live-action version of Akira (1988) is going to look like. But Steve Wang has taken the legendary character of the Guyver and done it proud, making a movie that can be entertaining without insulting too many diehard fans. So, let’s get back to the film that is almost entertaining and almost insulting – and remember kids, don’t try this at home…unless your parents are out. 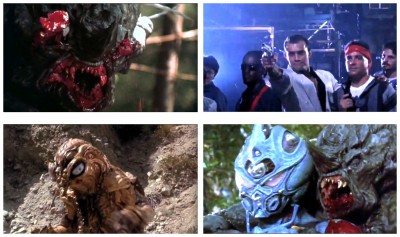 Okay, I’m going to make a new rule: No more movies about bio-armor-wearing superheroes fighting aliens that go more than ninety minutes. My old mate Alfred Hitchcock got it right when he said, “Nigel,” he told me, “Never make a movie that lasts longer than the average bladder.” Then Stanley Kubrick kicked him in the groin and ran away. Guyver Dark Hero clocks in at more than two f-f-fun-filled hours! Admittedly, the last twenty minutes is non-stop fighting, but the first two-thirds of the movie has way too much character development and too little monster-mayhem. With this cast, that’s bad news. But since you’re still watching, I know I can count on having your company again next week when I find another forgotten fragment of filmic faeces to fling at you, for Horror News! Toodles! 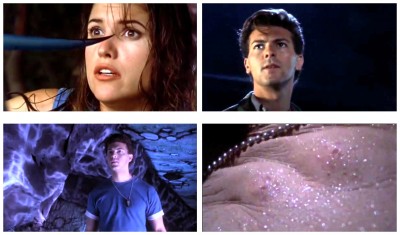 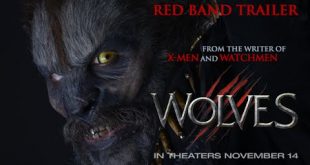