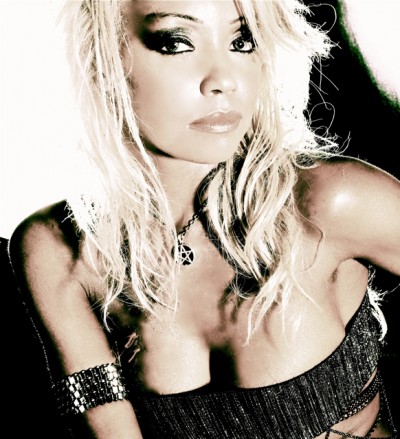 Hi Seraphim, It’s a pleasure to have you here at HorrorNews.net for an Interview. There is nothing that goes together better than rock music and Horror films, in my opinion. I love it when I come across an artist who Excels in both. I’d like to start at the beginning. The very beginning. Could you tell our readers, what is your earliest memory of becoming a Horror fan. What was that one moment in time when you were a child that you can go back to and say, that was it?

S.W. — Horror and the Occult have always been a major part of my family’s life as far back as I can remember… first starting with the haunted house we lived in on Rockville Road on a Haunted Ranch. We had many paranormal experiences there of the Supernatural and “the lady in white”. My sisters and I performed our first séance and body levitation when I was 8 years old at the Haunted Ranch that was successful. Unfortunately my parents sold the ranch and the horses we had and moved us into the city.

I remember the first horror movie that made me a permanent entity within the realm of the supernatural, Hellraiser. it was a world that I already had become very familiar with that had very much dominated a huge part of my life. I was intrigued that Clive Barker was dead on his characters and very detailed within the realm of the supernatural connecting the boundaries of Pain and Pleasure so well.

2.) It takes great talent and a certain type of creative energy to be both Musician and filmmaker, which was harder to conquer?

S.W. – I have never been a competitive person, I am a free spirit who likes to explore my imagination and creative visions. I do write my own material for both music and film and I am passionate about both equally. I have found that music has been in the past a tool for me to share my thoughts and feelings, especially when I was unable to communicate through speech effectively due to my speaking impediment that I had for most of my childhood and teenage years. I studied filmmaking to release the visions of my mind putting them to screen. I don’t have to really think of what to write, it’s just there. I have never had writer’s block or a lack of ideas to pull from. I got the education I needed to become a filmmaker and I received my first 3 year World-Wide Theatrical Distribution deal with Ytinifni Pictures and Fenix Pictures for Theatrical, DVD, Cable, Netflix, Redbox, Digital and All Major Retail outlets World-Wide. So, in saying this it appears the doors opened for me through film rather than music internationally first, displaying the two; my new album Time Heals All Wounds, and my new film Angel One Eye.

3.) Who are some of your influences in both realms of movies and music? 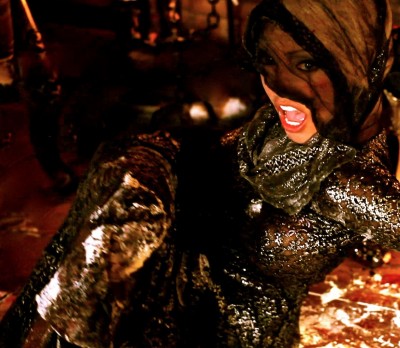 S.W. – My influences are found to be quite peculiar in both the music and film realm. As I mentioned earlier for movies, Clive Barker made a major impact on my life with Lords of Illusion, and Hellraiser, as well as Nicolas Kazan’s and Gregory Hoblit’s Fallen, Stephen King’s Carrie, and The Shining, Oliver Stone’s Natural Born Killers, Andrian Lyne and Bruce Joel Ruben’s Jacob’s Ladder, Rob Serling’s The Twilight Zone, Alfred Hitchcock’s Psycho, and the one that made the most lasting impact was Rob Zombie’s House Of A Thousand Corpses, and The Devil’s Rejects… I am super eager to see Lords Of Salem.

As for music, one of my influences are definitely the band Garbage. I can really relate to Shirley Manson’s lyrics in “Stupid Girl,” “I’m Only Happy When It Rains,” and “Bleed Like Me”. Also, Missy Elliot, as I feel every track produced by her is magic. Eminem with his raw approach and truth in his songs… I really have appreciated that over the years. Nine Inch Nails’ Trent Reznor with how he pours his heart out in truth and is not afraid to expose true emotion, pain and hurt in his music. And of course Rob Zombie, the artist that crossed music and filmmaking so well with songs like “Dragula,” and “Living Dead Girl”. I in one way or another can relate to all of these artists and especially their music and honesty of lyrics.

4.) What is a more daunting task, writing lyrics and writing dialog?

S.W. They both come in vision. I really don’t have to think much of either one as in lyrics or script wise. it’s as if it’s already complete. Most times I have to go back and read after I am finish writing to see what it was that was written, as I mentioned before I am so far lucky to not have experienced writer’s block or a lack of words to display.

5.) I read a lot about this “Marilyn Manson and Seraphim Ward Engagement” scandal, and I understand if you are sick of talking about it, but I figured I would give you the floor here, if needed to set the record straight? 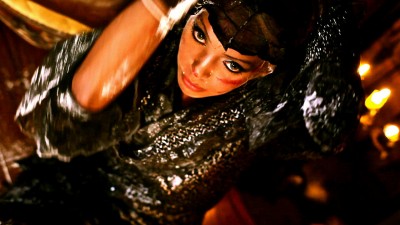 S.W. – I got caught up into something very shady and was named the instigator when I was only the client and dating Madonna Wayne Gacy at that time; a member from the band Marilyn Manson, NOT Manson himself. Madonna Wayne Gacy and I were living together in my Hollywood Hills home… so it was unfair how I was treated and named at fault when it was a past Publicist that I had hired to promote my film and music career who put the story out. I have never said to anyone, nor any magazine that I was engaged to him. I am past that already and only focusing on my work. I have started filming my first featured film Angel One Eye, an Occult/Horror Thriller which is set for a September 24, 2013 theatrical release, followed by another film of mine, Unholywood on October 08, 2013.

6.) Your upcoming album, “Time Heals All Wounds” is set to launch June of 2013. What was the most difficult aspect to making this album?

S.W. – It was a bit difficult being who I had wrote most of the tracks about and I really had no intentions of ever releasing those songs publicly, because they are very personal and share true emotions. I wrote “What’s The Color Of Love” (Beautiful Creature) right before my suicide attempt. Since then I have studied film and aimed for a more permanent career choice putting to rest all my past hurts, and as “Time Heals All Wounds” says, I Am healed so it doesn’t bother me now to release and share with others my past afflictions, hurts and pain. It made me who I am today.

7.) Is there a specific song off the album that you hold closest to our heart?

S.W. – “Still”. The song “Still” still brings tears to my eyes when I hear it, because I remember that girl… and she no longer exists…I am not her anymore. 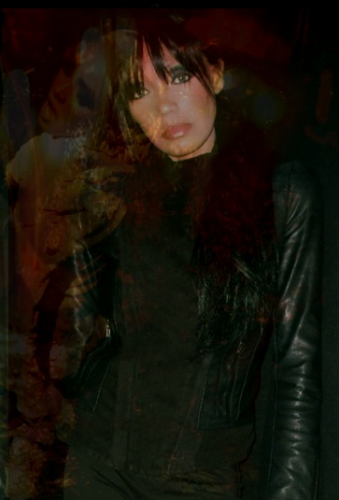 8.) Your upcoming movie, “Angel One Eye” is set to be released September 2013. If we can take a sneak peek behind the camera for a moment, I’d love to know how would you describe your style of directing?

S.W. – I have created my own personal style of filmmaking and directing that shapes the world I have created. I am a Director who cares about the characters of the story and not the actors betraying them, staying connected is very important to me. My style is considered Occult/Horror due to the unique blend of my own personal additives being Creole and pulling from my gifts I display within my films of Magick, Witchcraft, Sacrifice and Voodoo. As with anything, it depends upon the heart of the doer, the person that determines the effect upon another or results. I display the Dark and the Light from within, as the Ancient Of Days is both so Am I.

9.) What is your proudest moment from “Angel One Eye”?

S.W. – The dedication and passion the actors have with the connection of their characters is magickal, as if they become possessed as one. This is how well in tuned they have been within this realm, which makes me proud to be the Director who directed their way, fighting for the characters to live and come forth.

Landing my distribution deal for my Sin Icon Productions Occult/Horror Film and Music Company is more than I could have ever imagined at this stage in my life when all seems lost and chaotic… my work birthed. I have a promo teaser as well to leave your viewer and readers with Angel One Eye (The Reaper) Episode-2.

10.) What can you tell us about the upcoming film, “UnHolywood”?

S.W. – Unholywood is an Occult/Horror based on actual events (a True Story). The level of truth and degree is mind blowing. It’s about run-a-ways and the depths of hell they encounter on the streets of Hollywood; a blood bath, a sacrifice, a cure, a balance… the situations displayed are true and I want it perceived exactly the way that it was. No sugar coating, no boundaries, just bringing the viewers into my sight of the Underworld and the Cosmo. Unholywood is set for an October 08, 2013 Fall Theatrical release… now this ONE… I AM PROUD!

11.) What are some of your favorite films from the Occult/Horror genre?

S.W. – I seriously love the Occult/Horror/Thriller genre of filmmaking. My favorite films of it would be Jacob’s Ladder, Natural Born Killers, Carrie, Fallen, Minority Report, The Omen, The Exorcist, Vanilla Sky, The Devil’s Advocate, The Ninth Gate, Psycho, House Of A Thousand Corpses, The Ring, The Audition, Hellraiser and the The Twilight Zone just to name a few many could identify with within this genre. There are a few real underground Occult/Horror films that I take a liking to in the Occult/Horror genre of Sacrifice, Magick, and the Supernatural…but that’s underground.

It’s been an absolute pleasure to feature you here at HorrorNews.net !!! I hope to see you in the “Horror” news some more in the future. Let me finish off with a question about if you believe in the paranormal (as in things like real ghosts and things that go bump in the night)?