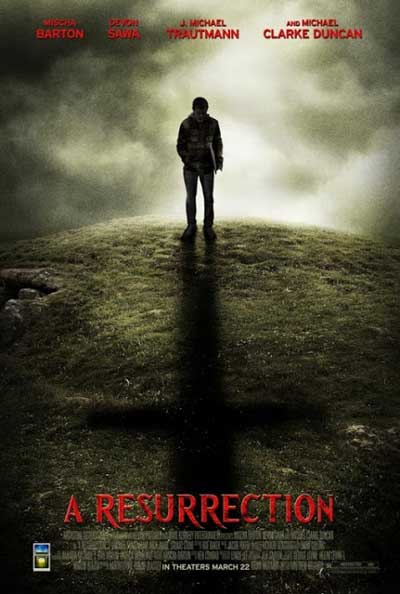 First time director Matt Orlando’s debut feature “A RESURRECTION” tells the story of a down to earth high school psychologist (Mischa Barton) who tries to help a mentally ill student (Jonathan Michael Trautmann) who actually believes his brother is returning from the grave for revenge on the students who killed him in a senseless hit & run. Also starring Devon Sawa & (in his last film appearance) Michael Clarke Duncan, it’s a gripping film with assured performances from it’s entire cast. In a interesting twist, director Orlando spent 20 years as a MMA trainer before turning to film direction! That’s something you don’t hear everyday! He took some time out to speak with Horrornews about his first film.

Horrornews.net: Thanks for speaking with us Matt! What was the inspiration for this, your first script?

Matt Orlando: I don’t know but I can say it didn’t start the way it ended up! It was completely different, kinda flipped with the bad guy turning out to be the good guy in the end. But it didn’t make any sense that way and it eventually turned into what it did. But I always have a million ideas floating around in my head and whichever one sinks in the most is the one I end up writing, and for whatever reason…this one sank in. I don’t know the exact reason I wrote this one but I did. It wasn’t because of any personal experience or anything like that.

HNN: That’s very interesting. It was just something that didn’t make sense to you initially and you ended up with this?

MO: All ideas start with little “What If” seeds in your head don’t they? I think a lot of people have had experiences and thought “Wouldn’t this be a great movie”? It just started out one way and ended up another but it was a fun write.

HNN: How long did it take to write from first draft to final shooting script?

MO: Good question! I think I wrote this one pretty quick, about a couple of months.

HNN: Your cast is interesting as well. How did you get them together? Was it the strength of the script that attracted the cast or were there auditions?

MO: Basically we just sent them the script and told them we were interested in them playing the roles, no auditions involved. You know if they don’t like the script then they’re not going to appear in the film regardless! I was shocked by the cast we got based on our low budget and I think we got really, really lucky. We had ideas for different people and when they jumped on board it was like “REALLY?…COOL!” I’ve seen these people on so many different shows and here they are working with me on my first film? We got really lucky with our cast! 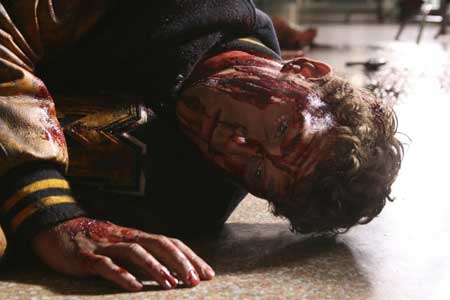 HNN: Have you done any kind of work in film before directing this? Commercial or video work?

MO: No directing work but I worked as a line producer on a $125,000 dollar film so although it’s still considered low budget this one was a massive leap for me in budgetary terms. But I just went into it and got my hands dirty…I just went for it!

HNN: What kind of budget did you have?

MO: Hmmm…I don’t think I can say. Lets just say it was a low budget! [Laughing]

HNN: Fair enough. I know it wasn’t a big budget film but it did look a lot more expensive than it cost. I also thought it built up a certain sense of dread as it continued…a sense of unease. I really didn’t know where it was headed after awhile, it had a lot of red herrings in it! I kept trying to figure out how it would end and I really enjoy a film that can engross me like yours did.

MO: Thank you! I wrote it like that. I didn’t want it to be a traditional “Monsters jumping out at you” kind of movie. I wanted something a little bit different, something with a sense of dread & unease. I wanted it to be a combination of suspense & horror rather than someone just jumping out with a knife and just scaring someone. You have to pay attention to this movie! I wanted it to be a smart horror film because I love the genre. I love all horror films…even the remakes! I loved Rob Zombie’s take on “HALLOWEEN”, I loved the work Eli Roth did on the first two “HOSTEL” films. I just wanted this to be different with an emphasis on the tension & dread. I’m glad you picked up on that! 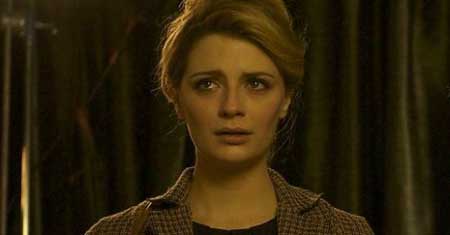 HNN: I’m not too sure but I’m assuming this was Michael Clarke Duncan’s last role. What was it like working with him?

MO: It was his last role. He was just a wonderful human being & he did not treat me like a first time director, he was such a pro! And he was such an asset to have on the set, he could crack up the entire crew with one line! I trained MMA fighter for 20 years & he was really into the martial arts as well so we would always sit & chat about our experiences in between shots. It was terribly sad to see him go.

HNN: I’m a big MMA fan as well & I remember Michael sitting ringside at a lot of fights.

MO: Exactly! The first thing he said to me when I walked into his trailer was “Do you train MMA fighters”? We just hit it off!

HNN: That’s a very interesting career transition! What made you get into film direction after training fighters for over 20 years?

MO: Well I kind of got into that (MMA) by default. I was a instructor of Jeet Kune Do concepts & Filipino martial arts under Tim Gabrielson. I’m just an artist so expressing myself & training fighters in the martial arts was just fun for me but my heart was always with writing. After writing this my producer, Aaron Levine, asked me to direct it as well! And in my heart I’ve always wanted to direct but never admitted it, I finally just told myself “You know what? Just go and do it”!

HNN: Really? So this is your first time behind the camera with no prior experience? That’s pretty amazing! It’s a very assured debut film. It’s got a very good flow to it. I’m impressed!

MO: Wow! Thank you very much! I love all of these compliments…I appreciate them!

HNN: I don’t give them to everyone! What was it like working with Mischa Barton & Devon Sawa on your first film?

MO: It was awesome! I’m used to seeing Mischa on shows like “The OC” and when I got the call telling me that she was on board I was flabbergasted! She was just awesome. And them Devon & I hit it off really well because he does a lot of martial arts as well, I think he’s a regular on “NIKITA” right now so he does a lot of Muay Thai. I think he would do MMA because he just loves to fight! But he’s an actor first & I don’t think his people would let him do that. We all went out on our days off to watch fights together.

HNN: So what’s next on the docket for you Matt?

MO: I have a few films that are in development right now that we’re trying to raise capital for. One is a “Surf Horror” film and the other is a suspense thriller.

“A Resurrection” will be released on DVD/Bluray on March 22nd from Archstone Distribution. 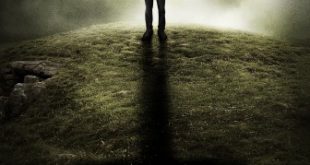