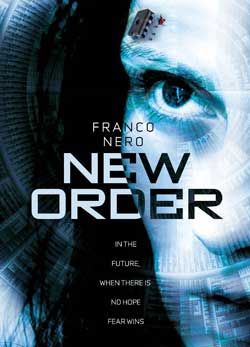 The year is 2033, three years prior an infection, a virus, or a bacteriological attack wiped out almost 90% of the global population

Apparently, the only reason that New Order managed to get made was due to Italian director Marco Rosson’s ‘savings and sacrifices’, although a massive help came in the form of actor Franco Nero, who believed in the project so much that he decided to become the co-producer of the feature and worked for free. The entire shoot was completed within just three weeks with a crew of just twelve people – which is pretty much unheard of for a sci-fi horror movie. Marc Rosson says that he always likes to remember that New Order is not his movie, but ‘our’ movie. Unfortunately though, heart-warming and inspiring as these sentiments are, I really struggled to enjoy New Order. Obviously, I admire the passion that went into making it but it didn’t manage to be as exciting or understandable to watch as Marco Rosson seems to think. 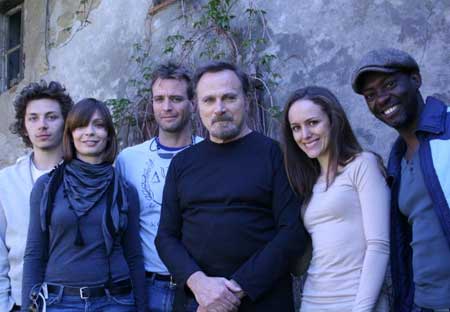 New Order is set in the near future where most of the population are infected with a killer ‘virus’. A group of five live out in the country in a secluded house, where a couple of scientists can examine them and hopefully find a cure which will save the future of the planet. Although one of the scientists dies, the other continues on this apparently futile mission, observing the group and taking notes on their development. Indeed, the five never stray too far from their house although when they do, it leads to disastrous consequences. Towards the middle of the film, the infection takes a bizarre turn, leading the group to lose their grip on reality and even to develop ‘special’ powers. This plot development initially appeared to be an interesting one, but quickly strayed into the world of the nonsensical. It never returned from this either, sadly.

This combination of sci-fi and documentary was an interesting choice to go with, and not something that I recall ever having seen before, but the story was severely lacking some ‘pizazz’. I think that the fact that the budget was so tiny, the science fiction element of the film suffered dramatically. Similarly, there were a very limited amount of locations used and I just couldn’t see past the ‘amateurish’ nature of it. On a more positive note though, I thought that the use of POV shots worked very effectively at placing the audience in the shoes of their characters. This is good for creating a connection between spectator and actor. Following on from this, the video diaries gave the viewer an eerie feeling whereby we are suddenly reminded that we are watching something personal to that individual, prying in on them in fact. This breaking of the ‘fourth wall’ is usually a taboo in the movies, but when used effectively, it can really work a treat. 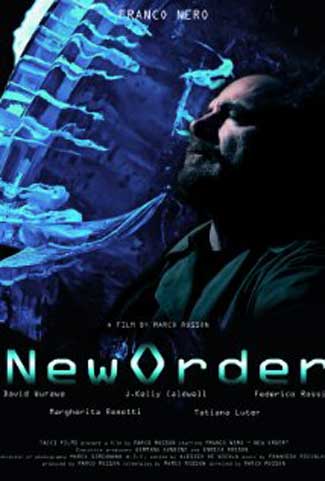 Marco Rosson claims that he was inspired to write New Order by movies like My Little Eye (a British horror) and Rec. (a Spanish horror), and I can definitely see the influence there. An interesting mixture of shots were used such as point of view, video diary and what he called ‘spy shots’ (in order to create a sense of tension, as though somebody is watching them) and this strongly reminded me of reality television, something which My Little Eye was also making a comment on. Because the actual point of New Order seemed to get lost in the convoluted nonsense of the plotline, it didn’t manage to be anywhere near as powerful as it could have been.
If you’re up for a challenge, then by all means, give New Order a watch. It certainly is an ambitious project considering that it is an independent movie. Marco Rosson claims that he wanted to talk about ‘life, euthanasia and reincarnation’ – lots of meaty subjects to explore there! However, I personally did not enjoy New Order and felt that it raised too many questions than it answered. In fact, I really didn’t understand any of the answers it did provide, so perhaps any brave souls out there who want to tackle it, would be decent enough to give a detailed analysis. I would really appreciate that. 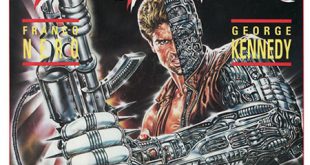