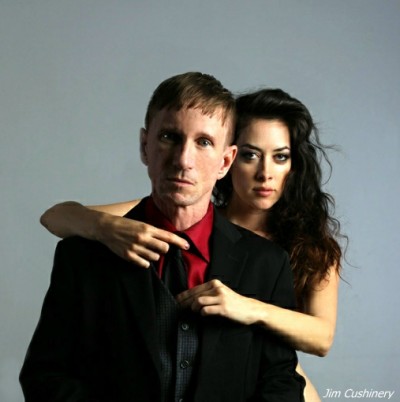 The actor says he is grateful and honored to be joining AEF and especially excited about being on the same talent roster as Trejo. “To me Danny Trejo is the perfect combination; a total badass on the screen and a total gentleman off of it” says Oberst. “I admire him and I’m a huge fan, so to be sharing the same talent agent with Mr. Trejo is a very big deal for me.”

Oberst’s performance as a Civil War-era bounty hunter in Chris Eska’s The Retrieval makes it’s world premiere at the South By Southwest Film Festival in Austin this month. The actor’s next expected wide release is Jourdan McClure’s Children Of Sorrow, in which Oberst plays cult leader Simon Leach. The role won Oberst a Best Actor Award at Hollywood’s Shockfest Film Festival, where Children Of Sorrow
also took the festival’s top film award. More on Oberst’s current and upcoming projects may be found on IMDb at www.imdb.com/name/nm2454994/