Home | ARE WE ALONE? The search for aliens happens this March 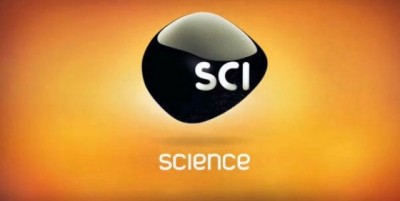 SCIENCE CHANNEL joins the search for Extraterrestial Life this March with ARE WE ALONE? month

(Silver Spring, Md.) — Science Channel’s ARE WE ALONE? month returns to viewers in March with a search for answers to bold new questions about mankind’s search for extraterrestrial life. Beginning Tuesday, March 5 at 10 PM (ET/PT), Science Channel renews its partnership with SETI Institute and is once again pushing the boundaries of the unknown. Four all-new, world premiere episodes feature leading scientists on the hunt for alien life forms that lie beyond Earth, examine the probable human response to actual aliens landing on Earth, and divulge fascinating new scientific discoveries about the existence of extraterrestrials.

“ARE WE ALONE? month was a big hit for Science Channel last March. We invited viewers to join the search for extraterrestrial life, and it’s clear that everyone enjoys programming of an alien kind,” said Debbie Adler Myers, executive vice president and general manager, Science Channel. “Especially the way our network approaches it–with a uniquely scientific perspective. This year, Science Channel has four world premieres that use stunning visuals, world-renowned experts and enthralling storytelling that help us to once again own the alien category.”

Science is constantly looking for evidence of life in outer space. In the world premiere of Aliens: the Definitive Guide on Tuesday, March 19 at 10 PM (ET/PT) and Tuesday, March 26 at 10 PM (ET/PT), viewers trek to stunning, remote locations on Earth and throughout the galaxy to gain a better understanding of what mankind currently knows about life beyond our planet including on Earth-like exoplanets.

Along with Science Channel’s unique brand of programming, ScienceChannel.com and SETI Institute are once again joining forces to offer a unique digital component which will enhance the ARE WE ALONE? viewing experience and take the search for extra-terrestrial life to citizen scientists everywhere.

During ARE WE ALONE? month Science Channel will also air premiere NASA’S MISSION TO MARS on Tuesday, March 19 at 9 PM (ET/PT). This in-depth special reveals the science behind Curiosity – NASA’s largest and most powerful rover ever – and its exceptional journey to the red planet. TRANSIT OF VENUS, premiering Tuesday, March 26 at 9 PM (ET/PT) on Science Channel, brings a unique, fresh perspective to the rare astronomical event that occurred on June 5, 2012, when Venus passed directly between the Earth and the Sun.

ARE WE ALONE? EPISODE DESCRIPTIONS:

These two episodes of ALIEN ENCOUNTERS begin where last year’s two episodes left off. A swarm of alien spacecraft hover in the Earth’s atmosphere and suddenly deposit thousands of mysterious capsules on the surface. As the mother ship floats, ominously silent, in Earth’s orbit the capsules begin to split and multiply as humans scramble to brace for the unknown. How will mankind respond to the extraterrestrial presence? Will humans panic or show restraint? How will humans understand the aliens’ motives if there is no common language or technology? What happens when mankind sends an ambassador rover to the mother ship? Using cutting-edge science and dramatic science fiction, ALIEN ENCOUNTERS examines these exciting questions and more.

This all-new special is an “Encyclopedia Galactica” of non-Earth life forms, and an investigation into the latest scientific understanding of life beyond planet Earth. ALIENS: THE DEFINITIVE GUIDE showcases the brilliant scientists who are currently grappling with extraordinary questions about alien life including: what will aliens really look like; how will they sound; what might their worlds look like; and, of course, will they come in peace. This two-part special takes viewers to stunning, remote locations on Earth as well as elsewhere in the universe. 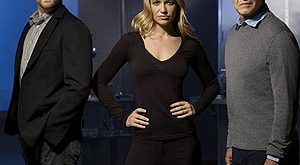