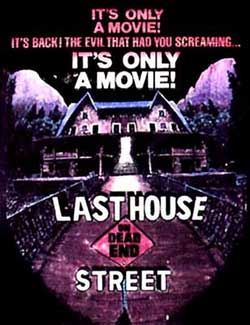 An odd young man (who obviously has a ton of mental problems) decides to get together with a group of his weird friends and make movies in an old abandoned building. What kind of movies? Why snuff films, of course!

Have you ever watched a movie and afterward wonder to yourself What the Hell did I just watch? That is exactly what I did tonight after watching Last House on Dead End Street. It is without a doubt an odd, violent, mildly disturbing little movie and after everything was said and done I’m not exactly sure what I thought of it. I didn’t necessarily hate it but at the same time I wasn’t really into it either and don’t plan on watching it again anytime soon. It had its moments (the “surgery” death scene is pretty damn awesome), but overall I couldn’t help but feel a little underwhelmed by it.

I had heard of it and remember seeing it in several video stores back in the 80’s and 90’s but never took a chance on checking it out because I assumed that it was just a rip off of Last House on the Left (which it wasn’t, to my surprise). I actually met Roger Watkins (who was the writer, director and star of the film) back at a horror convention back in 2002 and he was a super awesome (and very intense) guy, so after speaking to him for a bit I really wanted to see the movie but didn’t get a chance to do so until recently. I went into it with pretty high hopes (thanks mainly to the fact that it has such an online following) and was expecting to really dig it, but as I said earlier in my review I just had a very difficult time getting into it in general for a number of reasons. 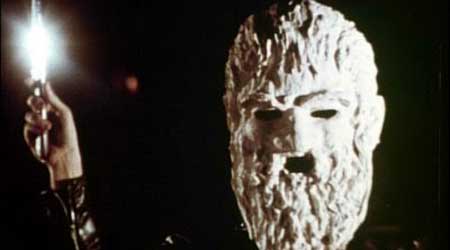 I hate to say this, but one of the biggest problems that I had with it was due to the fact that I thought that it was boring. The plot is pretty much non-existent and the entire movie is just made up of scenes that consist of Watkins’ character and his cronies hanging out doing random, uninteresting things and then filming themselves killing different people. These scenes take place over and over again and got really old really fast. I love good death scenes as much as the next guy, but I also need a little bit of a story taking place in between so that I don’t lose interest in what is going on. Unfortunately in the case of Last House on Dead End Street there really isn’t much going on in the way of story other than “here’s this crazy guy and his equally crazy friends who enjoy killing people and filming it while they do so” and nothing else. I think that some sort of subplot would have helped a little, if nothing else it would have helped to break up the monotony of seeing pretty much the exact same scenes repeatedly. 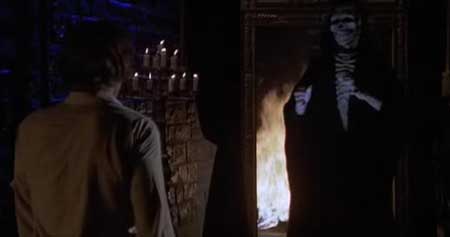 I also think that there are times when filmmakers can try a little too hard to make their movies disturbing and out there, and this is one of those times. We are treated to a handful of scenes that are supposed to be shocking (I assume that was what the people behind it were going for anyway) but came off as just plain silly if you ask me. What scenes am I talking about, you may ask? Well, the one toward the beginning where the woman in black face is being flogged at a party while a bunch of people (and what appears to be a little kid) stand around laughing and watching comes to mind, as does the one that involves the guy being forced to perform fellatio on the stuffed animal hoof (don’t ask) before he is killed. There are many scenes like these that take place that are supposed to really bother the viewer due to the fact that they are just so bizarre, but they had the opposite effect on me and I found myself either laughing at them or groaning because they were just so bad in general. 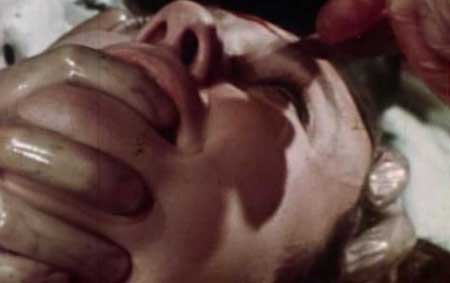 I didn’t hate Last House on Dead End Street, but at the same time I don’t think that it has the potential of ever becoming one of my favorite movies of all time either. I do respect the fact that it is low budget as hell and that it is considered a grindhouse classic in many circles, but I just wasn’t that impressed by it. Maybe if I watched it again I would see what the big deal was all about, but I think it is going to be a pretty good while before I give it a second viewing. Check it out if it sounds like something that you would be into, you could always do a lot worse. 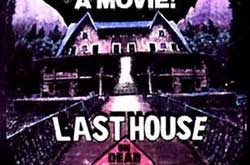