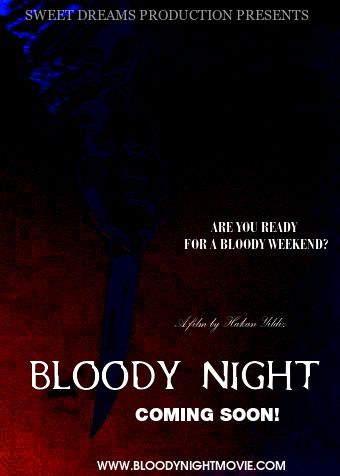 “Are you ready for a bloody weekend?”

Budapest, Hungary – Bloody Night is a slasher film that has recently completed principal photography. This disturbing title has been shooting in Budapest, Hungary since January of 2013. And now, director Hakan Yildiz has released several photos from the shoot. Award nominee and writer Pau Masó is shown as one of several friends stalked by a mysterious killer. European based actor Anna Rust also appear in these stills. Rust is a relative up and comer in the film industry, with appearances in Doctor Zhivago (2002) and The Brothers Grimm (2005). All of these cast members and more can be seen in the film’s most recent terrifying photos.

The film’s synopsis: “4 University students travel to Budapest during the winter break holiday, but they find their lives endangered. Now, these four friends will have to fight for their lives, to escape a masked madman and killer (Sweet Dreams Productions).“ 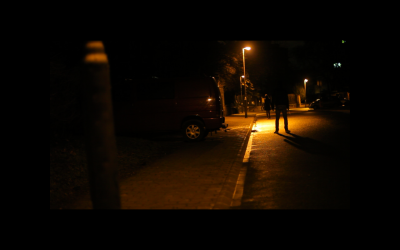 The film’s homepage is here: www.bloodynightmovie.com