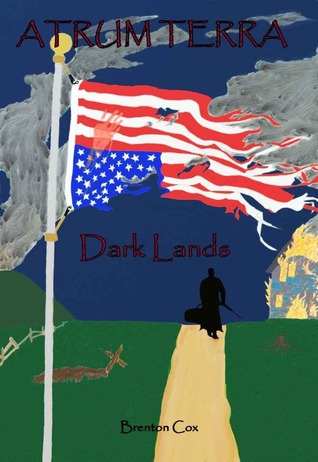 Zombies seem impossible to escape these days; they have overrun the literary field and are making a renewed comeback in the film industry despite almost being snuffed out for a time. Just as they were originally intended to do, zombies have taken over the Western world (or at least its pop culture).

This being the case, roughly every other book I review seems to revolve around those loveable undead beings in some way or the other and as such, it becomes increasingly aggravating to read the same formula over and over with a new title and different character names. Thankfully, however, there are still a few fresh takes on the recent dead out there to be enjoyed by those who are tiring of the typical routine.

Such is true with Mr. Cox’s new novel Atrum Terra: Dark Lands, which attempts to explain the origins of the virus itself (which, as it turns out, is again due to human greed) and show the slow but steady mutations that occur to turn it into the uncontrollable apocalypse that it becomes.
Mr. Cox offers us this information primarily through the eyes of two characters, an average man named Jonathan Fisher and a fresh-from-training Marine called Miguel Alverez. The separate perspectives of a working-class joe and a young military man make for an interesting tale and the way each goes about handling day-to-day life is also quite fascinating.

The setup as to how the virus came about was the first thing to really pique my interest, however. It’s to be expected that somehow the government is at fault, but the answers to how and why will really send the reader for a loop.

Overall, it was a great read that doesn’t take long to finish despite being a couple hundred pages long. However, where there’s good there must also exist evil, and Atrum Terra is no exception; the single biggest issue with this book as a whole is the same issue I seem to complain about in every Ebook I review: the spelling and grammar. At times, Mr. Cox proves that he did his homework on the sciences he discusses as well as the military actions that are taken, but the lack of a decent editor really takes its toll. Mr. Cox manages to offer up paragraphs such as this:

‘“We have been able to break the virus strand down to its lowest form and manipulate the individual pieces that make up the DNA of the cold as a whole. After we were able to figure out how to map and translate the DNA of the Rhinovirus, we then learned how to amplify or decrease specific parameters of the individual symptoms.”

However, alongside this type of writing the reader also must suffer through a multitude of coma errors, simple spelling mistakes, and horrid dialogue structure. In fact, that was the absolute worst part and what almost caused me to stop reading. Perhaps in translation from manuscript to Ebook something occurred that was out of the author’s hands, but every instance of dialogue is severely marred in the fact that it is all grouped together like a normal paragraph, making it very difficult at times to tell who exactly was talking.

If Mr. Cox were to fix the dialogue and perhaps clean up the overall grammar of his book, it would be a hit in no time. I would not allow this to stop someone from reading though; even as it is now, Atrum Terra is a fantastic read and a fresh look at a very old, very dead subject.