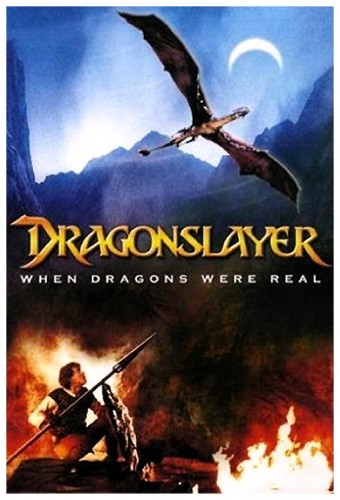 “A King has made a pact with a dragon where he sacrifices virgins to it, and the dragon leaves his kingdom alone. An old wizard and his keen young apprentice volunteer to kill the dragon and attempt to save the next virgin in line – the King’s own daughter.” (courtesy IMDB)

Sword & Sorcery is a label that is often applied to stories of heroic fantasy, usually set in archaic worlds in which heroes use their muscles and sometimes their wits to do battle against the forces of evil. The two main forms of Sword & Sorcery in books are those derived from J.R.R. Tolkien‘s The Lord Of The Rings – small hero against huge odds with the emphasis on myth and magic – and those derived from Robert E. Howard‘s stories about Conan – big hero with the emphasis on bloodshed and swordplay. When it became clear that such books were beginning to outsell science fiction, the film industry was quick to jump on the bandwagon. There was a short-lived Sword & Sorcery boom that began in 1981 and was pretty much over by 1983, mainly because none of them made as much money as their producers hoped. The most famous would probably be Conan The Barbarian (1982), and one of the first was Hawk The Slayer (1980), which was utter rubbish. 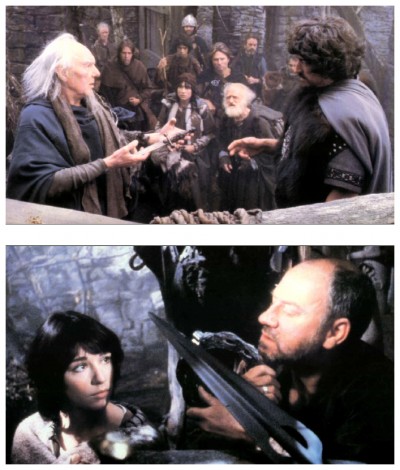 Of all the Sword & Sorcery films that followed, the first and best was Dragonslayer (1981), written by Matthew Robbins and Hall Barwood in the Tolkien mode, and efficiently directed by Robbins. These two filmmakers were comparatively junior members of the University of Southern California film-school ‘mafia’, a group that included George Lucas, Dan O’Bannon, John Carpenter and John Milius. Dragonslayer was a Paramount Studios co-production with Walt Disney, but the film manages to avoid the usual Disney stereotypes. Nevertheless it was dismissed by the critics and did poorly at the box-office, it should be a pleasant surprise, especially for adults. 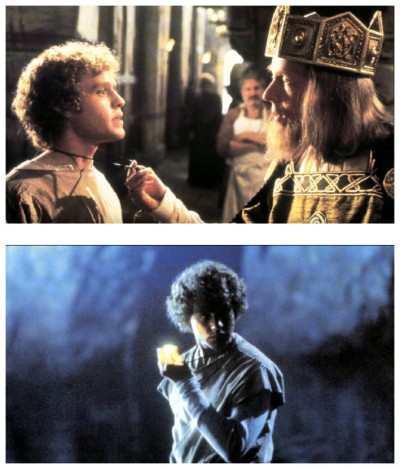 The story is set in unspecified Dark Age when magic and superstition are on the downswing, and Christianity is making inroads among the scared ignorant people. A delegation of villagers ask an elderly sorcerer named Ulrich (Ralph Richardson) to protect them from the depredations of a monstrous dragon, which demands a diet of virgins. But Ulrich is killed and the task is left to his innocent and inexperienced apprentice Galen (Peter MacNicol). We also meet Valerian (Caitlin Clarke) who has been living as a boy all her life so she won’t be sacrificed. The film traces Galen’s growth to maturity until, after many mistakes, he and Valerian enter the dragon’s lair and get more than they bargained for. Needless to say, he finally succeeds in his task. 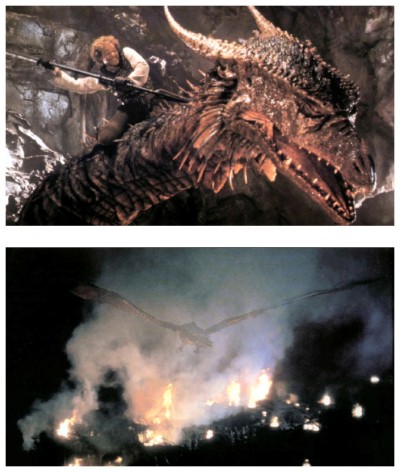 The plot is simple – it’s the movie’s textures that make it interesting: Muted brooding colours for the coarse-flavoured peasant environment in which most of the story is set; excellent special effects for the more brightly-coloured dragon sequences filmed by Industrial Light & Magic; a sense of real violence and misery in the life of the time; the vivid actuality of dragon life, witnessing its offspring devouring what’s left of a princess; and crisp dialogue. The film presents a magical world in a credible fashion – the countryside, the medieval hamlet, the castle and its dungeon, the dragon’s lair. 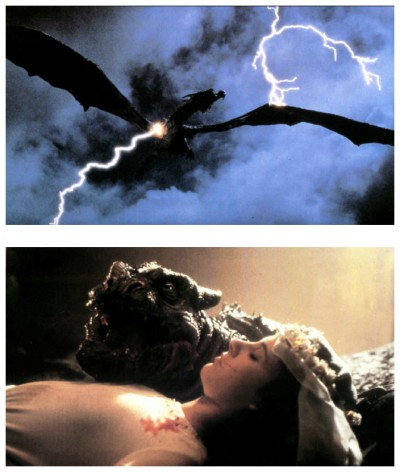 In fact the dragon’s lair is beautifully designed and the enormous fire-breathing dragon (named Vermithrax Pejorative) is one of the great monsters of the cinema – it’s like a Ray Harryhausen masterpiece with remarkably precise and realistic movements. The confrontations with the dragon are absolutely spectacular, the very first film to utilise the then-new process known as Go-Motion. There are a couple of scenes where the brutality might be a little too strong for younger viewers, but otherwise it’s everything a fantasy film should be. Just like in Excalibur (1981), there is a subtext about the death of the age of magic, symbolised by the mutual deaths of the dragon and the resuscitated sorcerer, a theme that is probably connected with a late-twentieth century feeling that our own world is becoming rather bleak, cold and mechanistic. 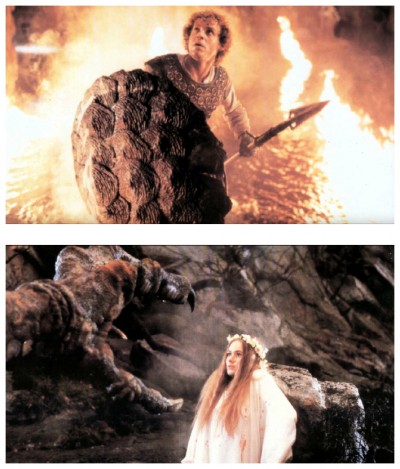 Dragonslayer, while not a great film, is certainly an intelligent one, with an extremely competent cast including first-timer Peter MacNicol, who has since become one of my favourite character actors. Film appearances include Sophie’s Choice (1982), Ghostbusters II (1989), Dracula Dead And Loving It (1995) and Bean (1997), and on television he could be found in Ally McBeal, 24, Chicago Hope and NUMB3RS. He’s also lent his voice to many animated super-villains including Kirk Langstrom aka the Man-Bat in the 2004 series of The Batman, David Clinton aka Chronos in Justice League Unlimited, Otto Octavius aka Doctor Octopus in The Spectacular Spider-Man, X The Eliminator in Harvey Birdman Attourney At Law, and the Mad Hatter in the video game Batman Arkham City. Oh dear, I seem to have strayed from the subject at hand, haven’t I? But, since you’re still reading this, I’m sure I can count on having your company again when I pick another forgotten fragment of filmic fluff from cinema’s lint trap next week for…Horror News! Toodles! 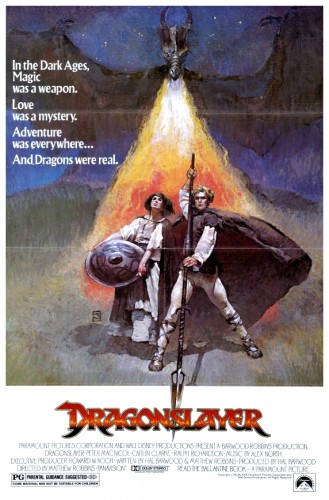