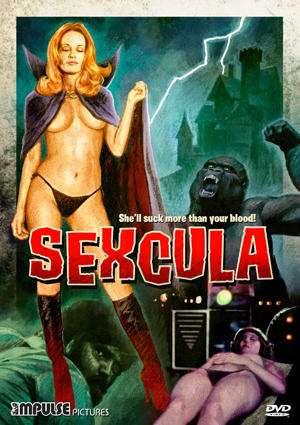 You know you’re in for something special when the tag line for the film is: “She’ll suck more than your blood!”

Not going to lie to you, before getting this press release I had never heard of this one but apparently SEXCULA was only ever screened once and then vanished and has since long been sought after by collectors having earned the status of “legendary lost”. That all changes on April 9th when IMPULSE pictures brings this one to DVD. Got the press release this morning and here’s what it had to say:

“Those Evil Deeds of the Countess… SEXCULA!”

SEXCULA is a skin flick of legendary lost status. Shot in Vancouver, British Columbia, it was screened once before disappearing and sought after by cult aficionados for decades. Now, Impulse Pictures is proud to bring you the world premiere of SEXCULA. Sex film fans can finally get a look at this elusive crazy Canadian erotic/horror hybrid for the first time ever.

Bizarre only begins to describe… SEXCULA! 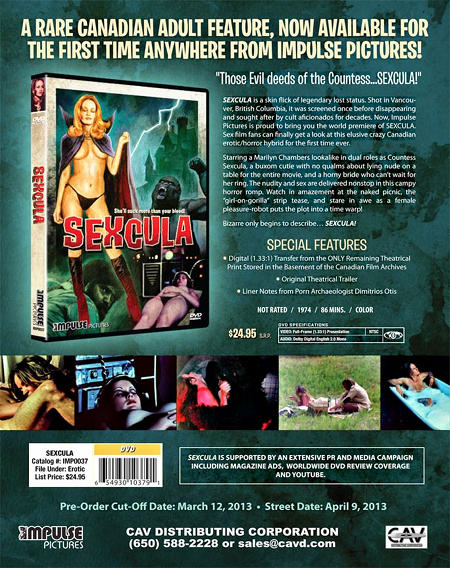