Home | A Rude, Crude, Fantastic Trailer For COOL AS HELL

A Rude, Crude, Fantastic Trailer For COOL AS HELL

Sure, it’s nasty, bloody, violent and full of nudity and childish humor but would you expect anything less from a project titled COOL AS HELL.

An indie tour de force of all the things that we as horror fans love COOL AS HELL looks to be a can’t mix addition to the zombie, exploitation genre. I’ve got all the details for you and then check out the nearly 5 minute trailer for all the fun.

Coming to us from director James Balsamo and Acid Bath Productions COOL AS HELL is an independent horror comedy that appears to be interested in pushing the boundaries of taste, sounds like my kind of film. Here’s the official synopsis:

Synopsis: “Rich wasn’t always a samurai sword wielding zombie slayer! He was your average comic book store employee, until he met a demon named Az. When Az came from Hell, he left the portal open and a soul hungry beast escaped. Rich and his roommate Benny used to have girl troubles, but that’s the least of their worries now. They have to stop the creature and the living dead that have crawled out of Hell. Who would have thought Rich would have to save the world just to get laid?”

COOL AS HELL hits DVD on Feb. 19th so give the trailer a look and see what you think. Lots of blood and nudity so this one is definitely NSFW!! 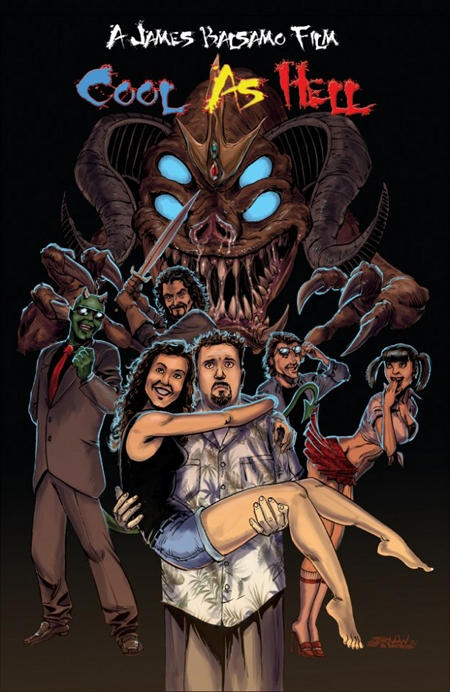 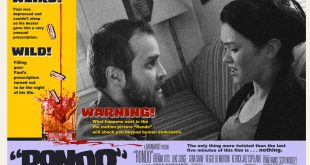