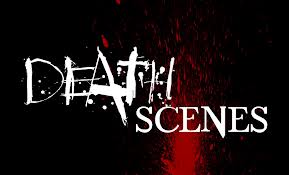 D.I. Collins has a suspected serial killer in custody. But there may be more to his crimes than the Detective imagines…

‘Death Scenes’ is the 7th slice in Bloody Cuts’ anthology of short horror films, made by a young team of UK film-makers on low budgets. Written and directed by Joel Morgan it stars Robin Berry and Ayden Callaghan alongside Charlie Bond, Paul Jibson and Carol Storey.

All is not as it appears in the seventh installment of the Bloody Cuts anthology – Death Scenes. This is the fundamental message of the short film. Considering that this was the directorial debut of head writer Joel Morgan, I have to say that I’m very impressed. There’s a nice hybrid of both crime and horror being exploited here, giving a sense of realism to the story which really works a treat.

Death Scenes is pretty much set up as a traditional police interview, or more precisely, an interrogation. The policeman is certain that the suspect has committed these crimes (the murders of several people) but needs to wheedle a confession from the rather ‘aloof’ suspect. There are flashbacks in which the audience gets to see these crimes take place, confirming concretely that we are in fact looking at the killer. What comes next is a surprising revelation which even managed to knock me off guard. There’s a sudden twist in the interpretation of these events, a sudden change of path in the direction of the film, and the viewers actually manage to come down on the side of the killer. I thought that this twist was really inspired, and definitely added a whole new level of awesomeness to this film.

There are all manner of horrific deaths present in Death Scenes (who’d have guessed?) so all hardcore gore fans should prepare themselves for something special. Perhaps the most impressive is the part where a man’s head gets sliced in half, there are no cuts used at all so the viewer is able to see the whole thing as it happens. A rarity in cheap horror films!

The dull colour palette used throughout is contrasted by the bright red tie and cup of the police officer and these are almost like sneaky hints about the soon-to-be revealed murders. The lighting is also used in a clever way, cunningly directing our attention to the appropriate things in the shot. It’s cleverly unassuming and yet really does have a powerful impact on the nature of the movie.

For some reason, I feel compelled to quickly mention the credits for Death Scenes. The credits scroll in a different way to most other films (from top-down as opposed to bottom-up) and this caught me off guard a little bit. It was so subtle and so undemanding to watch, and yet at the same time I still knew that something was off! I think that this is a wonderfully simple idea which fitted with the film great. I also noticed that some crucifixes were thrown in there with seeming disregard, which reveals a classic tool of horror films – mixing religion into it somewhere. It’s just such an obvious ‘source’ for evil things that it almost feels too easy, but I personally didn’t feel that this plot point was that important.

Two thumbs up from me. I do so love it when a horror film catches me out and surprises me. Good job and good luck on the eighth installment! 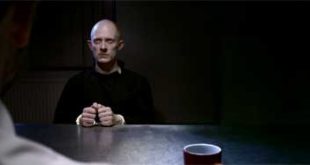 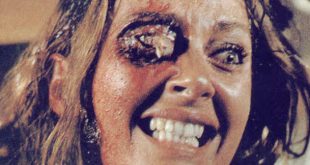