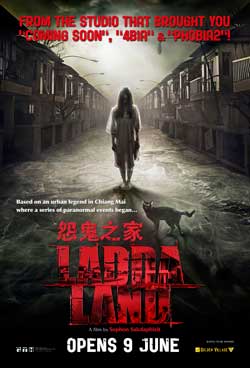 Ladda Land is based on the true story of a gated community that was shut down after a series of mysterious deaths and paranormal occurrences. When a family moves to Ladda Land, an upscale housing development with large, beautiful homes, they discover life in their new neighborhood isn’t so perfect when they encounter a series of terrifying, paranormal events that drives the family to the edge of insanity.

It’s a pity there isn’t more of a market for Thai cinema in Anglophone countries. It’s always nice to come across a little-known gem from this relatively obscure source, but it is never without its pitfalls. Possibly the worst of these is outsourced subtitles. While I did enjoy Laddaland, I often had to really concentrate to work out what the hell was going on, thanks to the absolutely horrendous translation. 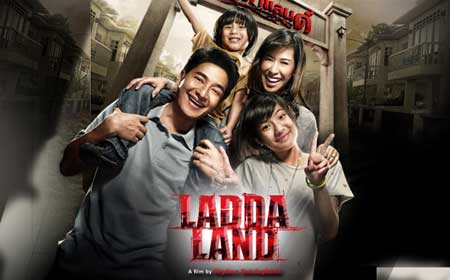 The subtitles were obviously the handiwork of either Google Translate, or of a blind man with a Ouija board communicating with a mischievous ghost who doesn’t speak any English. The romantic in me hopes it’s the latter. Almost every line of dialogue that flashed up at the bottom of the screen was completely nonsensical. Examples include: ‘Yesterday I raised a servant of Burma,’ ‘Once you call the mother, touched me,’ and my personal favourite, ‘Water my cat defecate?’

Leaving that aside (if at all possible), it’s pretty impressive just how well the film stands up with such a big handicap. The suspiciously gentle, whimsical beginning takes some getting through, but it’s a very effective setup for a what appears to be an upmarket, straight-ahead horror film. Laddaland starts out slick and effective—if a tad formulaic—in a mainstream kind of way. More Poltergeist than The Texas Chain Saw Massacre, which is no bad thing in itself. But there is more to Laddaland than at first meets the eye.

The human story initially seems a little trite and generic. There is the hardworking, saintly paterfamilias, his doggedly supportive wife, his rebellious teenage daughter, his cute younger son… and so on. None of the characters are anything special. But it’s what the film does with the characters, and the dark places that the story goes into, that makes Laddaland an intriguing film to watch. It is not only tense and scary, but also staggeringly bleak. I don’t mean just horror film-bleak, but Grapes of Wrath-bleak, and all this in a cheery suburb in one of the most beautiful countries in the world. This film is cruel to its characters. 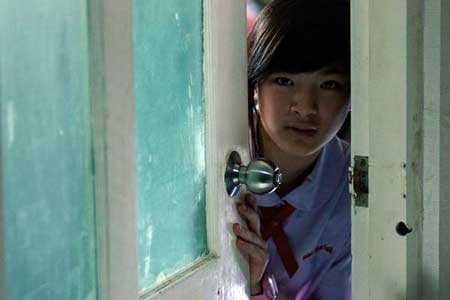 The scary bits contain much that you’ll have seen elsewhere. Sixth Sense-style jump scares are used for many of the ghost sightings, as well as for the abusive husband who lives next door, who is arguably the real monster of the film. But there is also a lot of good old fashioned suspense, and the horror is often built up on the viewer’s expectation of what they are about to see, rather than bolts from the blue. Even so, the horror in this film never really builds on its momentum until towards the end. The scares are generally pretty good, but unfortunately they are too few and far between. 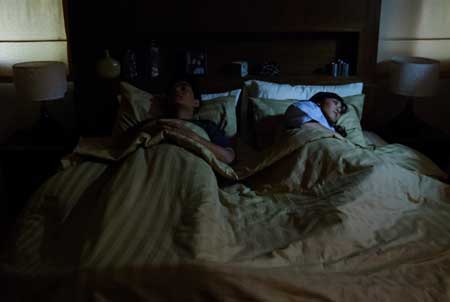 This brings me to my major criticism of Laddaland: it’s far too long and it spreads itself too thin. The story takes forever to get going and moves very slowly, so the film feels like every last one of its 113 minutes. It’s far too talky. While the human story is an unusual point in this film’s favour, the balance is tipped far too heavily in this direction. This intense focus on domestic misery does tend to flesh out the characters, but after watching the wife speaking on the phone to her controlling, judgemental mother for the thirtieth time, it does begin to get a little old. 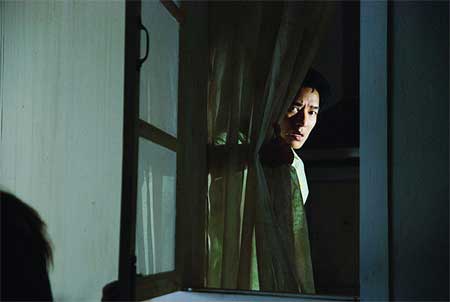 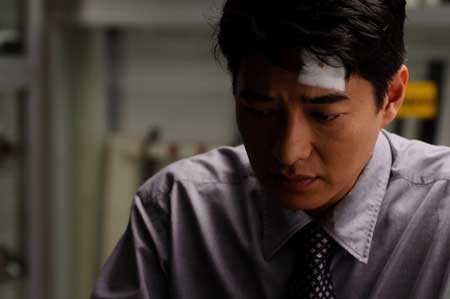 That said, it’s hard not to care about the characters by the end. Even the hardest of hearts can empathise with the parents’ instinct to protect their young son, who goes missing in the apparently cursed house where all the deaths in the film have taken place. The climax is very nicely put together, full of visceral, almost dreamlike elements and clever floutings of basic cinematic rules to throw the viewer of balance. In the end, Laddaland’s faults don’t really count against it too heavily, and it achieves all of its major objectives. So give it a look, but for god’s sake, get a decent translation.