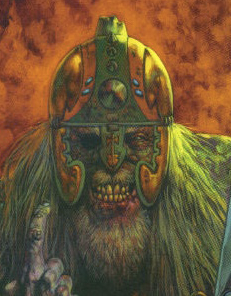 Of all the zombie-like creatures that stalk the annals of history, one of the most terrifying is the Scandinavian draugr. The creature has enjoyed recent popularity through the video game The Elder Scrolls V: Skyrim and inspired the Others in George R. R. Martin’s bestselling A Song of Ice and Fire series. Even Tolkien drew from the ancient tales of draugar when he created the barrow-wights for The Lord of the Rings. The draugr itself is part of numerous Northern European legends regarding the walking dead stretching back to at least the 11th century.

Much like the dragons and dwarves of medieval lore, draugar were known for guarding their treasure, of which there was plenty in the graves of important Viking men. To attempt a theft of this treasure was to face a creature of superhuman strength that could increase its size at will, and which stank of decay. Worse, the draugr, unlike our modern zombie, preserved some of its intellect and thoroughly enjoyed inflicting misery upon others.

The draugr’s preferred methods of killing add even more horror to this already frightening monster. In its expanded state it might crush its victims or swallow them whole; it could also consume flesh, drink blood (several other aspects of the draugr seem to have influenced later vampire traditions), or even drive people insane. And yet it gets even worse, because magical powers imbued the draugar with the ability to shape shift, control the weather, and use clairvoyance. The draugar favored nighttime but were not vulnerable to the sun. They brought disease and curses and, much like cinematic boogeyman Freddy Krueger, could enter the dreams of the living.

While there is no exact description of a draugr’s creation, it seems that death by draugr was enough to turn the victim into one. Accounts portray the risen draugr as either bluish or pale like a corpse. Predating (and perhaps inspiring) the Continental vampire myth, draugar often visited their families, for they were extremely envious of the living. 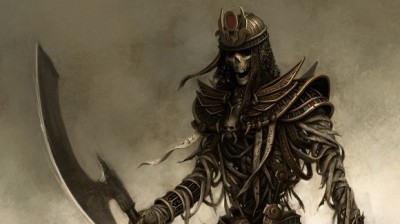 How could one kill such a creature when it appears all but invincible? Since some draugar were immune to weapons, the emphasis was on prevention. A pair of open iron scissors was placed on the chest of the departed, and twigs or straw in their clothing. Big toes might be tied together or needles thrust into the soles of feet to inhibit the dead from walking. To confuse the draugr, the coffin was raised and lowered in three different directions.

In another tradition later echoed within vampire mythology, a special door called a “corpse door” was built. The corpse was carried through, feet first, so it couldn’t see where it was going. This door was then bricked up in the belief that the dead must leave the same way they entered. If all else failed and killing a draugr became inevitable, one had to cut off its head, burn the body, and dump the ashes in the sea.

More recent folklore finds the draugar amongst fishermen in the northernmost reaches of Norway, due to the high mortality rate inherent in the job. In 19th-century Iceland, a rite known as “the sending,” in which a wizard raised a dead man to perform tasks, bears a startling resemblance to the Haitian voodoo rituals that led to the modern zombie legend.

The most famous draugr of Icelandic legend was Glamr, who cast a curse upon the famous strongman Grettir. Glamr, once a disliked shepherd, haunted his old farm and murdered both livestock and men who challenged him. Though Grettir managed to defeat the beast, Glamr proclaimed just before Grettir cut off his head that, from then on, Grettir would see the draugr’s staring eyes before him. The curse led to a terrible streak of bad luck that eventually resulted in Grettir’s death. Even courage could not defeat the draugr’s curse, and in the end, it seems the draugr wins no matter what. 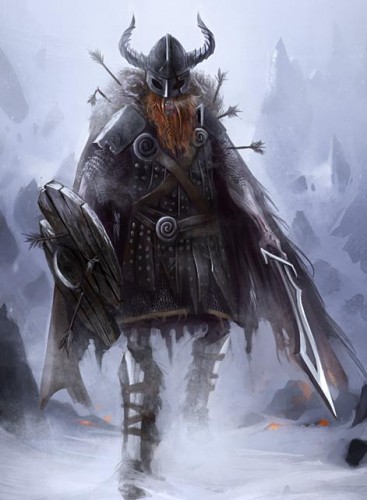