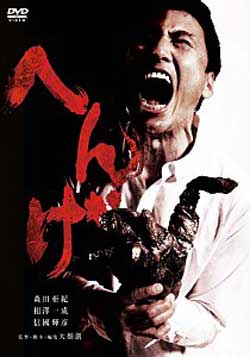 A young couple are living a quiet and happy life, until the husband suddenly begins howling uncontrollably.

Oh dear. Here we have a film so infuriating in its waste of potential that I almost don’t know where to start. The disparity in quality between the beginning and end is so dramatic, so baffling, that I almost thought that some prankster had surreptitiously changed the channel while I was watching. Sadly, this appears not to have been the case.

Henge (‘Metamorphosis’) tells the story of Yoshioki, a nice and seemingly normal man who suffers from unexplained and increasingly severe seizures. He seeks treatment, but before long it becomes clear that there is more to his condition that anyone imagined. Yoshioki  is gradually changing into some kind of monster, and is losing his humanity bit by bit. It’s a familiar story already told in many different ways. In the case of Henge it’s more Cronenburg than Kafka, with a dash of Tetsuo: The Iron Man thrown in for good measure. It starts off strongly, building up tension with curt dialogue and long silences, underscored by appropriately brooding, dissonant music. It is shot in a quasi-documentary style without resorting to the tired old ‘found footage’ trope, and the result comes off as sharp and professional-looking. 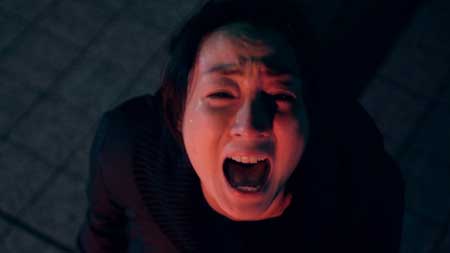 There is little to no exposition early on, and the restraint in the storytelling does the writer credit. The viewer is left to fill in most of the gaps for himself, and it makes for compelling viewing. The central idea—that of a nice middle class couple gradually losing trust in each other because one of them is no longer fully human—is strong enough to carry the film for quite some distance. The prosthetic effects are unfortunately very poor, though this is mitigated somewhat by an excellent physical performance from Kazunari Aizawa, who plays Yoshioki. 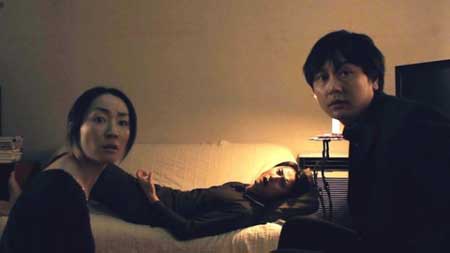 Sadly, when the subtle, slow-burning horror that characterizes the first half hour gives way to a man in a rubber suit killing people, the quality of the film takes a nosedive. It’s not even the triteness of the story that hampers it, but the rotten creature design. It’s not much better than your typical ‘monster of the week’ on a seventies episode of Doctor Who, and it’s made worse by the frankly comical sight of Yoshioki’s weeping, untransformed head sticking out of the top of the costume. Sometimes it just looks like he’s wearing lots and lots of clothes. The wife’s character arc is pretty good, however, and she just about manages to keep the film on track. The story takes a couple of unexpected and chilling turns, and by the last fifteen minutes it seems like the film has more or less surmounted its faults. But then it blows it, spectacularly. 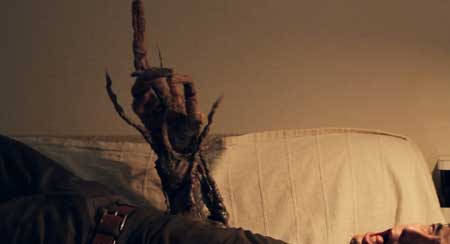 The climax of Henge is one of the worst endings to a film I’ve ever seen, all the worse because it nullifies everything that the film had going for it up until that point. In the last five minutes of running time, Henge makes the snap decision that it wants to be a kaiju film, and not in a funny, Big Man Japan kind of way. For no good reason, the monster grows to Godzilla-like proportions and starts suplexing tower blocks and getting shot by tanks. It is an extraordinarily unimaginative idea, and the execution is so amateurish it beggars belief. It looks like nothing so much as a man in a grey rubber suit stamping around on an inexpensive train set. 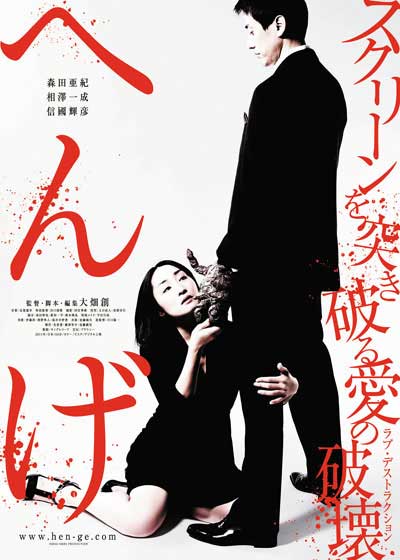 And… that’s it. As the credits roll you’re left scratching your head and wondering why anyone ever thought it was a good idea to take the story in such a feeble and nonsensical direction. Was the script abandoned by the writer and finished off by some particularly crass studio exec? Was the writer trying to sabotage his own project? If this were a student film, or perhaps some forgotten oddity from the sixties, there might be some reason to let Henge off the hook as an interesting failure. Ultimately, however, it is simply a rotten film with a handful of uncharacteristically good moments. Definitely one to avoid, I’m afraid.