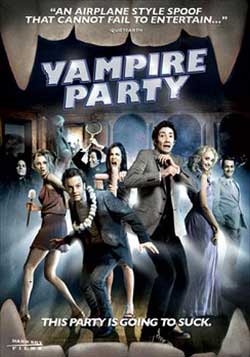 This Party Is Going To Suck.

Yes, it a bit of a cliche to classify a huge part of French film as broad, slapsticky, and yes, even “zany” comedy, but, whilst I’m sure there are many a French funny film that use subtler, more sly humour, “Vampire Party”, is certainly not one of them. To be fair, no one would really blame you for an eye roll or two over the idea of a high energy French comedy about vampires, called, rather boringly “Vampire Party”. 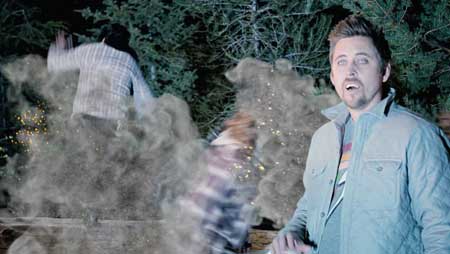 But, low expectations can sometimes reap bigger rewards….although, rarely so when it comes to horror. The story concerns that of Sam Polisatokoniminsky, (a zany name, I know), who, along with his two hot lady BFF’s , simply lives and loves to party. One fateful evening out in da club, the triad of French buddies get themselves invited to a very exclusive , much lauded fete that takes place in a gigantic castle seemingly far , far from civilization.

Well, civilization in the form of non partiers. Usually, big , hyped parties in movies attended by the main characters end up being a big, inexpensive, lame looking affair to the audience. However, since this is a Euro based film, the party at the high castle ends up looking like a pretty stellar one, complete with topless, Marie Antoinette haired go-go dancers, and plenty of partiers.

What the revelers don’t know of course, is that all invited guests are in fact a living, breathing, dancing open bar for the “real” party….a large pack of ancient vampires who have come to feast like its 1899…. 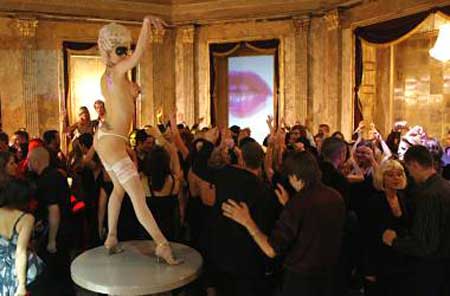 Of course, because Sam and co. are adorable and cunning, they figure this out and are left to fend, fight and flee the revenants.

Despite there being an ever persistent lineup of films that merge both genres, comedy and horror are still somewhat awkward bedfellows. A lot of movie goers don’t see the humour in jokes centered around blood and guts, even the most abject loving of us…this is probably because whilst there is an obvious audience for gore and horror, everyone’s sense of humour differs, so , while the grossness and gag of the horror spectacle might be satisfying, the joke that accompanies it may not. 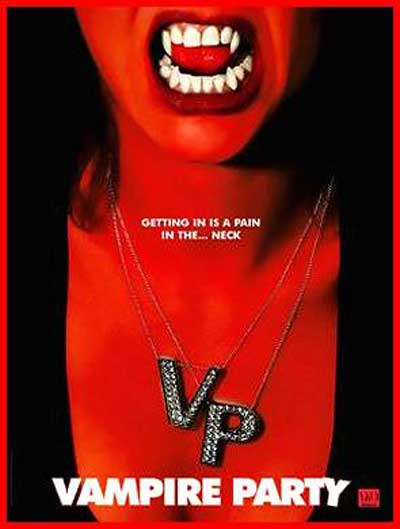 i mention this because “Vampire Party” seems to run the entire comedy gamut in its brief hour and 25 minute running time. It’s fairly unoriginal in the horror side of things, and the sfx, while not terrible, are nothing to shout about, but pretty much every kind of joke, gag or gimmick is tried out. “Vampire Party” leaves no stone or funny bone unturned. Everything, from subtle satire, to full out slapstick, to raunchy toilet humour fart jokes are employed.

One could think that this mecca of funny would make for an uneven film experience, but, “Vampire Party” is actually surprisingly solid. This probably has a lot to do with the cast, who are all talented, and, above all, game, for the many shades of comedy thrown their way. They are a cohesive bunch who know when to go big, and when to reel it in when it comes to jokes. 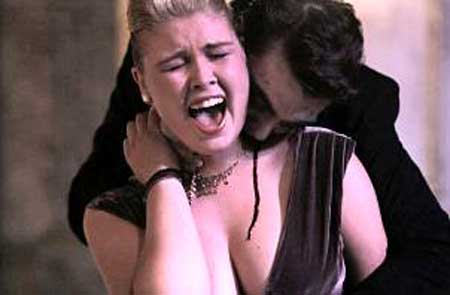 But, despite their proficiency, there are moments when “Vampire Party” fails to deliver the funny. This is less about the cast’s ability, and more about flaws in the script. Because it has such a variety of jokes, “Vampire Party” really displays what works in the horror comedy genre and what doesn’t.

Bawdy, broader, toilet humour , American Pie style, such as a vaguely racist, ethnic indigestion remark, or a salacious double entendre joke about “sucking” all fall flat in the groaner kind of fashion. Whereas , when the writers flex a little harder and go for more clever, more cerebral based jokes, like having the vampires regard one of the guests, a c**ky dentist, as the big celebrity of the night, or having a particularly funny fight that ends up involving the films camera crew, the film becomes an actual comedy worth laughing at. 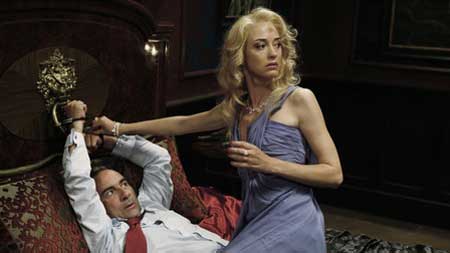 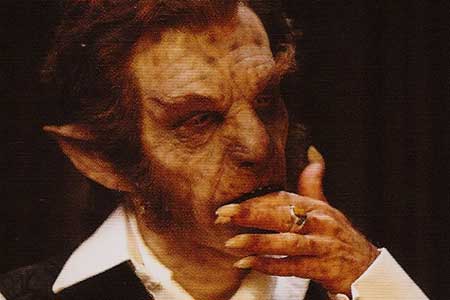 “Vampire Party” isn’t a perfect film, and you might find yourself resisting a viewing. However, like a tipsy party guest who you start talking to out of boredom but find yourself surprised at the company, it is a quick paced, very entertaining, extremely charming film that would probably hold your interest and make you laugh more than once. And it IS zany. 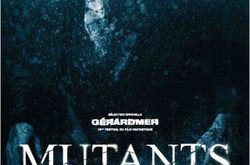