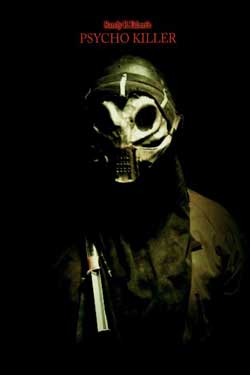 a seasoned detective who comes face to face with the ‘Juggernaut’ a serial killer who’s complete, relentless desires are carrying out on young women. After the detectives partner is taken by this psychotic killer the detective sets out to find justice only to discover darker horrors and deeper evils that are carried out by the ‘Juggernaut’

From time to time you will watch a film that is more of a sensory challenge than a feature presentation. Psycho Killer is one such film. With a hard hitting, aggressive and at times unpleasant style this is a production you will remember for some time whether you like it or not.

The film opens with a young woman Maria (Anita McFarren) arguing with her father Giovanni (Doug Palmer) over the telephone. There is an implied distance and awkwardness between them due to some prior incident and the call doesn’t end well. As Maria then runs a bath she hears a noise and after investigating discovers her apartment door wide open. As Mari is a cop she immediately gets her gun from its holster and checks for intruders. When she believes all to be clear she is attacked by a masked assailant and, despite credible resistance, is last seen being dragged feet first into the corridor. 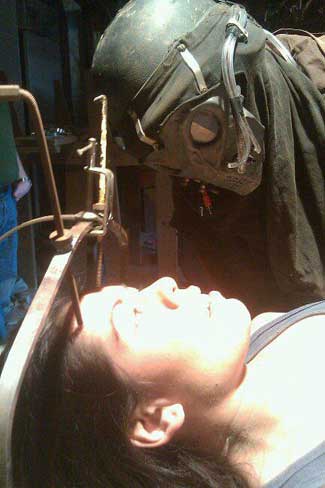 Six months later Detective Graham (Randy F. Fabert) arrives at a crime scene where the body of a decomposing young woman is found. This body is Maria’s and, as we later discover they had a relationship, he is compelled to find her killer, along with her still grieving father.

As the two repeatedly fight over the progress of the investigation another crime takes place, this time recorded on closed circuit television, with the intended victim being abducted and several have a go heroes butchered. It seems that the titular psycho cares not if there is an audience to his crimes as after dispatching said heroes he simply walks away with his target. What follows then becomes something of a chase as the two men must put aside their differences to find the killer.

The first thing to note about Psycho Killer is that it is a dark film. While this could be said of the subject matter itself I am referring in this case to the lighting. I accept and understand the desire to create a certain atmosphere but at times it becomes extremely difficult to see the action and with the majority of it played out either at night or in gloomy tunnels this becomes something of a problem. The director, Randy F. Fabert (also star, writer, producer and amongst other things stuntman) has also drained the film of much of its colour. This can be very effective in many films but here just adds the viewing difficulties and I felt I was straining my eyes to see on several occasions. 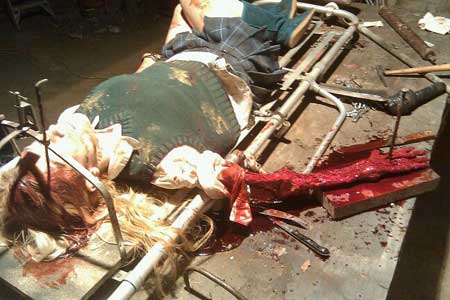 The performances are good on the whole although there does seem to be a contagious overacting bug going around as at any point when more emotion is required the actor definitely cranks it up a notch or two. They also seem to struggle at times with the cliché ridden script which will on at least one occasion make any viewer sigh wearily. Other issues come from the somewhat strange and unjustified actions that the characters occasionally take. In one scene the father brutally, and seemingly uncontrollably, beats a police officer to within an inch of his life, all for a name. In fact there are quite distinct parallels between the father Giovanni and the killer he is pursuing. 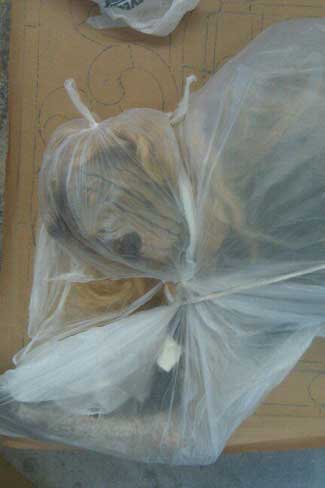 As I stated earlier the film will stay with you for some time due to its oppressive and relentless nature; something echoed in the character of the killer. From the opening credits to the final scenes Psycho Killer just doesn’t let up. The music is aggressive and industrial in nature, the characters unlikeable and brutal, and the protagonist comes with more than a passing nod to the killers in films such as The Texas Chainsaw Massacre and Halloween. The torture scenes when they come are extremely graphic and flirt dangerously close to crossing the line of taste on more than one occasion. There is also a high pitched scream that accompanies many of the scene changes which becomes annoying after the fourth or fifth time. 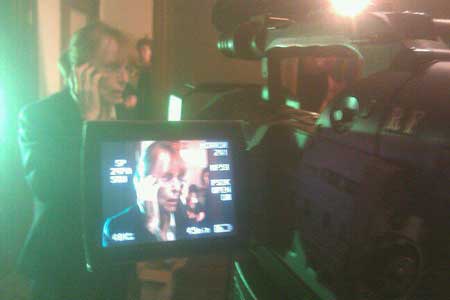 If it was the writer and director’s intention to produce a film that unsettles, and may even upset its audience then they have succeeded. Anyone who, on a reported budget of $10,000, can produce a feature that I suspect will generate such a strong reaction from anyone who views it should be applauded but I have reservations. Put very simply, Psycho Killer is not a nice film and while I suspect it may slip into cult status I would struggle to recommend it.