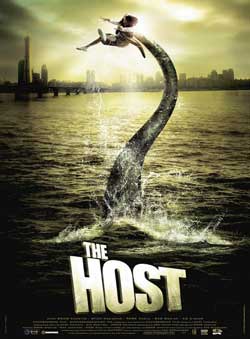 A monster emerges from Seoul’s Han River and focuses its attention on attacking people. One victim’s loving family does what it can to rescue her from its clutches.

Here we have a special effects-heavy monster movie from South Korea, in which a huge creature comes out of the sea and goes on a destructive rampage through the city. In case you were wondering, it was released two years before Cloverfield, but any comparison between the two would be moot. The Host is a vastly superior film.

Where the famous blockbuster lacked humour, depth and charm, this film has it in spades. Instead of a spoilt and vacuously pretty couple that no sane person could possibly care about, we have a family of bickering misfits as our heroes. Early on we are introduced to Gang-du, a slow-witted and seemingly narcoleptic dad who bonds with his preteen daughter by giving her a cold beer. Shortly afterwards we meet the rest of his family, who aren’t much better. 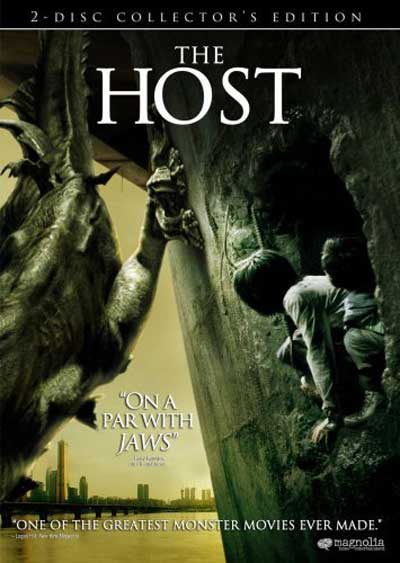 After the main characters are introduced, the film eschews the usual formulaic suspense building and cuts to the chase. Five minutes in we are treated to the sight of a ravenous sea monster going buck wild in downtown Seoul. The monster itself is great, looking something like a mudskipper crossed with a chameleon. Only it’s the size of a killer whale. The effects are perfectly adequate if not spectacular, but it is the restraint with which they are employed that makes all the difference. There are no swooping camera movements or sudden switches to bullet time, so the viewer’s suspension of belief is never strained too much. 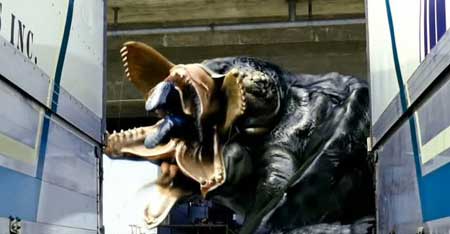 But the effects are of secondary importance, because The Host’s strengths are such that it doesn’t need to rely on cheap spectacle for its thrills. Or expensive spectacle, for that matter. There is an oft-ignored rule in horror (established by Psycho) that no character should be immune from meeting a violent end at any moment. In The Host this is played with, then subverted, then turned on its head once again—I won’t go into any more detail than that in case I spoil it.

The story is never predictable, which is something you can’t say about many monster movies. It finds humour in the unlikeliest of places—a memorial service for the monster’s victims in one example, and a biopsy conducted without anaesthetic in another. It’s surprisingly heartwarming too, not only in its exploration of the relationships between a seemingly dysfunctional family, but in seeing each member of that family discover hidden strengths. By the end of the film it’s clear that none of these Jerry Springer cases are as useless as they initially seemed. As far as acting goes, the show is well and truly stolen by child actress Go Ah-sung, whose performance is nothing short of astonishing. The score is very good too. 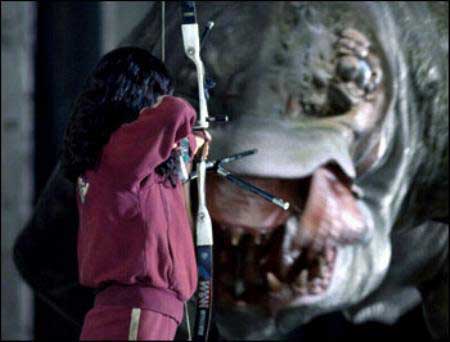 But the most notable thing about The Host is that it has plenty to say, and it says it with a sledgehammer wit. There is just as much satire in this film as there is horror. In the opening scene, a fatuous American scientist browbeats his assistant, a reasonable but meek Korean, into pouring a vast quantity of formaldehyde into the Han River. This is, of course, the cataclysm that begets the monster, but it is only one episode in a continuing story that overarches the events of the film. The corrupt and feckless South Korean government are continually bulldozed over by the American military, who fumble every chance they are given to deal with the situation but never listen, and never learn from their mistakes. 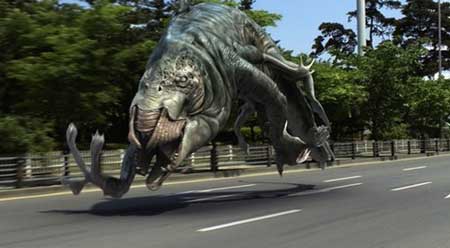 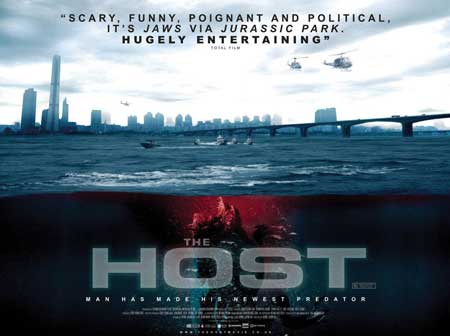 After several disturbingly comic riffs on this theme, there is a terrific scene in which one character breaks out of a military field hospital—where he has been needlessly subjected to a series of painful and humiliating procedures—and finds the scientists and doctors enjoying a barbecue outside. The allegory is ever-present but never laid on too thick; it’s just one of several equally potent ingredients that blend to make The Host an exceptionally good film. 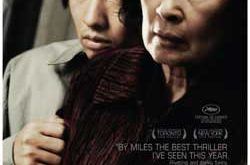