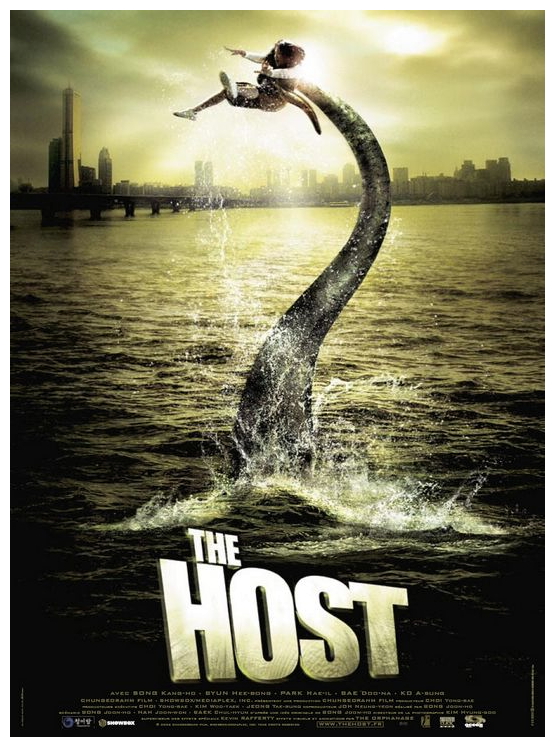 “The film revolves around Park Hee-bong, a man in his late sixties. He runs a small snack bar on the banks of the Han River and lives with his two sons, one daughter, and one granddaughter. The Parks seem to lead a quite ordinary and peaceful life, but maybe they are a bit poorer than the average Seoulite. Hee-bong’s elder son Gang-du is an immature and incompetent man in his 40s, whose wife left home long ago. Nam-il is the youngest son, an unemployed grumbler, and daughter Nam-joo is an archery medalist and member of the national team. One day, an unidentified monster suddenly appears from the depths of the Han River and spreads panic and death, and Gang-du’s daughter Hyun-seo is carried off by the monster and disappears. All of the family members are in a great agony because they lost someone very dear to them but, when they find out she is still alive, they resolve to save her.” (courtesy IMDB)

Bong Joon-ho (Bong is his family name) is a South Korean filmmaker who has become known for choosing strong subject matter, dark humour and sudden mood shifts. After the true-life-inspired Memories Of Murder (2003) which brilliantly re-examined the serial-killer genre, Bong decided to tackle the monster-movie genre. He obviously enjoys breaking the rules of the genres he works in, and it shows in the end result: “I don’t know why, but I love genre movies as much as I hate them.” Although The Host (2006) succeeds in offering the expected thrills, one can justifiably argue that its real richness lies in Bong’s audacious aesthetic choices and its changes in atmosphere. Once the origins of the giant monster are established, it’s not long before it starts attacking people. Contrary to all expectations, however, it does so in broad daylight during a quiet afternoon. Even if part of the action takes place in a subterranean sewers inherited from the gothic tradition, the world of The Host is first and foremost a grounded and realistic one. 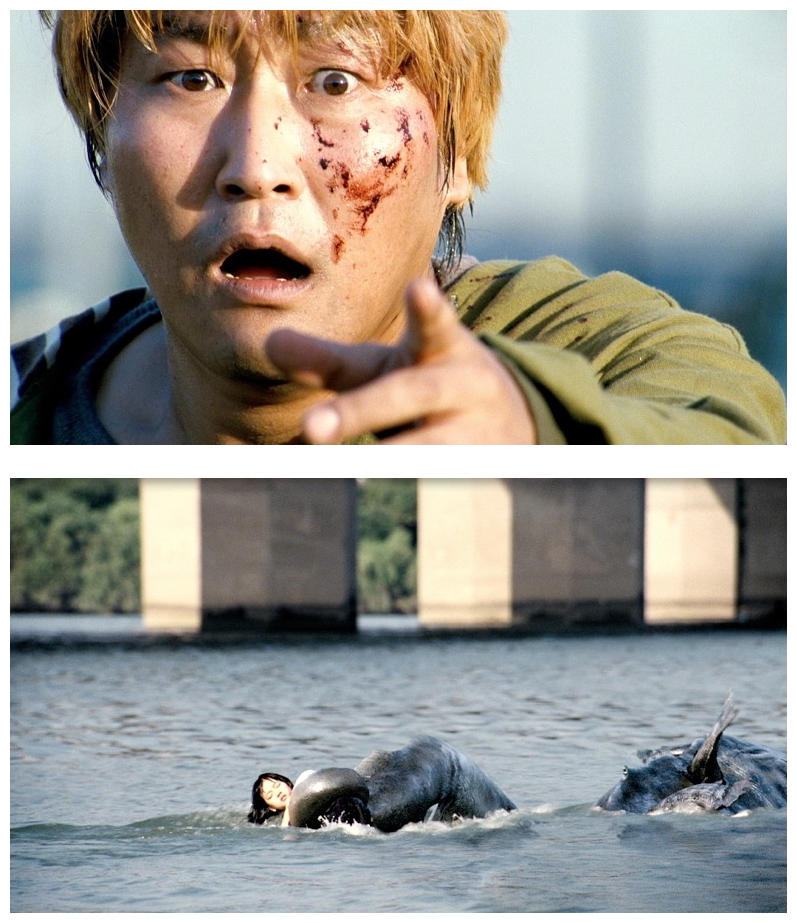 This bias is quite clever and enables the film to focus on something other than the conventional suspense linked to the creature’s appearance. In fact, Bong provides viewers with a constantly shifting mix of horror, humour and melodrama. Beginning in the year 2000, an American military doctor orders his Korean assistant to dump a couple of hundred bottles of formaldehyde down a drain that leads to the Han River. Over the next several years, there are sightings of a strange amphibious creature in the waterway and the fish are dying off. Fast-forward to 2006 and a young man named Park Gang-du (Song Kang-ho) who runs a small snack bar in a park near the river with his father (Byun Hee-bong). Other family members include Park’s daughter Hyun-seo (Go Ah-sung), his sister Nam-joo (Bae Doona) who also happens to be a professional archer, and his alcoholic brother Nam-il (Park Hae-il), a college graduate and political activist. While Gang-du is delivering food to some customers, a huge creature emerges from the Han River and attacks people at random. 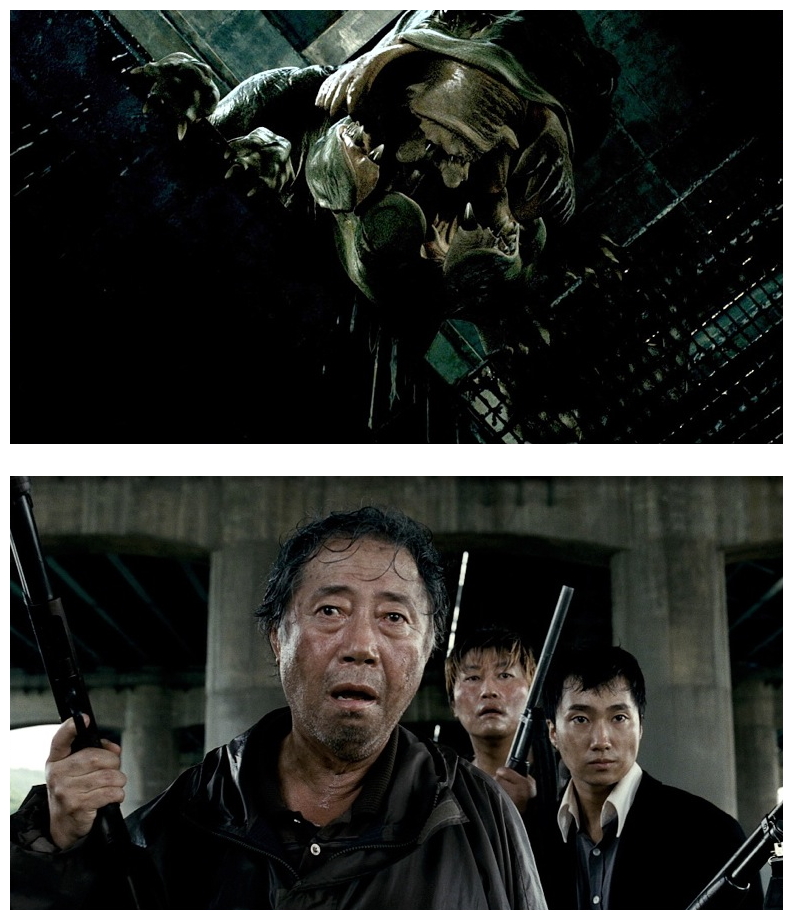 Gang-du sees his daughter in the crowd and tries to grab her in time. Failing to do so, the creature snatches up Hyun-seo in its tail and dives back into the river. After a mass funeral for the victims, government representatives and the American military arrive to quarantine people who had any contact with the creature, including the Park family. Not only is the creature a direct threat, we are told that it also carries a deadly unknown virus. Central to the film is a strong desire to reconstruct family unity, but equally important is the theme of problematic communication both within this entity and with the outside world, as the final sequence demonstrates. As entertaining as it is, The Host nevertheless manifests strong socially conscious morals. Although he hired an American company (The Orphanage) to create the digital special effects for his movie, Bong is overtly critical towards the United States government for interfering in Korea’s internal affairs and feels contempt for the destruction of the environment as the monster originates from chemical products poured into the river under the orders of unscrupulous American superiors. 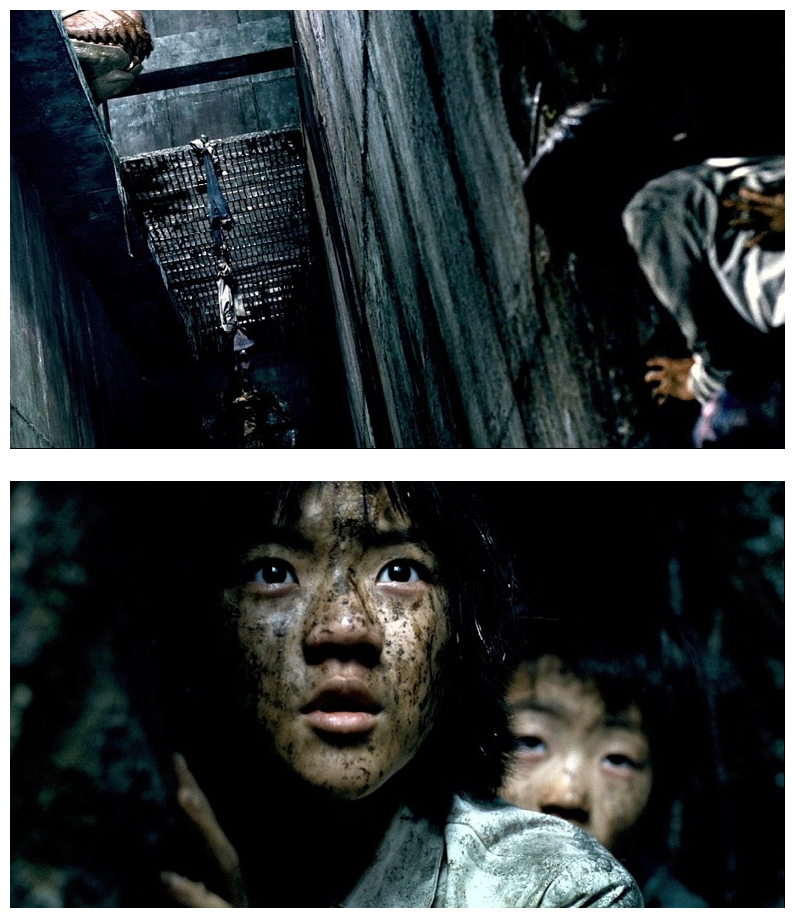 This event described at the beginning of the film is based on an actual event. In February 2000 at a US military facility located in the centre of Seoul, a US civilian employee named McFarland was ordered to dispose of formaldehyde by dumping it into the sewer system that led to the Han River, despite the objection of a South Korean subordinate. The government attempted to prosecute McFarland in court, but the US military refused to hand over the custody of McFarland to the South Korean legal system. Later, a South Korean judge convicted McFarland in absentia. The public was enraged at the government’s inability to enforce its law on its own soil. In 2005, nearly five years after the original incident, McFarland was finally found guilty in a court in his presence. However, he never served the actual prison sentence, and there have been no sightings of a mutant creature in the Han River – yet. The Host also reflects the disillusion of an entire generation, in particular via Gang-du’s qualified but unemployed younger brother. 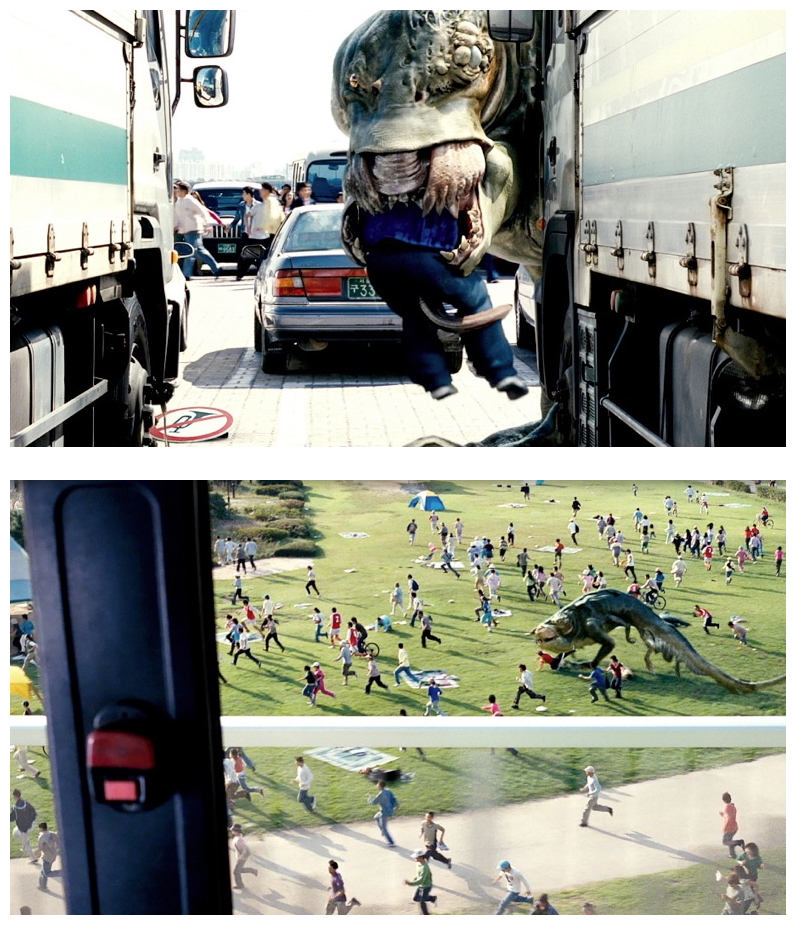 Society is seen as being as monstrous as the creature that it has generated, only much more absurd – whereas the monster simply kills to survive, the authorities are forced to use an even more harmful product so the threat can be eradicated. The film scooped the Asian Film Awards for Best Film, Best Special Effects, Best Actor (Song Kang-ho), Best Cinematographer (Kim Hyung-ku), and is arguably the most watched film in South Korean history, selling more than thirteen million tickets and seen by more than twenty per cent of the population. In 2007 it was announced that a 3-D prequel was in pre-production, with a different director and a budget of about US$12 million and will be based on a script by comic artist Kang Full and, in 2008, it was announced that Universal Studios was to remake The Host in English, produced by Gore Verbinski and directed by Fredrik Bond, but nothing came of it. 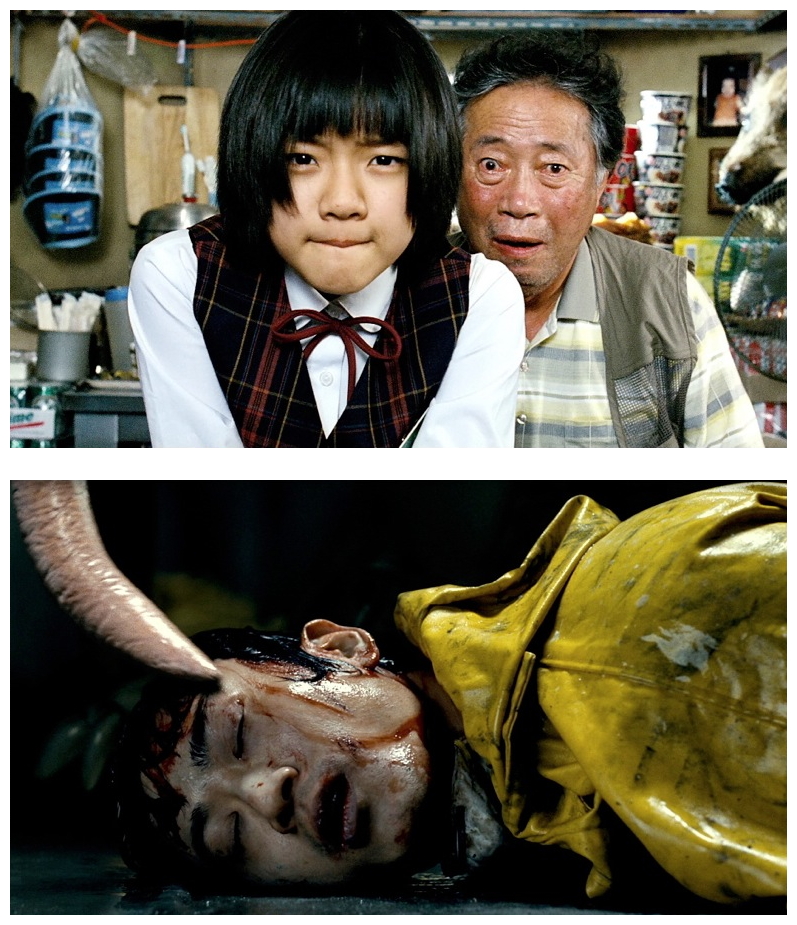 In the meantime, Bong teamed up with fellow filmmakers Michel Gondry and Leos Carax to make the anthology film Tokyo! (2008) followed by his fourth feature film Mother (2009), about a doting mother who struggles to save her disabled son from a murder accusation. Bong’s first English-language film is the metaphorical science fiction piece Snowpiercer (2013), based on the graphic novel Le Transperceneige by Jean-Marc Rochette and Jacques Lob. Set on a futuristic train where those on board are separated according to their social status, it was met with near-universal praise and strong ticket sales, but that’s another story for another time. Right now I’ll ask you to please join me next week when I have another opportunity to force-feed you more unthinkable realities and unbelievable factoids of the darkest days of cinema, exposing the most daring shriek-and-shudder shock sensations to ever be found in the steaming cesspit known as…Horror News! Toodles! 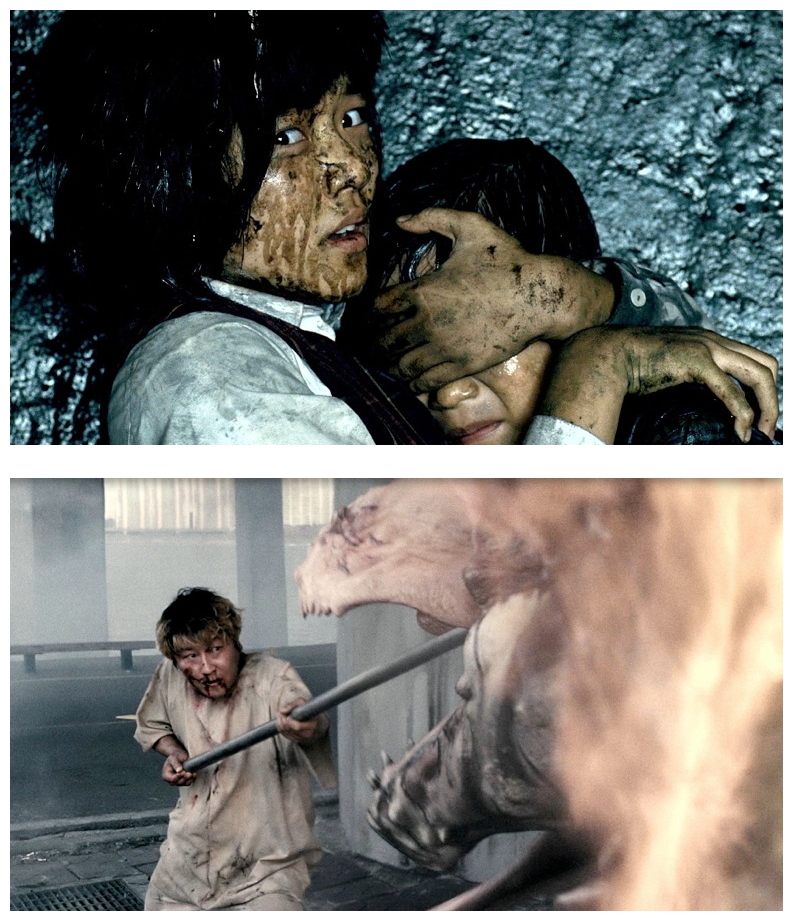