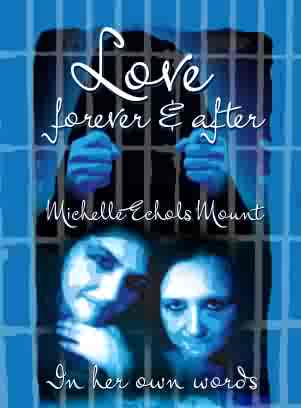 On May fifth, nineteen-ninety-three, in West Memphis Arkansas, three eight year old boys were found murdered in a patch of woods in the back of a truck stop. ..
The chief juvenile Officer had an idea of who might be a suspect. He had been keeping his eyes on him for the last year. Now, the Officer was determined to watch him even closer. He was seventeen at this time. He had long coal black hair and dark brown eyes. He was known as an outsider who wore solid black and a long black trench coat. He wrote dark and sometimes depressing poetry and was manic depressant.

He mostly kept to himself, other than a small group of friends and a girlfriend. He also had a liking for heavy metal music and skateboarding. He was raised on Horror movies and loved to read, especially Stephen King. His name was Micheal Wayne Hutchinson. He was later and better known as his desired name, which he had legally changed, to Damien Echols. Damien, his best friend, Jason Baldwin and another local youth, Jessie Misskelley Jr. were accused for the crime and sentenced to life in prison and one awaits lethal injection on Arkansas Death Row. Some say they are in the right place, others say they are innocent… They are now known as The West Memphis Three.

This book, Love Forever & After, is written by Damien’s sister, Michelle (as seen in the documentary, Paradise Lost, by Joe Berlinger and Bruce Sinosfky, Directors of the documentaries, Metallica: Some Kind of Monster and Brother’s Keeper). Damien has written two books entitled, Almost Home and his latest, Life After Death. Michelle’s book, Love Forever & After, tells the other side of the story as seen by the family during his wrongful conviction, eighteen year incarceration and long-awaited release.

Most supporters (and thousands of others around the world) that know the case already know that Damien, Jason and Jessie Jr. have suffered enough agony and trauma to last them a lifetime. Very few know what their families endured during the time they were in prison and continue to, to this very day. Several books on the case have been written (including Mara Leveritt’s Devil’s Knot, the upcoming sequel, Justice Knot… the biased, Blood of Innocence, Almost Home and Life After Death by Damien, Untying the Knot by John Mark Byers and the upcoming Harvest of Innocence, by Dan Stidham), and continue to be released, but very few of them tell what the HBO cameras and public eyes did not see. Love Forever & After explains what it was like on the other side of the glass, bars, stone walls and barb wired fences as seen through the eyes of Damien’s family. They were roaming the outside world as he was locked up, but far from being one-hundred percent free.
The book starts off by explaining Pam’s (Damien’s mother) life as a child, growing up and meeting her future husband. Later, the reader is introduced to her newly born children, Michael (Damien) and Constance (Michelle), along with close friends she has made along the way.

The reader is taken through fun, trying and hard times growing up with the Echols family. We follow the clan as they move from a trailer park, to a home in the country, complete with fires and storms… and finally to the now infamous Lakeshore Apartments. Everything goes downhill from there and unravels into the worldwide known trial, tragedy and injustice that has shocked and intrigued the globe for years.

As Damien was locked up for eighteen years for a crime he didn’t commit, his mother, sister and even his sister’s children were unfortunately punished for his media driven false guilt as well. Michelle writes in the third-person point of view through the main part of the book. There are also two additional sections called Michelle’s Personal Diary and Afterthoughts (included after the story), where she switches to first-person as if her own personal diary was handed directly from her hands, to the reader’s.

By doing some internet research, I have seen some backlash by some supporters of her brother for supposed rumors mentioned within the book’s pages. Most of which, as during the time of the speculation of guilt, know only what they have seen on television. Some parts may seem as if the intent is taking a little out on Damien for what they have gone through, but concluding the book is their explanation for writing it. This heartfelt segment points out that they have nothing but love and support for their brother and son, despite the distance between them. The title, Love Forever & After was given indirectly by Damien himself. As a supporter of the case, I hope to see Damien and his family work out their differences very soon.

Overall, despite a slight bit of needed editing (this book, unlike Life After Death, is released by a smaller company, a disclaimer is on the Amazon page)… Love Forever & After is a book highly recommended and worth checking out for anyone into the infamous case of The West Memphis Three that are looking for a different perspective (and sometimes, light) that they have yet to hear on the story that we all know so well. There are ups, downs, heartaches, funny moments, lost loved ones, shocking revelations and much more along the way.

Pam also contributes poems to open and close the book (along with a letter to Damien). Also included are two poems by Stormy Wells (Michelle’s daughter) for an intermission and an extensive foreword by best-selling Horror Author and known supporter, Jason Hughes (Without Notice, Someone Still Lives Here and The13th Toll of Twelve Dark Chimes I & II). The beautifully haunting cover art that packages the story is provided by SandS Creative.

The Facebook page for Love Forever & After can be found here: . Michelle is making signing appearances in support of the book at some Hastings locations and Horror conventions. The documentary, West of Memphis (directed by Amy Berg, Director of the documentary Deliver Us From Evil and produced by Damien, his wife, Lorri Davis, Peter Jackson and Fran Walsh) by Disarming Films, is due to hit theaters in January. The motion picture adaptation based on Mara Leveritt’s (The Boys on the Tracks) novel, Devil’s Knot (directed by Atom Egoyan, Director of Chloe and produced by Clear Pictures Entertainment) is due in theaters early next year. An adaptation of Damien’s book, Life After Death is also in pre-production by long-time supporter, Johnny Depp’s production company, Infinitum Nihil. The Paradise Lost documentary trilogy was just released in a special edition box set and is continued to be shown on HBO, gaining many new supporters and those questioning the case with every new airing. Jason Baldwin, Jessie Misskelley Jr. and Damien Echols are still seeking exoneration and a light at the end of the tunnel, leading to the real killer of three innocent eight year old boys. As they have for years, thousands of supporters continue to stand against the state of Arkansas’ error, wrongful conviction and injustice that started the ball rolling for freedom, exoneration and much deserved inner-peace of everyone involved.